To the north of the harbour of Rush, North County Dublin is a headland or promontory fort named Drumanagh. One of the largest and most impressive monuments of its type in Ireland it is defended by a series of closely spaced banks and ditches. It is a nationally important Iron Age site and is internationally important in terms of Ireland’s relations with the Roman world. Almost 1500 years later the site was chosen for the location of the Drumanagh Martello Tower. 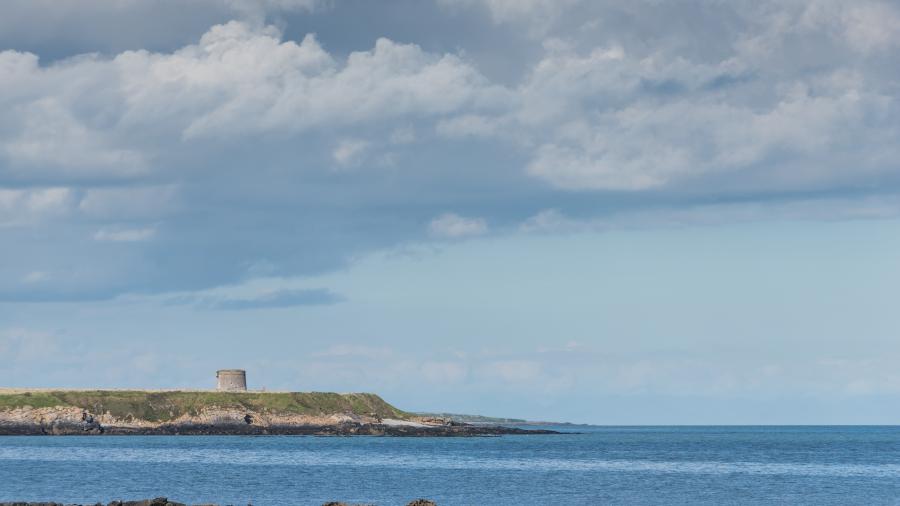