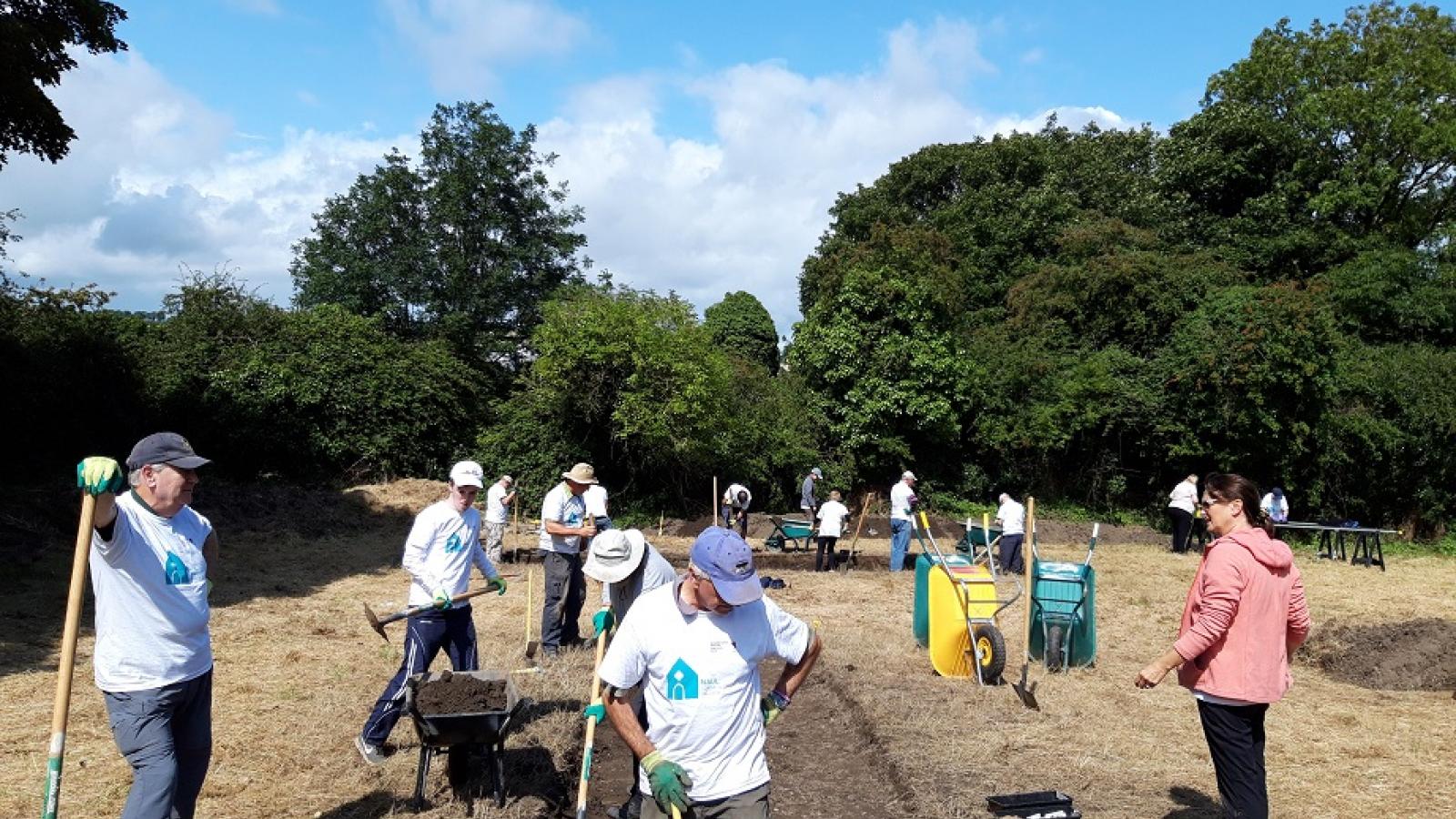 The Naul Community Dig 2019 was requested by Naul Community Council to take the form of a community excavation during national Heritage Week 2019, in order to engender awareness of the site and engage new members of their growing community with the village’s historic past. It was designed to archaeologically investigate the site ahead a proposed graveyard extension and to inform future works including the possibility of a community garden by investigating the remains of possible garden features including paths. 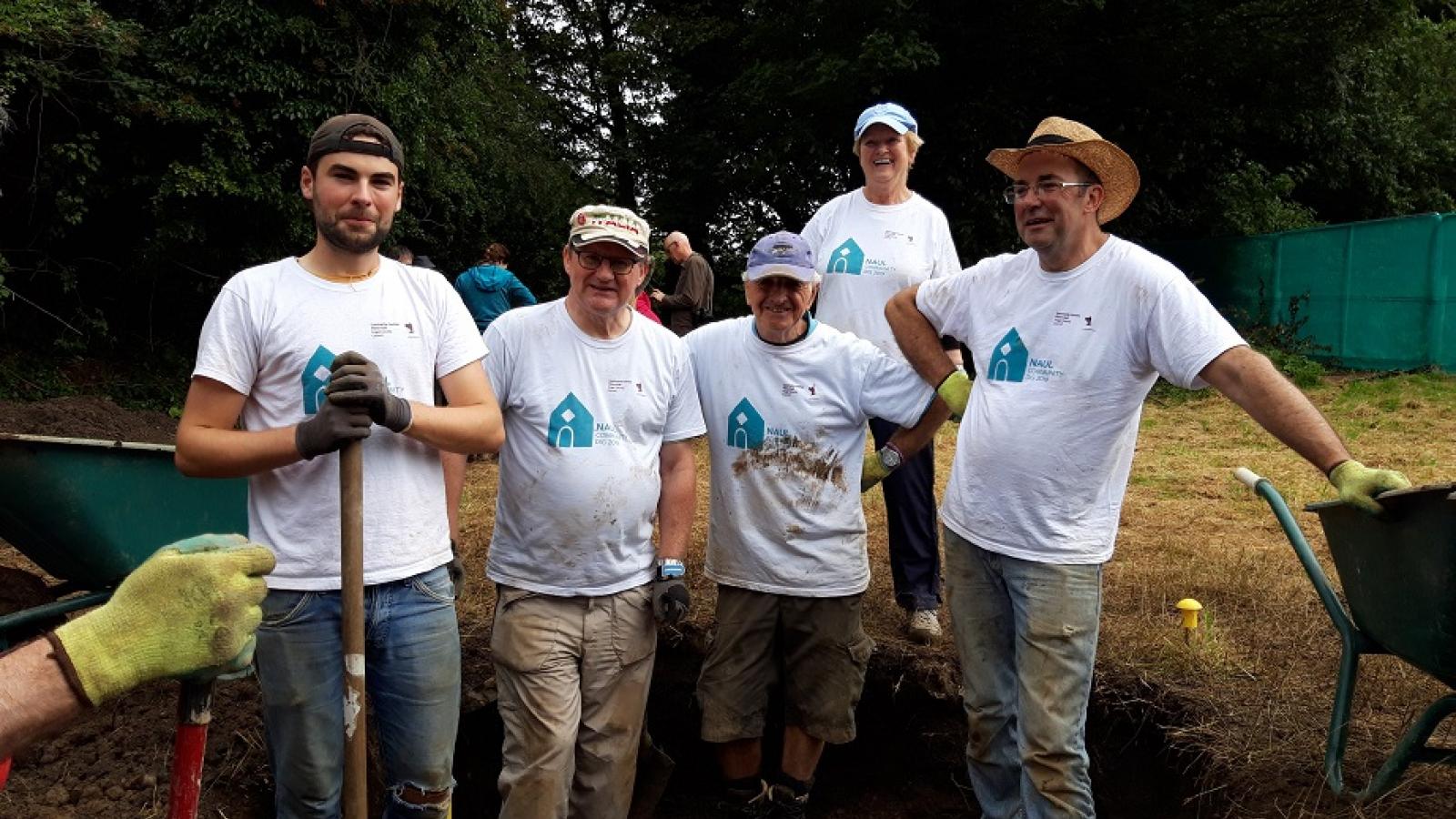 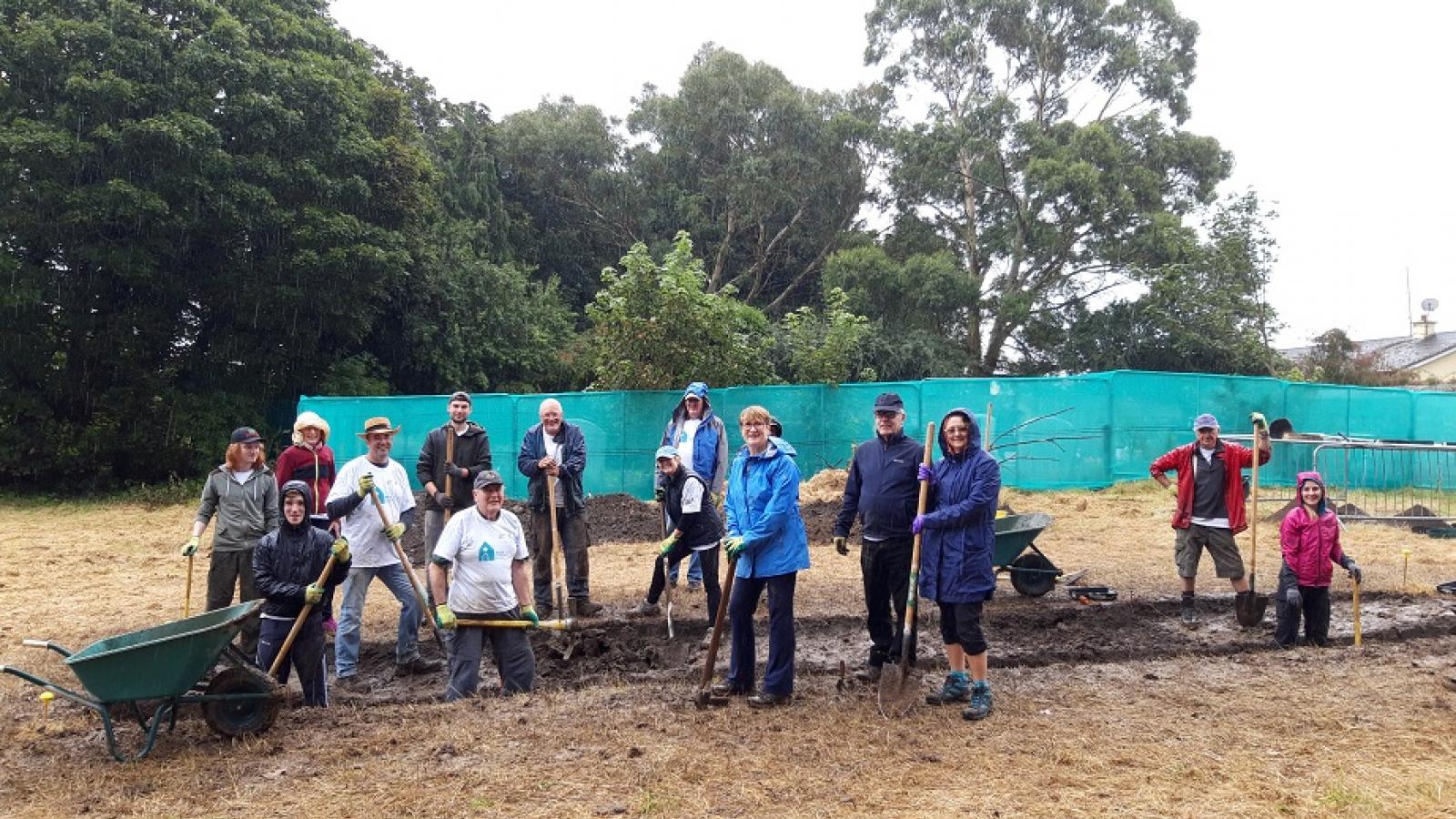 Naul or the Naul derives its name from An Aill, meaning the cliff, which bounds the River Delvin. Located south of the Dublin-Meath border Naul village is within a prehistoric landscape with the Neolithic ridge of Fourknocks passage tombs c.1.5km to the north-west and the Bronze/Iron Age Knockbrack hillfort and tumuli c.2km to the south-east. The area was apparently the location of a number of battles between the Irish and the Norse in the eleventh century. Towards the close of the twelfth century the Anglo-Norman manor was established, and the castle was supposedly built by the De Geneville family. However, the structure that survives today appears to be a fifteenth century tower house. Around the year 1200 it passed through marriage to Stephen de Crues to whom construction of the medieval church is attributed.The dig took place in the field located directly north of Naul graveyard (DU0042-004005-) and just over 40m south of the Black Castle (DU004-045009). Approximately 125m to the east is a chalybeate spring known as Lady well holy well (RMP DU004-045003). 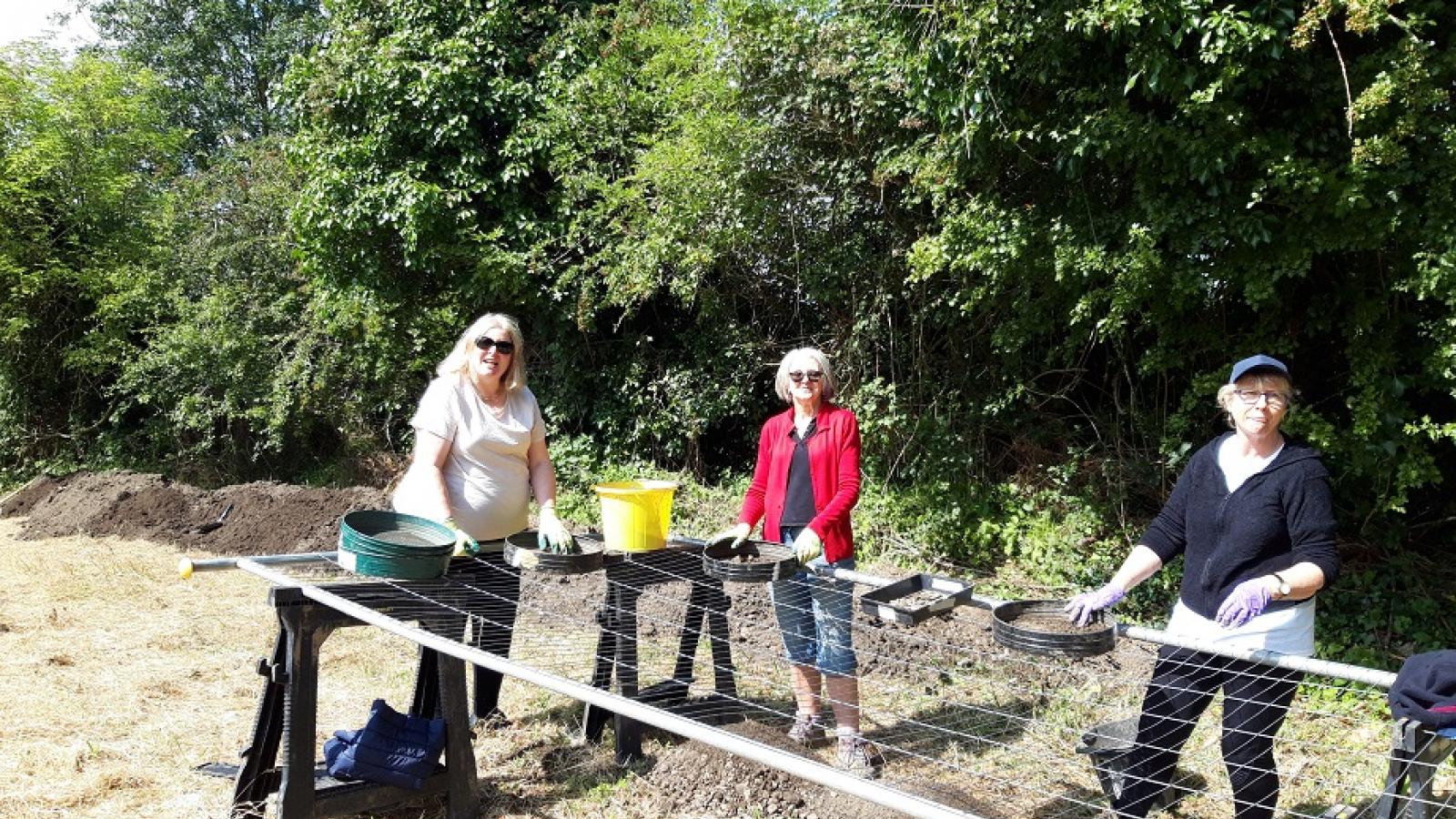 The Naul Community Dig 2019 established that the field to the rear of the graveyard, known as the Sexton’s field was used for cultivation from the thirteenth century. A small number of medieval pot sherds and a plough pebble were recovered providing evidence for its medieval origins within the manor of Naul. The artefacts recovered indicate dumping of building materials and the continued use of the site for cultivation into the nineteenth century. The site can be considered highly disturbed by nineteenth century furrows and its twentieth century use as a garden.

An important aim of the Naul Community Did was to engender awareness of the site and engage new members of their growing community with the village’s historic past. Almost 40 volunteers took part and included those of different generations from the immediate locality and the growing Fingal community-based archaeology community. The results of the dig and the historic context of the village are contained in the report and guide below