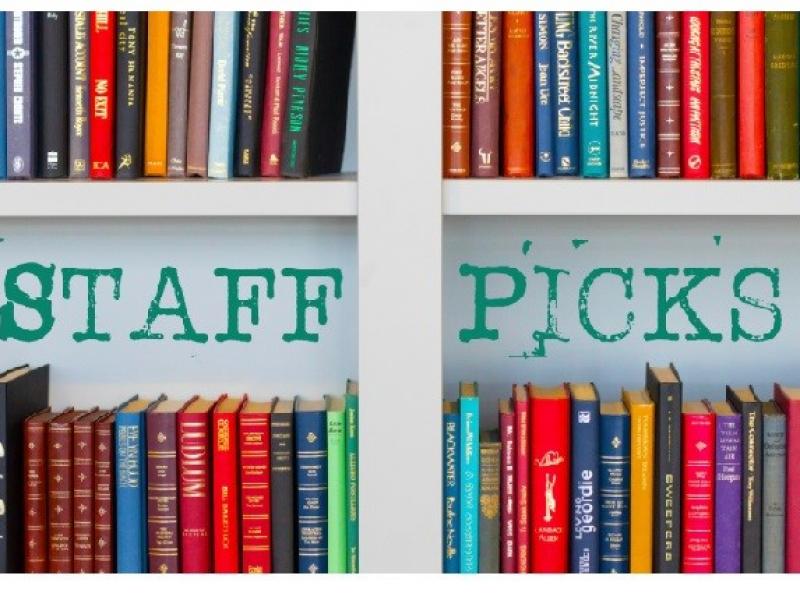 It is the story of a lady named Eleanor Oliphant who goes along with life day by day. Eleanor is not a very sociable person and her work colleagues think that she is boring because she does not stray from her routine. Every weekend she treats herself by sitting at home alone with a pizza and a litre of vodka.

One day a new colleague befriends Eleanor and he encourages her to go out for lunch and do more spontaneous things. Her new friend opens the world of Eleanor Oliphant.

There are many twists in this book. It is very warming and funny but sad all at the same time. I found it an excellent read as it highlights the issue of mental health and illustrates how a little compassion can save lives. 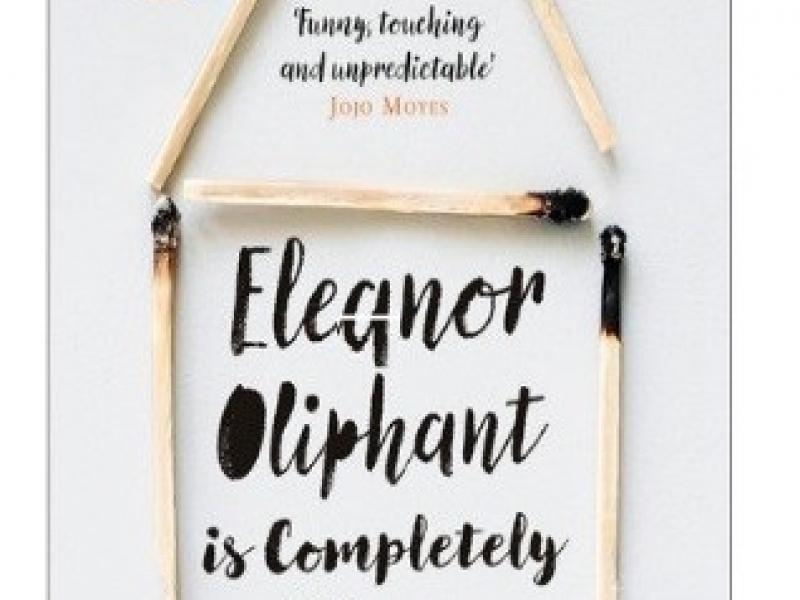 Longlisted for the Booker Prize 2019, The Faculty of Dreams (or "Valerie") is a re-imagining of the life of Valerie Solanas told by Sara Stridsberg through artful recreations of her movements and thoughts. It shifts back and forth from her tragic last days where she was dying of pneumonia alone in a San Francisco motel, back to her heart-wrenching childhood experiences. She revisits Valerie's time in New York where she was trying to become a writer, trying desperately to be heard and to bring to life the extreme feminist movement outlined in her SCUM manifesto. She experienced so much suffering there: she was homeless and worked as a sex worker. She spent time in the Warhol Factory and starred in some of Andy Warhol's films before famously shooting him in 1968. She led a fascinating but tragic life full of passion and dreams and Stridsberg presents it in a new and captivating light. "Study the laboratory mice who time after time fall outside the scope of the experiment" - Stridsberg, 2019 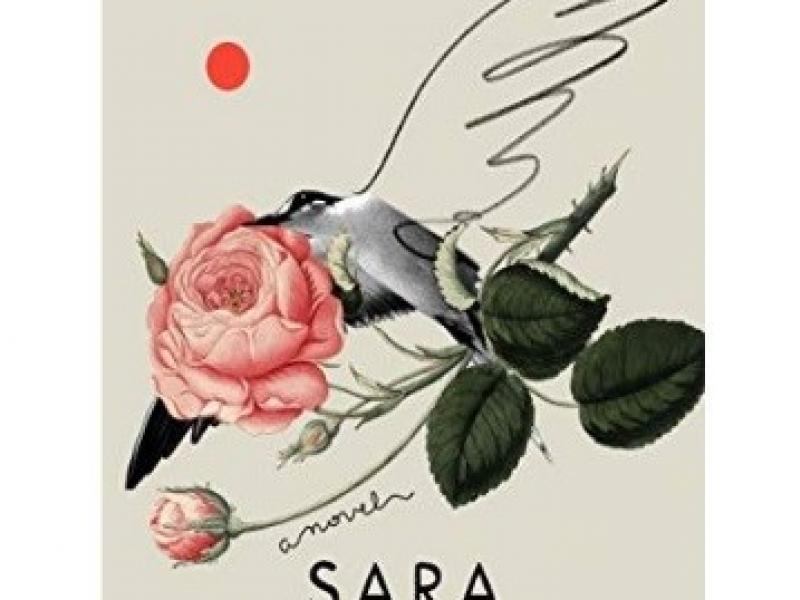 I recently read Number 11 by Jonathan Coe. It was essentially a book of short stories where the people were all interconnected somehow. One of my favourite stories in the book was when a woman was selected to go on a celebrity reality TV show. Her ordeal was described, and it was interesting how her view and the audience's view differed because of TV editing. It was a quick and interesting read with an unexpected twist at the end. 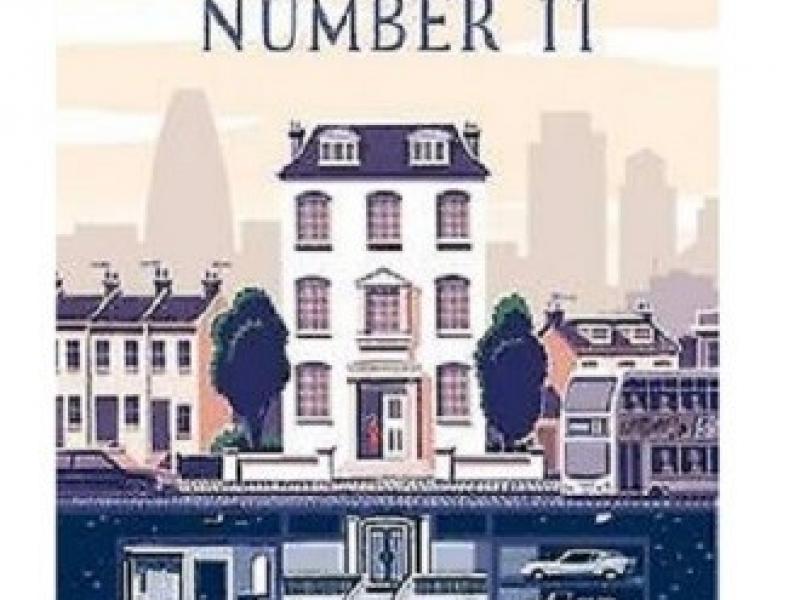 It is raw, direct, honest, painful and hilarious all at the same time. Maternity is a mystery to all women until they become mothers. It does not matter your background, your preparation, what you think is going to be or what others have told you. It hits you with intensity, it overwhelms you and leaves you wide open for ever. You experience the greatest love ever, but it is mixed with feelings of loss, grief, guilt and boredom. 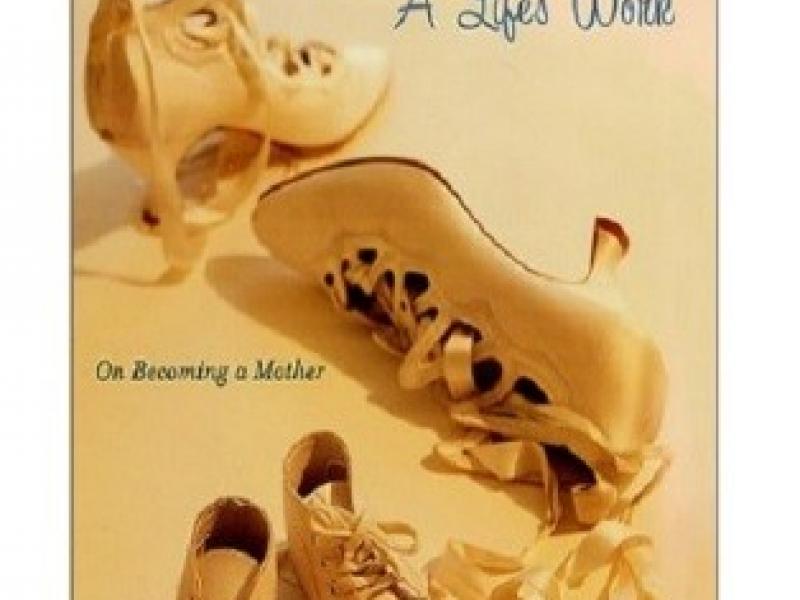 This is the latest book from Alan Furst, the master of wartime espionage novels. Paul Ricard is a writer of detective stories in occupied Paris in 1942. A dying man, fleeing from the Gestapo, hands him a blueprint of a detonator. It has been smuggled out from a factory in Germany by Polish slave labourers. Ricard tries to get the document to members of the resistance movement, who will eventually get it to the Allies in London. He is reluctantly drawn further into this world. He ponders Trotsky’s maxim: ‘You may not be interested in war, but war is interested in you’.

Posing as a journalist, he soon becomes part of a resistance network, even travelling to Germany itself with his Polish friend Kasia. He also travels the escape routes to Spain to check safe houses along the way, not knowing who he can trust and trying to keep ahead of the Gestapo.

He works with a professional spy, the mysterious Leila, to undermine the Nazi regime and attempting to get information to London. Told in Furst’s usual spare prose, this book is an atmospheric evocation of wartime Paris. 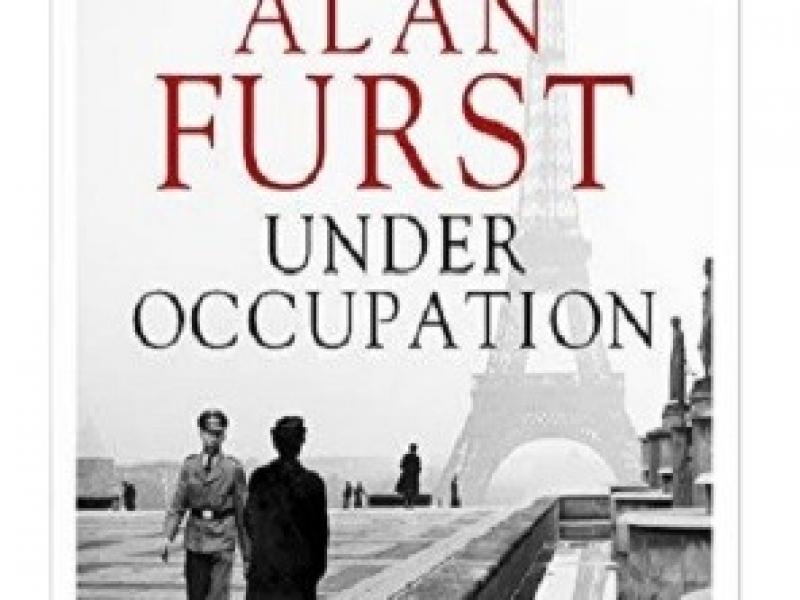 Cold Black Mornings (Little Brown 2018), Brett Andersons first memoir was a coming of age reflection on how our childhood make us the people we eventually become.

Afternoons with the Blinds Drawn (Little Brown 2019) follows on with the rise of his band Suede in all their Britpop glory.

Band feuds, chemical abandon and general mayhem are the order of the day in a brutally honest reflection of the bands rise and fall and rise again in a business that spits you to the gutter when the hits begin to dry up.

Coal Black Mornings was a great read, Afternoons with the blinds drawn is even better. Essential reading for any music fan. One awaits the third volume in anticipation of another atmospheric title and further revelatory flashbacks. 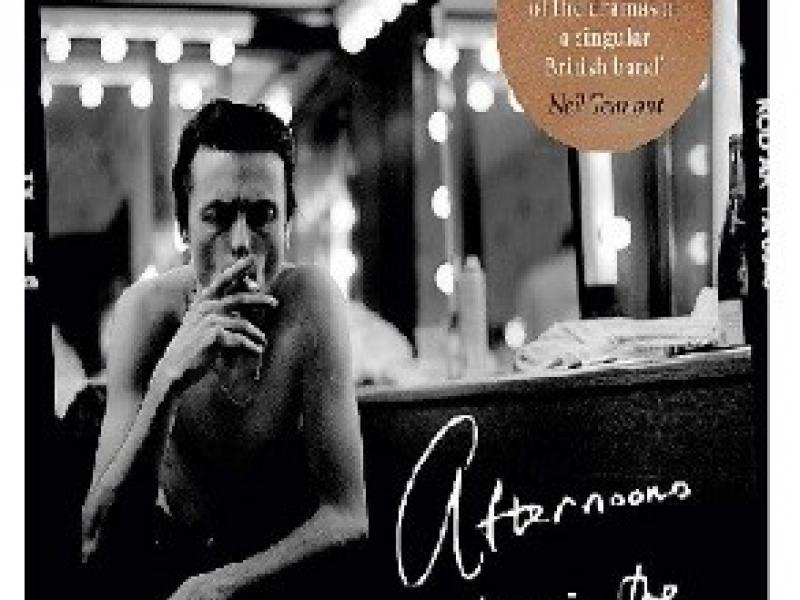 From the first page of Mockingbird Songs I was hooked. I found myself on a journey to uncover the truth hidden in a small American town. Mockingbird Songs, it's going on my list of brilliant books. I love the easy flow of the book best, and the plotline was intriguing.

The story is beautiful, tragic, family story. The prose atmospheric. The characters feel so real - regardless of their flaws, you cannot help but empathise with them. At times I found it heart-breaking.

While I was reading this book, I began to talk about the characters to my family as I felt so engaged with the characters. They were hooked so in the end there were 5 of us in the house reading it. One of my sons who is a reluctant reader loved it and has continued to read ever since.

Well worth a read 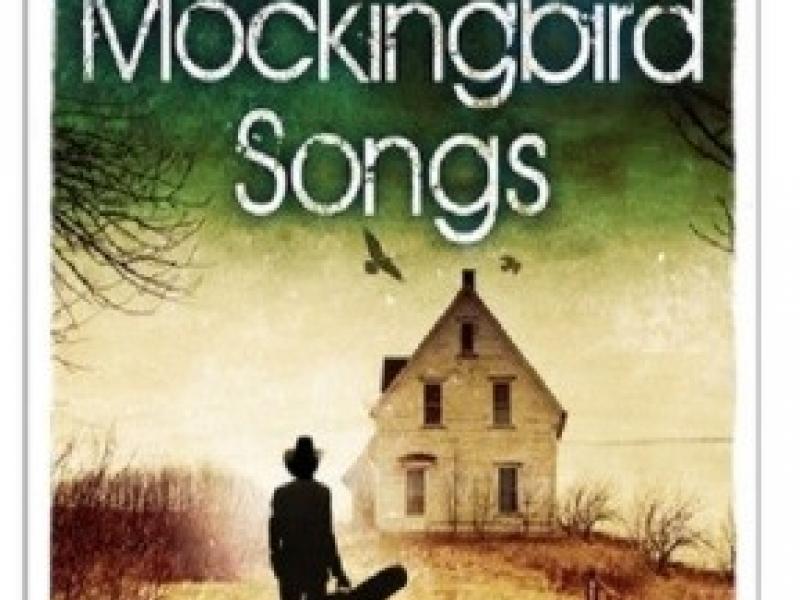 It centres on an appalling miscarriage of justice. Recently wed Roy and Celestial are staying in a motel on a visit to Roy’s parents in small-town Louisiana when they are suddenly ripped from their beds and thrown to the asphalt outside, lying in “parallel like burial plots”. A woman whom Roy briefly met earlier in the evening while fetching ice has been raped and has identified – with certainty, but no apparent evidence – Roy as the perpetrator. Jones neither elaborates on the circumstances of the assault, nor the subsequent trial; the reader is simply given to understand that a black man, in the wrong place at the wrong time, will find retribution meted out swiftly and unquestioningly.

The novel focuses on the failed hopes of romantic love, disapproving in-laws, flawed families of origin, and the question of life with or without children that all married couples must negotiate. It is beautifully written, with many allusions to black music and culture — including the everyday poetry of the African-American community that begs to be heard. 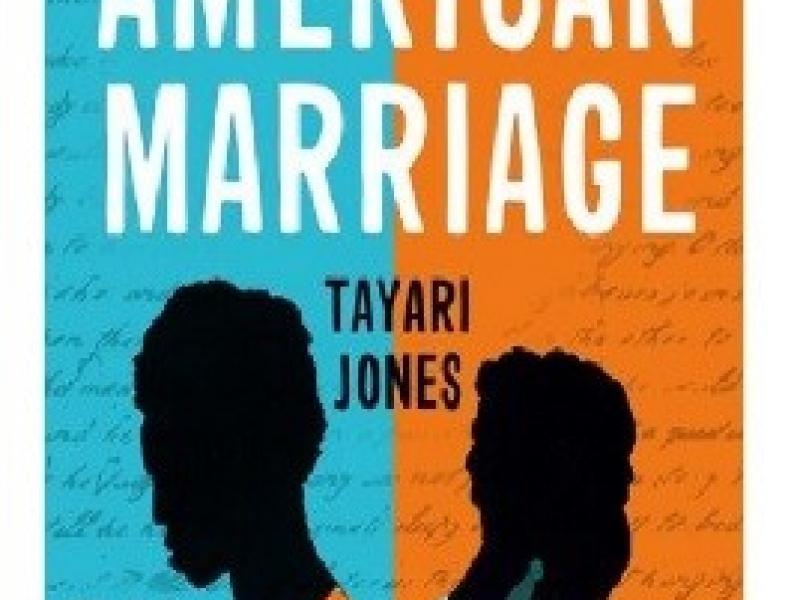 2019 marked the 70th anniversary of George Orwell’s landmark novel, 1984. Lynskey fully examines Orwell’s early career and journalism, his part in the Spanish Civil War, and subsequent disillusionment with those on the left who looked to the Soviet Union for leadership. Animal farm and 1984 were dramatic departures from Orwell’s earlier realistic novels based on his peripatetic life, and 1984 was almost immediately recognised as a classic work of dark imagination with political and social resonance. The novel has brought new phrases into the popular lexicon: Big Brother, thought police, doublethink, Room 101. There is an extensive look at the enduring legacy of the book in literature, politics, and popular culture, and its appropriation by commentators and groups with very different ideologies. 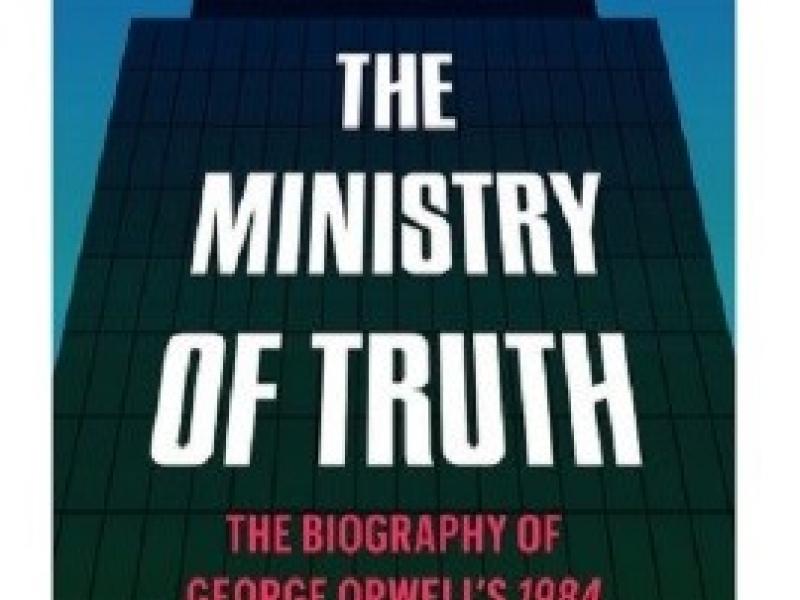 Orwell, 1984, and his fraught time in the Spanish Civil War feature again in Duncan White’s huge study of writers who became significant figures in the Cold War conflict. One amazing anecdote is that the CIA dropped 500 copies of Animal Farm into Poland in 1955 from inflated balloons. Some authors like Graham Greene and John le Carré worked for the British secret service and drew on those experiences in their fiction. Particularly compelling are those figures behind the Iron Curtain like Anna Akhmatova, Alexander Solzhenitsyn, and future Czech President Václav Havel who continued as dissident writers even at the risk to their own health and liberty. The turmoil of the Vietnam War and the furious debates the war provoked in the United States is vividly illustrated, with Mary McCarthy’s work prominent. Explored are less well-known figures like the poet Gioconda Belli running guns for the Sandinistas in Nicaragua, as the book moves through decades and continents to the dissolution of the Soviet Union. 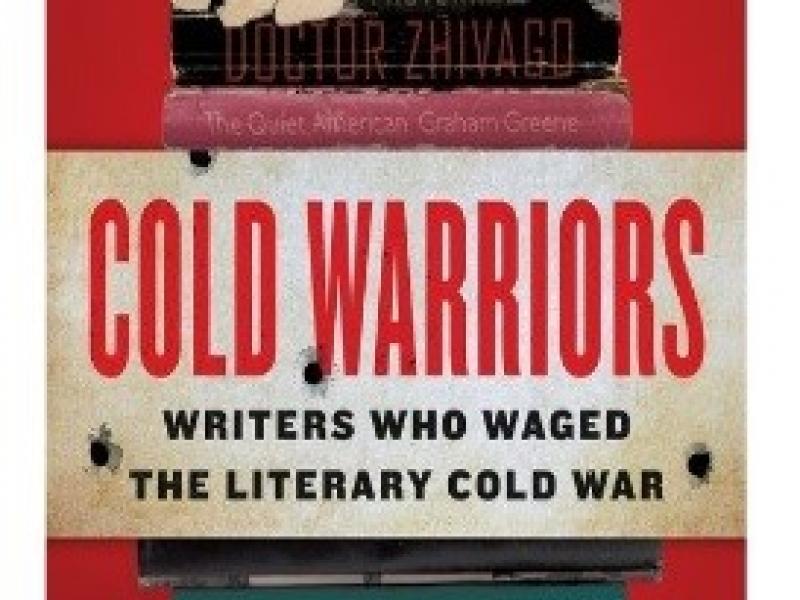