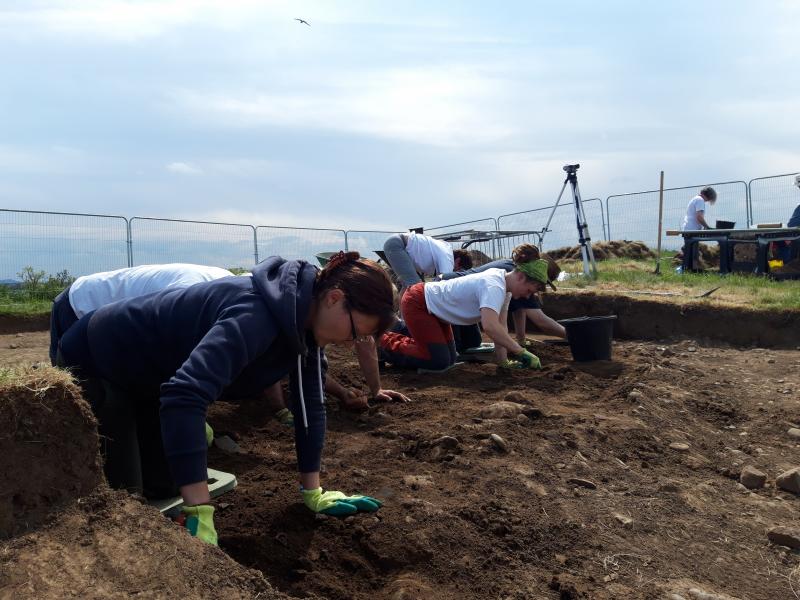 Building on the success of previous seasons of community excavation Fingal’s Heritage Officer and archaeologist Christine Baker is undertaking another excavation at Drumanagh promontory fort with a team of professional archaeologists and volunteers from the local community and beyond. This year the dig coincides with National Heritage Week and it is hoped that people will visit throughout the two weeks, although do bear in mind that the dig itself is for over 18s only.

Drumanagh is a nationally important archaeological site and is of international significance in terms of Ireland’s relationship with the Roman world.

‘Community excavation is an objective of the Drumanagh Conservation Study and Management Plan, so it is fantastic to be undertaking another season of excavation at the site’ said Christine. ‘We will be investigating a trackway visible on aerial photographs that extends from a possible landing point. What we uncover will inform the future management of the site. It is also hugely exciting for the local community who have such a love for the site’. 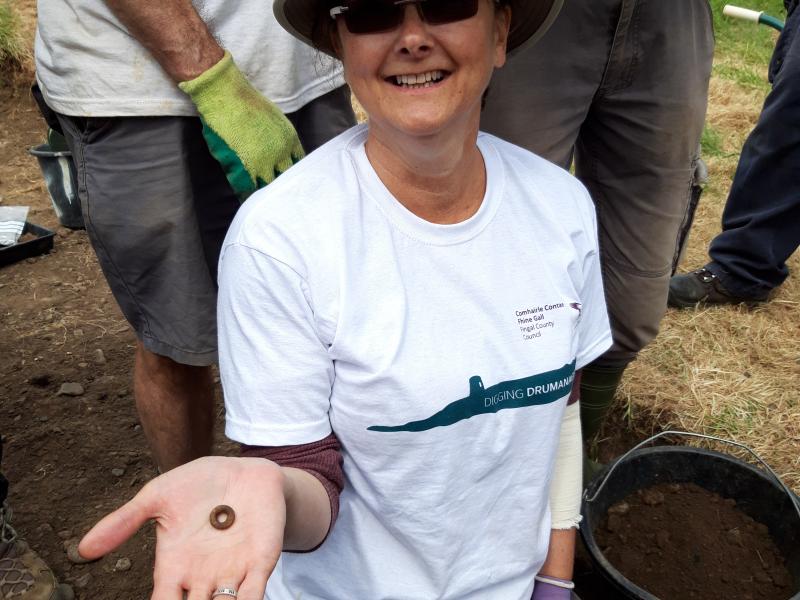 Previous seasons of excavation uncovered evidence of the Iron Age at the site, with pottery from Roman Spain, that would have held olive oil, found at the site. Two decorated antler combs and a hilt from a small sword found can all be dated to the 1st-3rd centuries AD. Radiocarbon dating of two human bones and seeds reflect a similar date range.

‘The people of the Iron Age were known as the invisible people. Here at Drumanagh we have evidence for settlement, trade, death and burial from two thousand years ago, all uncovered by the community of today’ said archaeologist Christine Baker. 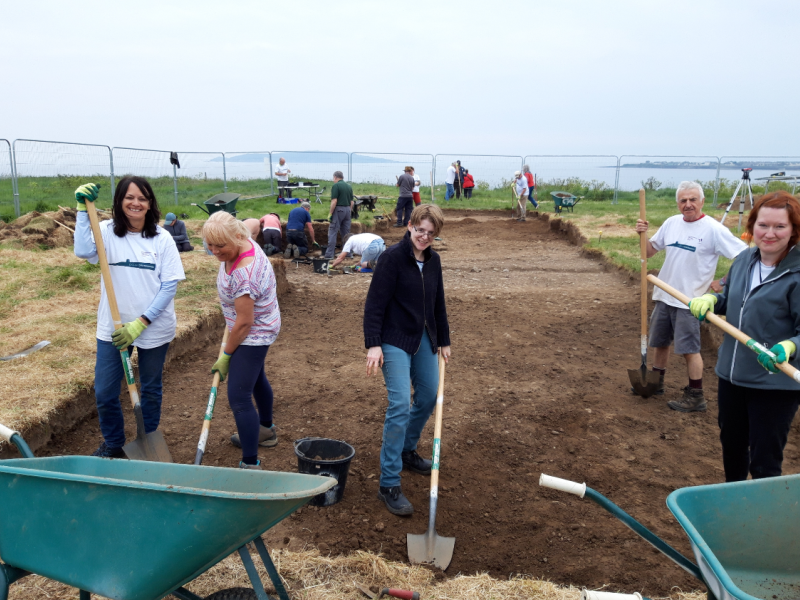 Season 3 of the community excavation Digging Drumanagh will take place between 17 August and 31 August 2022. If you want like to take part or would like to read about the work to date please go to https://www.fingal.ie/digging-drumanagh or contact Fingal County Council’s Heritage Officer at [email protected]