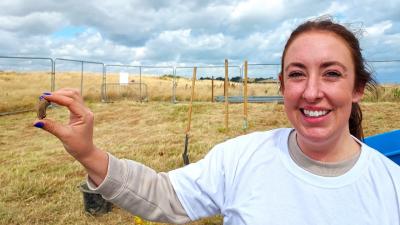 Season three of Digging Drumangh is part of the community-based research dig at Drumanagh Promontory Fort, Loughshinny. Excavation at this nationally important Iron Age site continues to uncover evidence for contact with the Roman world. Reflecting the school’s curriculum, this video records what is involved in archaeological excavation and post-excavation. 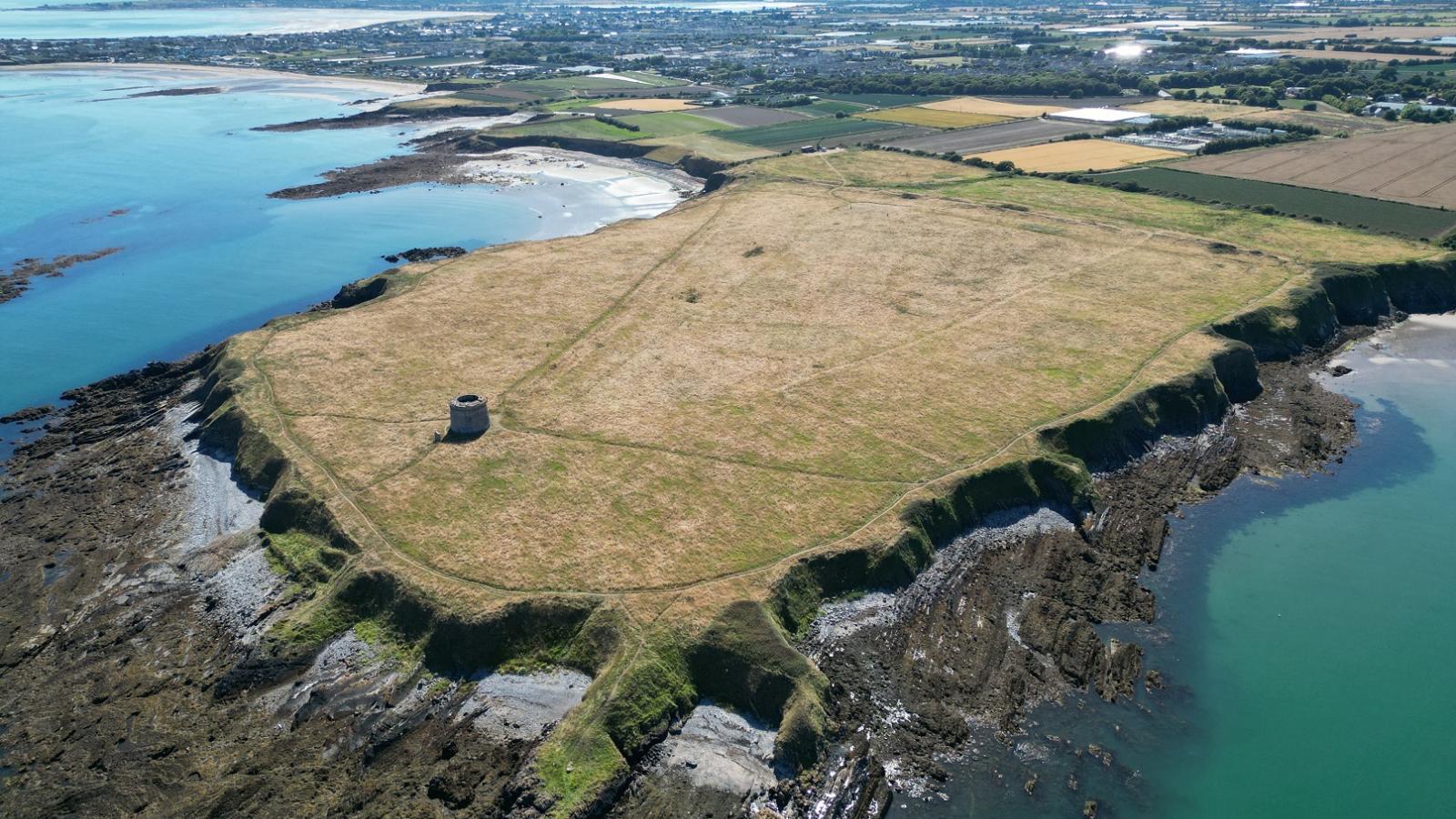 Drumanagh promontory fort is a nationally important archaeological site and is of international significance in terms of Ireland’s relationship with the Roman world.  The site consists of a headland of c.46 acres defended by a series of earthworks-three closely-spaced earthen banks and ditches. Read more in the Drumanagh Promontory Fort-Conservation Study 7 Management Plan 2018-2023

The Digging Drumanagh project was designed to fill in knowledge gaps about the site, involve the community and raise awareness of it significance in terms of archaeology, history and ecology. These are the first scientific excavations ever undertaken at the site. 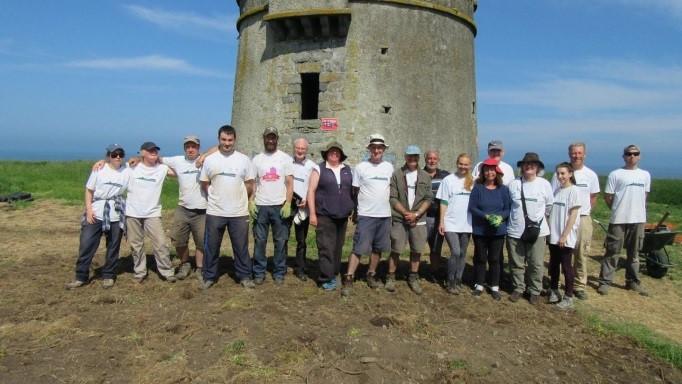 The focus of the Season I excavation in 2018  was the Martello road in the vicinity of the early 19th century Martello tower, towards the eastern limit of the headland.  Two trenches were excavated and showed that the building of the Martello road disturbed Iron Age deposits. A number of fragments of human bone were also recovered including the cranial fragment of a female aged between 18 and 45 years at the time of death, which was dated to BC 170 – cal. AD 52. A long bone identified as an adult femur was recovered from the area south of the Martello road which returned a date of cal. BC 49 – cal. AD 118 indicating at least two burials in this area. There were also extensive remains associated with the occupants of the Martello Tower. See Season I Drumanagh Preliminary Report 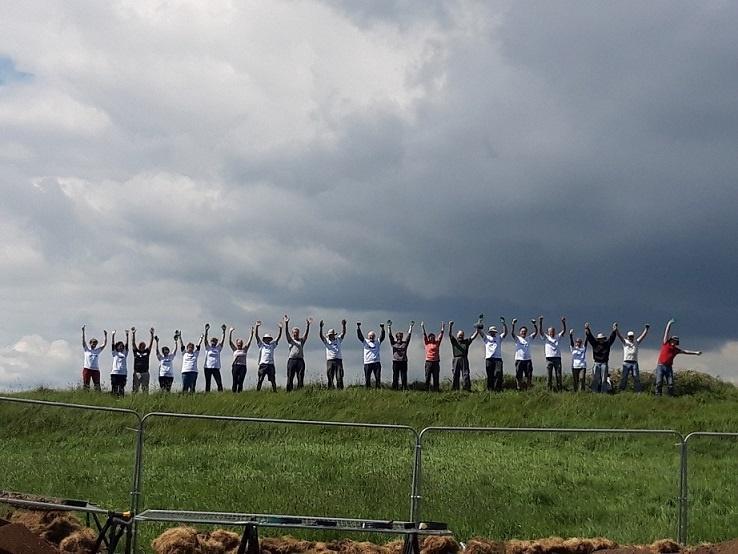 The 2019 Season II excavation took place at the other end of the Martello Road, near to the ramparts. Here a prehistoric structure was identified by the post and stakeholes left behind when the wood rotted. Nearby was a stone platform associated with a weaving comb along with numerous bone points, possible bone tools and a bone needle indicating processing and/or craftworking and textile production was being carried out here. The presence of almost 80 sherds Dressel 20 pottery from the Roman province of Baetica in Southern Spain and other Romano-British material confirms there was significant contact between Drumanagh and the Roman world in the 1st-3rd centuries AD. See Season II Drumanagh Preliminary Report 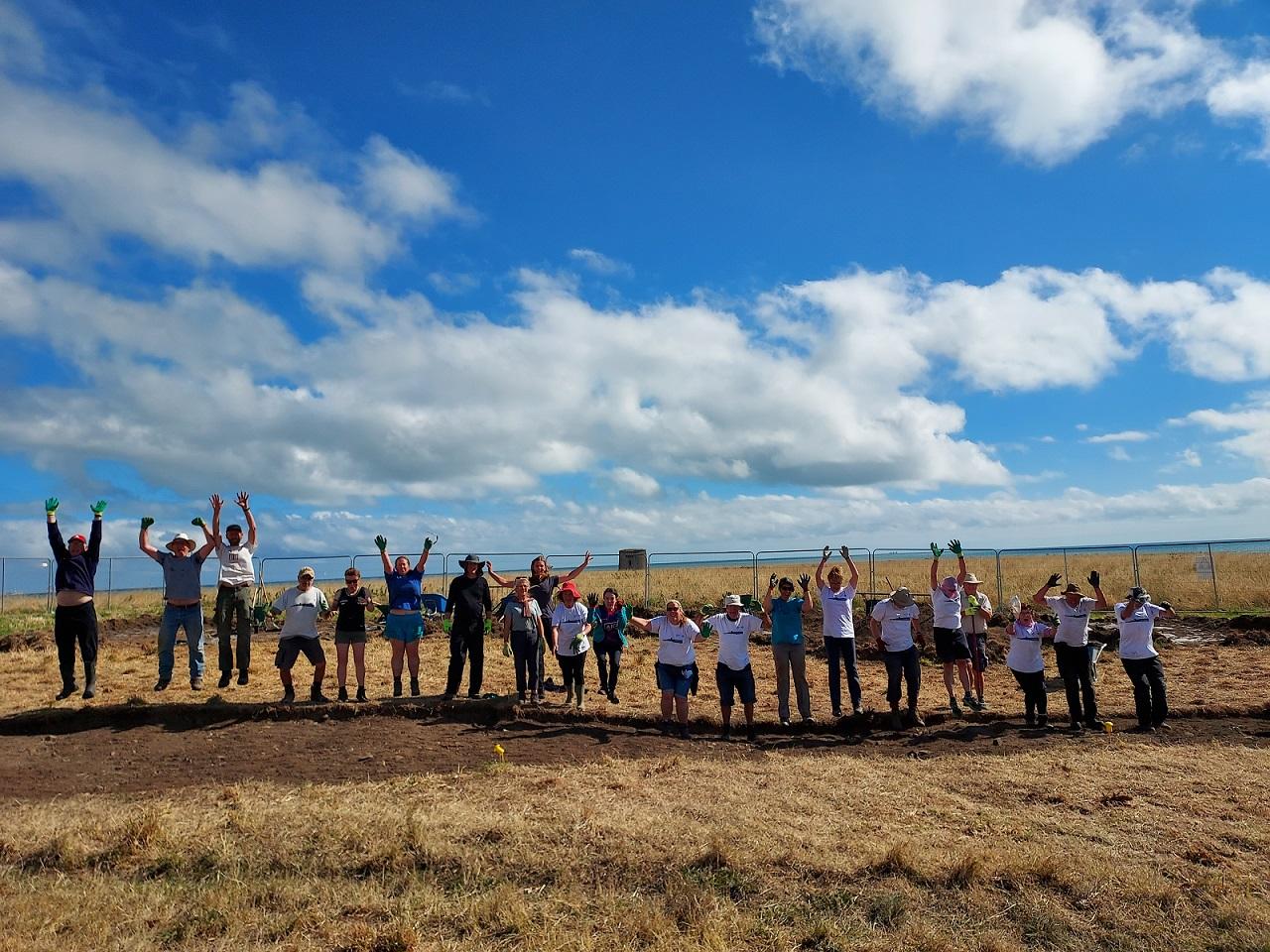 The focus of the 2022 Season III excavation was to determine if a lane or roadway identified on aerial photographs and geophysical survey was of ancient or more modern origin.  The lane left little evidence indicating it was of modern date. Instead the collapsed wall of a structure was identified. A deposit rich with animal bone was excavated from within the structure.  Sherds of at least four different types of pottery from the Roman world were recovered as were fragments of glass vessels and a number of glass beads. Post-excavation and specialist analysis is ongoing.

Heritage Week 2022 saw the start of Season III Digging Drumangh, part of the community-based research dig at Drumanagh Promontory Fort, Loughshinny. Excavation at this nationally important Iron Age site continues to uncover evidence for contact with the Roman world.  Reflecting the school’s curriculum, this video https://youtu.be/3B_R9XASjuw records what is involved in archaeological excavation and post-excavation, celebrates the experiences of the participants and summarises what was found in Trench 4. 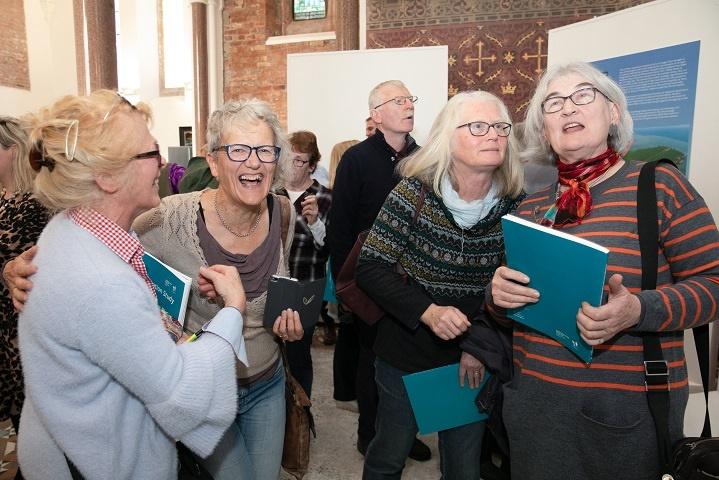 Sharing of the results is an important element of the project. The Drumanagh Exhibition has been on display in Rush Library, County Hall, Swords and formed part of the St. Patrick’s Day 2019 event in Rush Community Centre. Talks have been given to the Loughshinny & Rush Historical Society and UCC Archaeology Society. 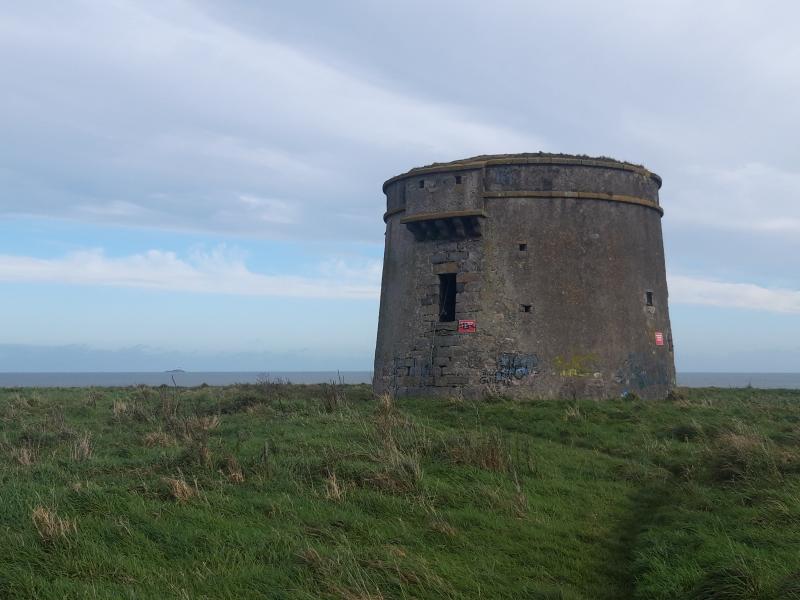 Inspired by the coastal tower of Cape Mortella, Corsica and built to defend the coast against attack from Napoleon in the early 19th century, Martello towers were circular, stone-built three-storey towers, standing about 7.3m high, rising to a parapet. The Martello towers were designed and built by the Board of Ordnance, an independent section of the military who trained its own specialist troops, the Corp of Royal Engineers to build the towers, and the Royal Artillery who manned them. Each tower had a detachment of up to fifteen men and held an 18 or 24 pounder iron canon which required at least nine men to fire.

One of twelve Martello towers that extend along the coast of Fingal, Drumanagh Martello tower was positioned on the promontory ‘for the defence of Rush Strand and River, the pier and cover at Drummanagh Point’. Work began on the first nine towers on the north side of Dublin Bay on 1 September 1804, but construction was postponed until the spring of 1805. The towers were built so quickly that negotiations with the owners for the price of the land often took place after the towers had been built. The deed for Drumanagh and Rush Martello towers between Robert Palmer and Benjamin Fisher dates to 22nd October 1806 when the land was purchased for £132.13.9. This was over the average plot price of £50 per tower in Fingal but substantially less than the £600 the Earl of Howth received for plots at Howth and on Ireland’s Eye (Bolton et al 2012, 22).

Following the end of the Napoleonic wars (1816) a use had to be found ‘to prevent them from sustaining damages’ (Bolton et al 2012, 74). By 1826 Drumanagh tower is recorded as being occupied by the Preventative Water Guard who used the towers as part of their anti-smuggling operations. In 1829 it is described as ‘a round tower constructed for 16 men, bombproof with a store room and water tank. The Tower is occupied by the Preventative Water Guard and is in a sound condition but kept in a very dirty state. The East side of the roof lets the water in a little…’. Drumanagh tower was disarmed in 1874, when it was described as being in ‘Middling condition’ and later let to Sir Roger Palmer for £2. In 1908 the War Department sold the tower to Sir Roger Palmer of Kenure Park for £50 (Bolton et al. 2012, 172).

Survey of Drumanagh Martello tower is an action of the Drumanagh Conservation & Management Plan 2018-2023. This was undertaken by MMA Consulting Engineers in November 2020 and will inform future works. A 3D laser scan survey was carried out to capture all internal and external areas of each site.

This survey project was funded by the Community Monuments Fund 2020, an initiative of the National Monuments Service, Department of Housing, Local Government and Heritage.