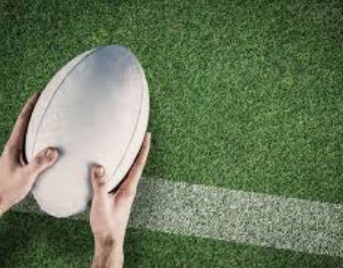 We are delighted to announce that the following Fingal Clubs have been successful in the Sports Sustainability Competition:

The clubs listed above applied for funding from the Environment Department of Fingal County Council through the Fingal 2020 Sports Sustainability Competition. They each identified three environmental initiatives that they will work on in their clubs.

Following assessment of the applications received from clubs all around Fingal it was decided to award and work with the seven clubs who submitted applications for the competition.

Each will receive payments of €2,000 to be invested in the projects.

These projects can range from eliminating single-use plastic bottles/ coffee cups from the grounds and club rooms, installing a water refill-point for reusable water bottles to introducing a sports gear swap shop for boots and jerseys. The initiatives could also include actively encouraging green travel by walking and cycling to the club grounds, an action day or a children’s poster competition.

In 2019 a very successful competition was run by Fingal County Council’s Environmental Awareness Officer Sinead Fox in which six Fingal GAA Clubs were awarded funds for introducing sustainable measures into their clubs.

This ‘waste prevention’ project is especially effective as it targets an already enthusiastic group who may have an interest in improving their clubs. Many club leaders might already have thought of introducing sustainable measures, so it is great to be able to assist them with funding and mentoring. The other very positive element of this project is the number of participants that could potentially affect; when we put all the members numbers together it will have the potential to reach 3,155 adults and juveniles. Each club also had to choose a buddy club with whom they will share the learnings and outcomes.

Director of Services for the Environment, Climate Action and Water Services Department Ethna Felten commented: “The Environment Department are delighted to be working with soccer and rugby sports clubs in the county on these very positive waste prevention initiatives. We would like to see more organisations and clubs introducing such sustainable actions and all working together to prevent waste.”

In 2019 Fingal County Council ran a competition for Fingal GAA Clubs in which six winning clubs each received €2,500 and introduced sustainable measures into their clubs – such as efforts to eliminate single-use plastic bottles and swap shops for training gear, boots, helmets etc. Many of the clubs saved money on energy and water bills by fitting LEDs and installing sensors in urinals, lowering water pressure in club room taps, (push taps should ideally only run for about 3 seconds)  . This proved to be a very worthwhile exercise. Many of the clubs involve more than 500 members and up to 3000 members so this competition is far-reaching.

Here are the tips that worked well as it is not a one-size fits all. Each club will have their own solutions depending on what way they are set up.

This Waste Prevention Project is funded by Fingal County Council and Department of Communications, Climate Action and Environment.