Some say football is an art, this time it really is!

Schools and classes will be encouraged to create art pieces around the theme of ‘Respect’, share them on social media and compete with other schools for a prize. 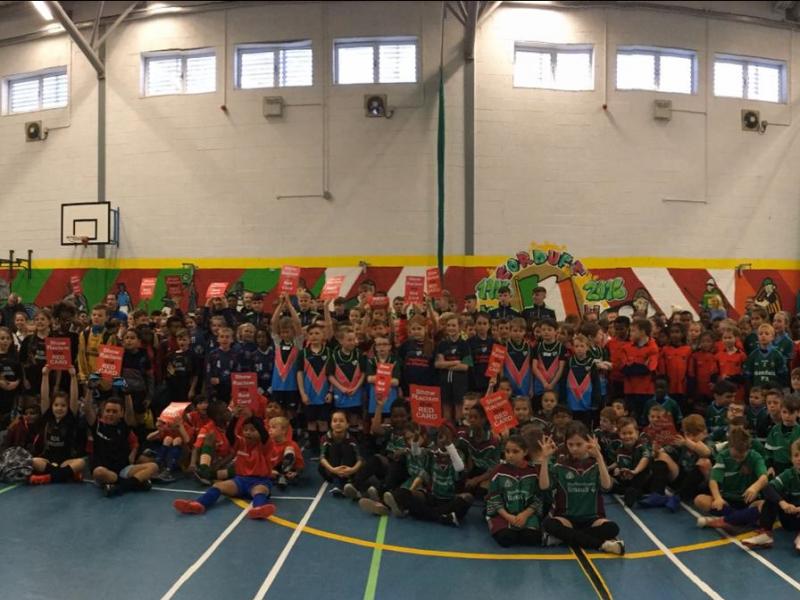 Some say football is an art, this time it really is!

Covid-19 may have taken its toll on football games throughout the country but that hasn’t stopped the FAI and Fingal County Council continuing to interact with schools to promote respect using football and art as the tool in the ‘Virtual Respect Cup’.  Schools and classes will be encouraged to create art pieces around the theme of ‘Respect’, share them on social media and compete with other schools for a prize.

Usually at this time of year 3rd and 4th classes from primary schools in Dublin 15 would be taking part in the FAI/Fingal County Council ‘Respect Cup’ as part of FARE (Football Against Racism in Europe) weeks and Show Racism The Red Card initiative and although games on the pitches might have come to a halt these initiatives are still going ahead.

Mayor of Fingal Cllr. David Healy said: "Initiatives such as the "Respect Cup" are very important in informing children about respect and creating awareness of racism and I am pleased to see that the initiative is going ahead in this new format."

Chief Executive of Fingal AnnMarie Farrelly said: “This is another example of how we have to adapt to Covid-19 restrictions and ensure that important initiatives like this go ahead. This ‘Virtual Respect Cup’ will certainly capture the imagination of children while acting as a tool in fostering respect and combatting racism.”

FAI/Fingal Football Development Officer Paul Breen said “Unfortunately due to the current pandemic the event cannot go ahead in its normal manner this year which is particularly disappointing following the success of last year’s event which had record participation from the schools in Dublin 15.  However, this year we are holding a ‘Virtual Respect Cup’.

“We are looking for schools/classes to complete art pieces around the theme ‘Respect’ and share these images on their school’s social media for a prize of €100 for the school with the best pieces.”

“I would urge the schools to post as many art pieces as they like on their social media to promote Respect. The schools should then select 2 pieces for their formal entry (one art piece around the theme of Respect and Football Against Racism and another around the theme of Respect – Fighting Covid-19 which may include Respect for self and community by wearing facemasks in order to defeat Covid-19 and get back to playing football).”

Philip Jennings of Safer Blanchardstown said: “I am delighted to be able to support such an important event and ensure it continues this year despite the pandemic and I have offered a 1st prize of €100 to the school with the best Art pieces and a runner-up prize of €50”.

Closing date to register is 23rd October with final art pieces to be submitted by 13th November with the winners announced in the week beginning 16th November.