The upgrade of the Rathbeale Road in Swords has been officially opened by the Mayor of Fingal, Cllr Eoghan O’Brien. The road, which is part of the R125 Swords to Ashbourne route, has been reopened to traffic since March 20 but, because of the COVID-19 pandemic, the planned official opening could not take place. Instead, a simple ceremony to unveil a commemorative stone, was held. 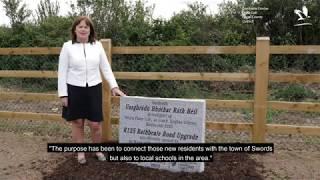 Mayor O’Brien said: “As Mayor of Fingal I am delighted to officially open the new Rathbeale Road in Swords. This is our second LIHAF project that we have seen to completion and opens up the whole western side of Swords for potential new development.  I would like to pay tribute to the elected members, past and present, from the Swords area who supported this important project and worked with the staff of the Council to make it happen. This will be a big asset in terms of infrastructure within the Swords area and the Greater Fingal area.”

The Chief Executive of Fingal County Council, AnnMarie Farrelly, said: “I am really delighted that the Rathbeale Road upgrade is finished. This road has delivered walking and cycling infrastructure to new houses in Oldtown and Mooretown. This road was previously quite a narrow road without any pedestrian or cycle facilities so it’s also making the area much safer for people who are out walking and cycling.  The purpose has been to connect those new residents with the town of Swords but also to local schools in the area. There is also a new secondary school being constructed on the Mooretown lands which will be of great value to the west of Swords.”

Fingal County Council’s Director of Planning and Strategic Infrastructure, Matthew McAleese, said: “This road upgrade forms part of the phased development of the Oldtown-Mooretown Local Area Plan and it was one of the plans to unlock subsequent development phases of the overall scheme which will ultimately deliver new residential units for the western side of Swords. The Council has an overall ambition to see Swords grow from its existing population of 40,000 at the minute up to 60,000 and then ultimately to 100,000 with a city status and all the infrastructure that would go along with that.” 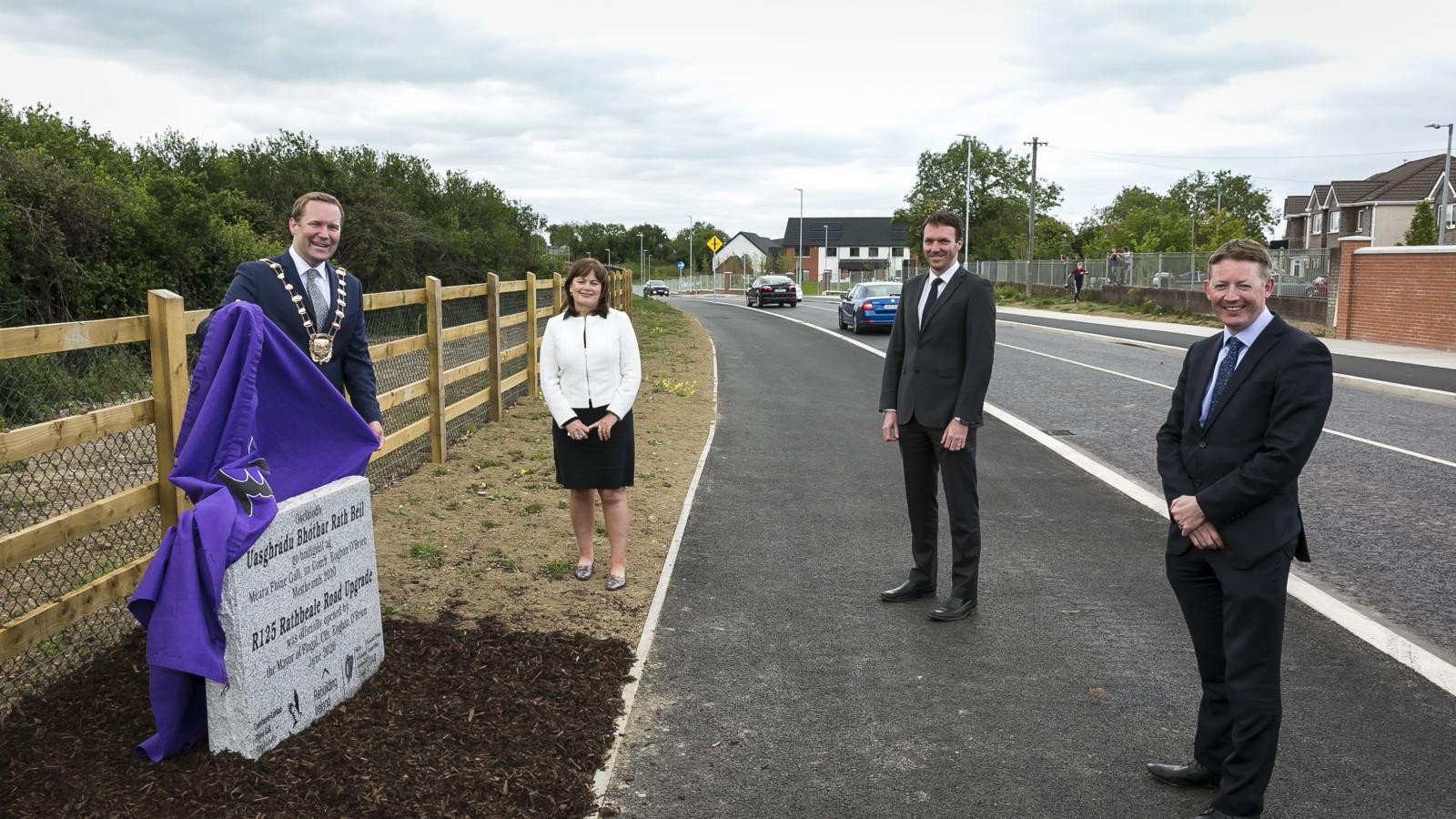 The upgrade of the R125 Swords to Ashbourne route saw about one kilometre of rural regional road at Rathbeale being upgraded to a more urban layout with cycle tracks and footpaths along both sides. The upgraded stretch runs from the Murrough Road junction to the Swords Western Distributor Road junction at Rathbeale Cottages.

The contractor for this project was Johns Civil Engineering along with Waterman Moylan Consulting Engineers while the project team in Fingal County Council project-managed the overall scheme.

Paul Carroll, Senior Engineer with Fingal County Council, said: “As part of the scheme the road was reconstructed and realigned in certain sections and new segregated cycle facilities were built along the length of the project. There were new junctions constructed to facilitate future residential development in the locality, new pedestrian crossings and a new culvert on the stream, halfway through the site, to replace an old masonry arch structure which was falling into disrepair.”

The project cost €6m with €4.9m being received from the Local Infrastructure Housing Activation Fund under the Rebuilding Ireland programme and Fingal County Council making up the balance. The upgrade will facilitate 800 houses initially and 3,200 eventually.

A video to mark the official opening of the upgraded Rathbeale Road can be viewed at https://www.youtube.com/watch?v=m_g17BwM5ZU.