Fingal County Council has commenced a second round of public consultation on the Fingal Coastal Way, the proposed 32km coastal pedestrian and cycle greenway extending from Newbridge Demesne in Donabate to north of Balbriggan. 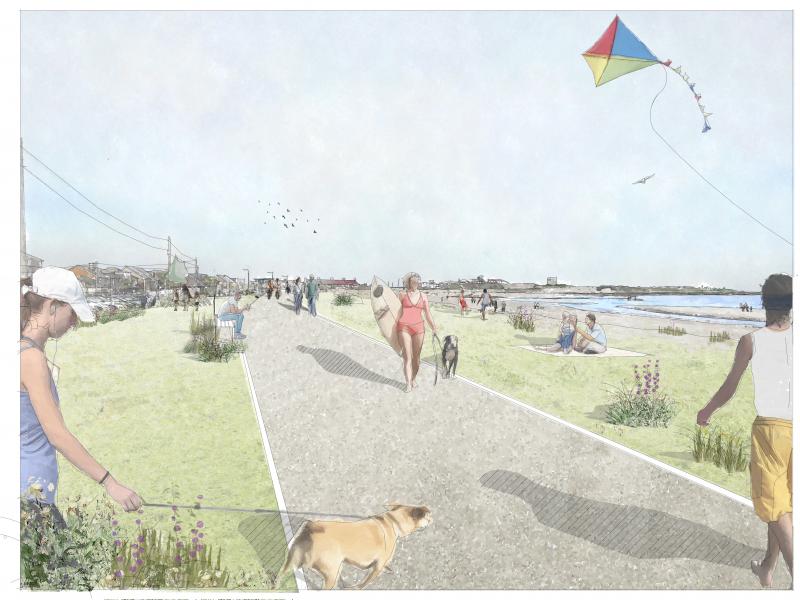 To provide an opportunity for interested parties to give feedback on the potential route options, an online non-statutory public consultation will take place from April 15 to May 27. Due to current public health restrictions on gatherings, it is not possible to hold a traditional, in-person public consultation event so, in lieu of this, a significant amount of background material is being made available on the Fingal County Council consultation portal, which can be accessed via fingal.ie/fingalcoastalway.

It is hoped that the information gathered as part of this exercise will inform the scheme assessment and design and assist the project team in identifying a preferred route for the scheme, to feed into a further consultation on the preferred route in 2021 and ultimately a formal planning application to An Bord Pleanala in 2022.

This landmark scheme will deliver a nationally important piece of greenway infrastructure and is being funded by the Department of Transport (under its Carbon Tax fund), the Department of Housing, Local Government and Heritage (under the Urban Regeneration and Development Fund) and Fingal County Council.

The flagship project will ultimately connect to the €12m Broadmeadow Way, a 6km off-road cycling and walking route linking Malahide and Donabate across the scenic Broadmeadow Estuary, which was granted planning permission by An Bord Pleanála in May. Design and planning on the Malahide to Sutton Greenway linking the recently opened Baldoyle to Portmarnock section to Sutton and Malahide, through Portmarnock village, is also progressing.

Mayor of Fingal Cllr David Healy said: “The Fingal Coastal Way is a vital piece of active travel infrastructure that is being progressed by Fingal County Council. I encourage residents and stakeholders to view the plans and make their views known on the ongoing route selection process.

“The benefits of greenways are many, ranging from cleaner air and improved public health, to lower carbon emissions and new recreation and tourism opportunities. We have seen the positive economic impact greenways have had in other areas around the country, and I am sure that Fingal County Council's ambitious greenway programme will have a similar effect in Fingal.”

Chief Executive AnnMarie Farrelly said: “The opportunities presented by the Fingal Coastal Way are immense, not just as a tourism offering but also as a valuable amenity for people living in the county. The delivery of greenway infrastructure is a key priority for Fingal County Council and we have spent the last number of years progressing a number of key projects though the planning and design stages.

‘The development of greenways such as the Fingal Coastal Way, the Broadmeadow Greenway, the Sutton to Malahide Greenway, the Harry Reynolds Pedestrian and Cycle Route in Balbriggan and the Royal Canal Greenway will help us deliver more sustainable towns with good quality amenities, as well as ensuring that they are good places to live and visit. Our new three-year Capital Programme includes an allocation of €146.69m towards Active Travel and Greenway Infrastructure which will allow us move these projects forward in the coming years.”

Director of Planning and Strategic Infrastructure Matthew McAleese said: “The Fingal Coastal Way is a long-standing objective identified in the Fingal Development Plan. This strategically important project will see the development of a safe, attractive, first class coastal pedestrian and cycle route.  It is a flagship scheme for tourism in the county with the potential to promote and enhance the local tourist economy.”

Senior Engineer Paul Carroll: “This stage aims to narrow down the various route options and identify the most beneficial preferred route, in terms of engineering, environmental, heritage and economic constraints within the study area.  The purpose of this round of public consultation is to keep local communities informed of the progress made to date on the Fingal Coastal Way and to get their feedback on how we move forward.”

Submissions on this latest round of public consultation can be made up to May 27  via the public consultation portal https://consult.fingal.ie/en/consultation/fingal-coastal-way-non-statutory-public-consultation or by post to Fingal Coastal Way, Senior Executive Officer, Planning and Strategic Infrastructure Dept, Fingal County Council, County Hall, Swords, Co Dublin.