The entrance to St. Oliver Plunkett’s National School was transformed this morning from a congested road into a lively playground full of children playing with friends before their lessons. 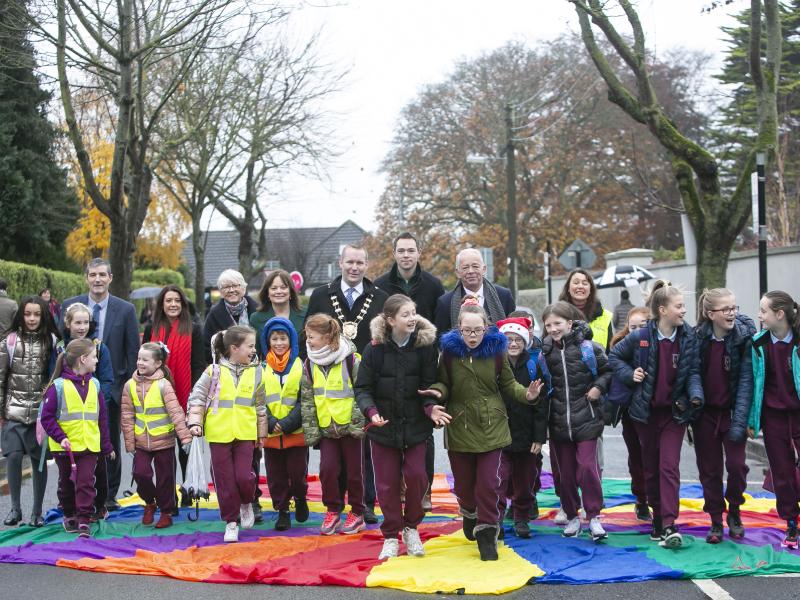 Mayor of Fingal, Cllr. Eoghan O’Brien, Chief Executive of Fingal County Council, AnnMarie Farrelly, local councillors, council staff and members of the media attended to see for themselves the success so far that the School Streets initiative has had across the past six days of operation outside St. Oliver Plunkett’s. The new system has been in place since 18 November.

Parents and students were delighted with how the new system had been working over the past few days, and everyone was engaging positively with the new lease of life given to the street. Kids actively played on the road with friends, during the operating hours, before heading into the school for lessons.

Mayor of Fingal, Cllr. Eoghan O’Brien said: “The School Streets initiative is a bold plan. The situation outside both St. Oliver Plunkett’s and St. Andrew’s schools was unsustainable, and this initiative is a hugely positive scheme with massive potential to benefit everyone in the community. If this pilot continues to prove successful, I can see other School Streets being established across Fingal in front of existing and new schools.

School Streets is an initiative to improve the safety and well-being of pupils attending both St. Oliver Plunkett’s and St. Andrew’s National schools.

A section of Grove Road outside St Oliver Plunkett’s Primary School is transformed temporarily into a car-free, pedestrian and cycling zone from 18 November to create a safer, cleaner and more environmentally friendly space outside the school.

This initiative is the first of its kind to be rolled out in Ireland by a local authority and was approved by the Howth-Malahide Area Committee at a meeting on 6 November.

The School Streets scheme was implemented due to the traffic challenges that were faced outside both St Oliver Plunkett’s and St Andrew’s Primary Schools, which are adjoined to Grove Road and Church Road respectively.

The initiative provides a pedestrianised zone on Grove Road where access for vehicles to this section will be restricted during drop off and collection times of the school. These times are between 8:30-9:15am and 1:00-2:45pm, Monday to Friday during term time only.

Exemptions to School Streets will include Disabled Badge holders, if living within the zone, and residents with permits living on Grove Road between Church Road and The Rise. Teachers of St. Oliver Plunkett’s arrive at the school before the 8:30am start.

Mayor of Fingal, Cllr. Eoghan O’Brien continued: “I'm calling on all stakeholders - parents, children, residents and businesses to get behind this initiative. The situation around our schools is completely unsustainable and we must adapt our behaviours to work towards a new, safe and sustainable way of doing things. I'm delighted that Malahide will lead the way with the first School Streets Initiative in Ireland. This approach has been proven to work extremely well in other countries and if everyone gets behind it, we can make this a success.”

David Storey, Director of Operations at Fingal County Council, added: “This initiative is being introduced to tackle the significant traffic safety issues surrounding St. Oliver Plunkett’s and St Andrew’s Primary Schools. Through consultation with the many stakeholders involved, we believe this scheme will reduce the road traffic risks present outside the schools while providing a safer, cleaner, greener, and healthier environment for children and parents.”

Free Park & Stride facilities are provided for parents and children of both schools at Bridge Field Car Park, Back Road Car Park and Seabanks Car Park which are all within a 10 to 15 minute walk of the schools. Parking permits have been issued to all parents of pupils of both schools to facilitate parking in Malahide during drop-off and collection times.

Fingal County Council has gone through extensive public consultation with stakeholders and will continue to engage with them during the trial period to see if any adjustment or adaptation is needed over the school calendar. If this pilot scheme is successful, then the initiative will be extended to other schools in Fingal where it is suitable.

The School Street initiative will be enforced strictly by An Garda Síochána and Fingal County Council parking wardens with violations resulting in fines. 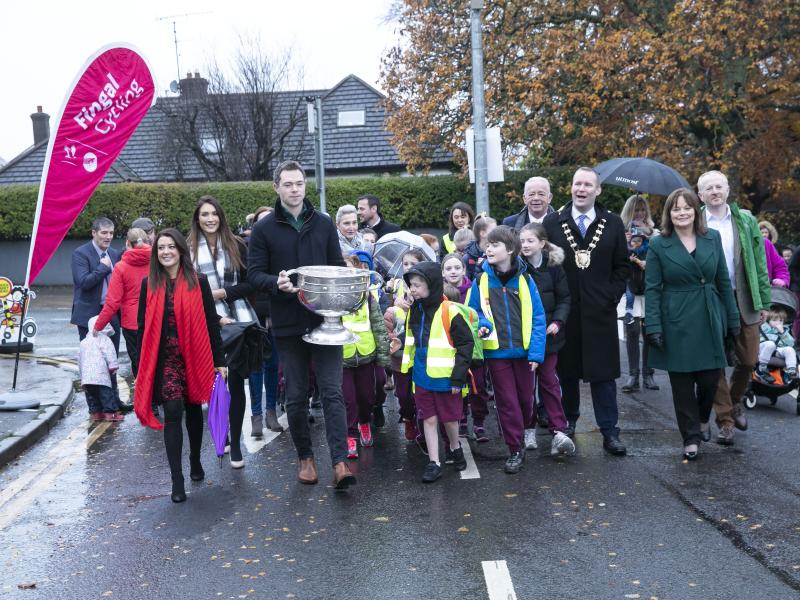