Santa Claus is coming to town - Tune in to Facebook.com/EventsinFingal

Christmas magic is on its way to Fingal with Santa Claus taking time out of his busy schedule to take part in a live Facebook chat with excited youngsters from all over the County! 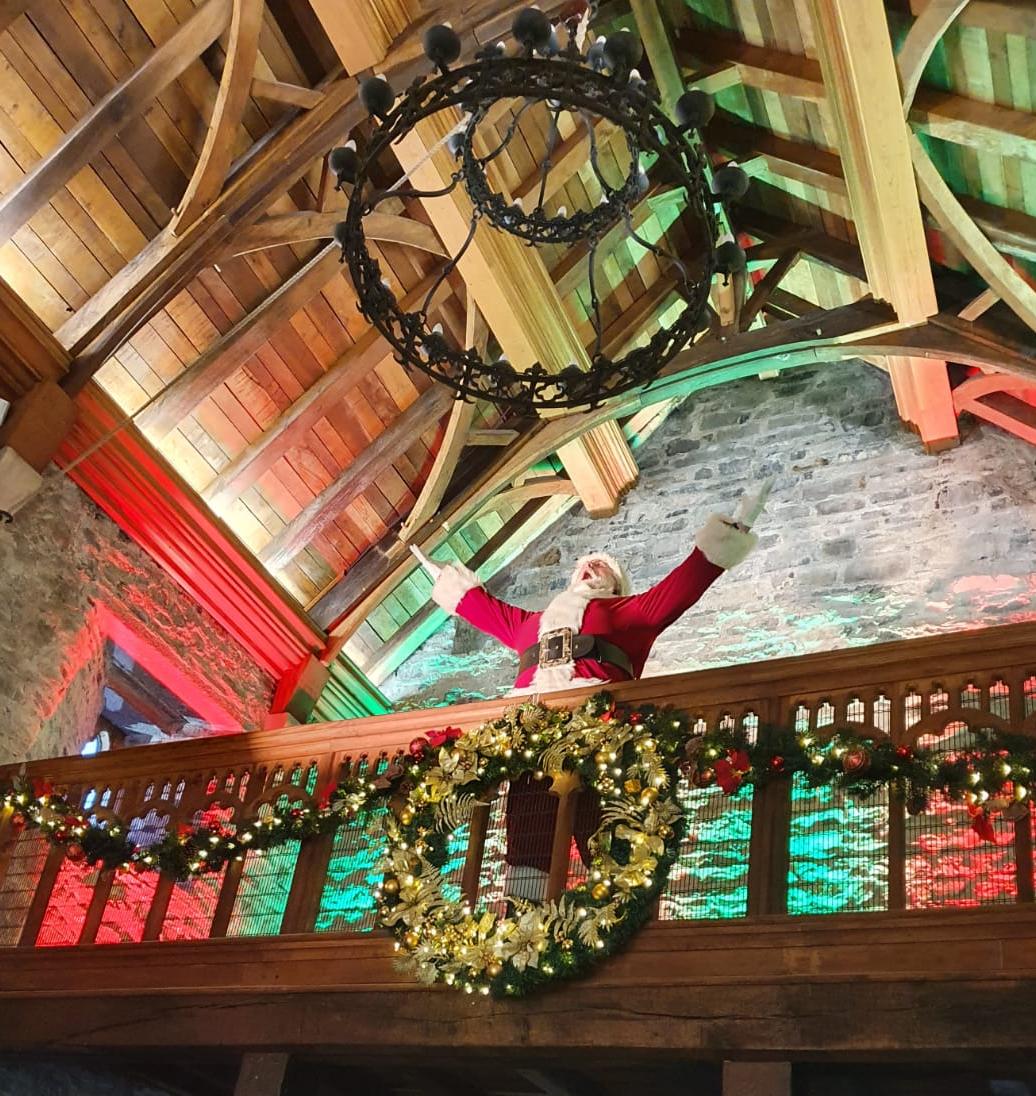 “I know all the boys and girls in Fingal will be so excited for Christmas this year and seeing Santa. Santa is set to join us in Fingal at Swords Castle this year at a special event where everyone can join him online to sing and chat with him about Christmas,’ said Mayor of Fingal Cllr David Healy.

“His visit this year will be different, but he has assured us that he will still be able to get the wishes of all the boys and girls in Fingal. We are looking forward to his visit.”

“Santa always looks forward to visiting Fingal. This year he’ll be landing at Swords Castle for an extra special visit to local boys and girls,” declared Emer O’Gorman, Director of Economic, Enterprise, Tourism and Cultural Development at Fingal County Council, which has been busy working on plans.

“Things are different this year, so Fingal children won’t be able to queue up to see Santa and sit on his knee and whisper their secret wishes into his ear. But he’s come up with a brilliant plan to make sure that he can see you all. Under cover of darkness, he’ll fly into Swords Castle along with Mrs Claus and the reindeer and chat to us all on Facebook,” Emer continued.

Tune in on Saturday, December 12 at 4.30pm on www.Facebook.com/eventsinfingal. Santa will sing songs, chat and share lots of good advice about getting ready for Christmas.

Speaking about Christmas Eve, Santa exclaimed: “I always love visiting Fingal on Christmas Eve. As I fly over I can see Bremore Castle and the sports fields in Balbriggan. I always watch out for the animals living at Newbridge House and Farm. I can spot the Fairy Demense in St. Catherine’s Park and Draíocht Theatre in Blanchardstown. I fly over schools and playgrounds, but they’re all quiet when I do because everyone’s sound asleep waiting for my visit.”

Emer concluded: “Don’t miss Santa on Facebook.com/EventsinFingal on December 12 at 4.30pm. We’re so excited that he’s coming to Fingal and we’re counting down the days!”