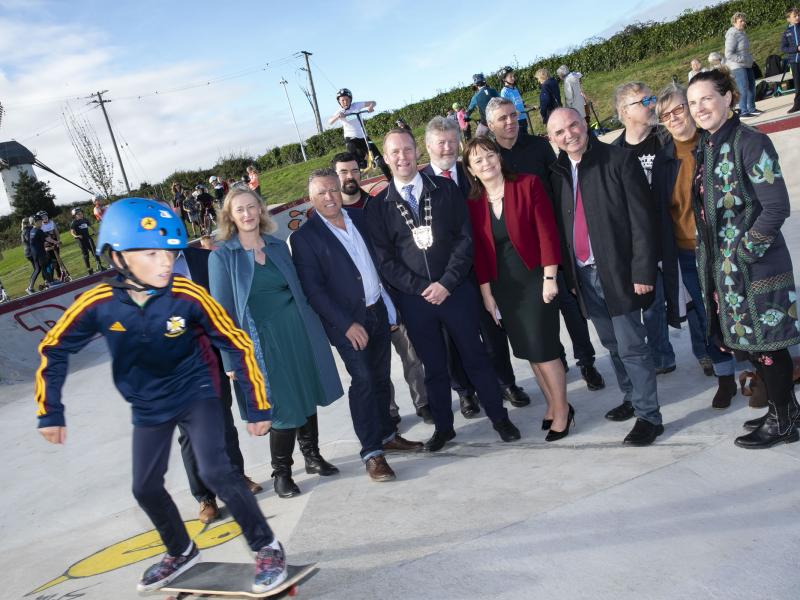 Fingal County Council’s newest sporting facilities have been created for the local skateboarding community and with Fingal having the youngest population in Ireland these amenities are vital for our young people to enjoy in their local area.

The skate park in Skerries is designed as a bowl-style facility while Balbriggan’s new skate park is designed in the classic plaza style. Both have been designed specifically to complement the character of the sites in each community and will cater to a wide age-range and level of experience.

Mayor of Fingal, Cllr. Eoghan O’Brien, who opened the parks, said: “By providing accessible facilities like this in Skerries Town Park and Balbriggan Skate Park, the council hopes to foster a culture of health and outdoor recreation amongst users that will be passed on to the generations after them.

“I would like to thank Kevin Halpenny, Senior Parks Superintendent, his team and the contractor, Freestyle Skate Parks, for their hard work on this project. I would also like to especially mention the local Skatepark Committee whose support and dedication have been invaluable to deliver the excellent amenity we have here today.”

Fingal County Council recognises the importance of health and recreation in the lives of our citizens. Skateparks provide many benefits to the community including, health & wellbeing, physical activity for children and young people, a safe and challenging place for skaters to develop their skills, and skateparks support vibrant healthy communities, just like other sports facilities and create a positive environment for young people where they forge friendships and camaraderie.

AnnMarie Farrelly, Interim Chief Executive of Fingal County Council, said: “I am delighted to be here to open these two fantastic skateparks that will provide the needed space for the skateboarding community in the areas.

“I would like to thank my team in the Parks & Green Infrastructure Division for their hard work on delivering this much sought after skatepark and I look forward to seeing users young and old availing of this wonderful sporting facility.”

Community engagement was a hallmark of the project. A key aspect of the success of the project is that the design of the skatepark was informed by the users’ needs and compliments the character of both sites. 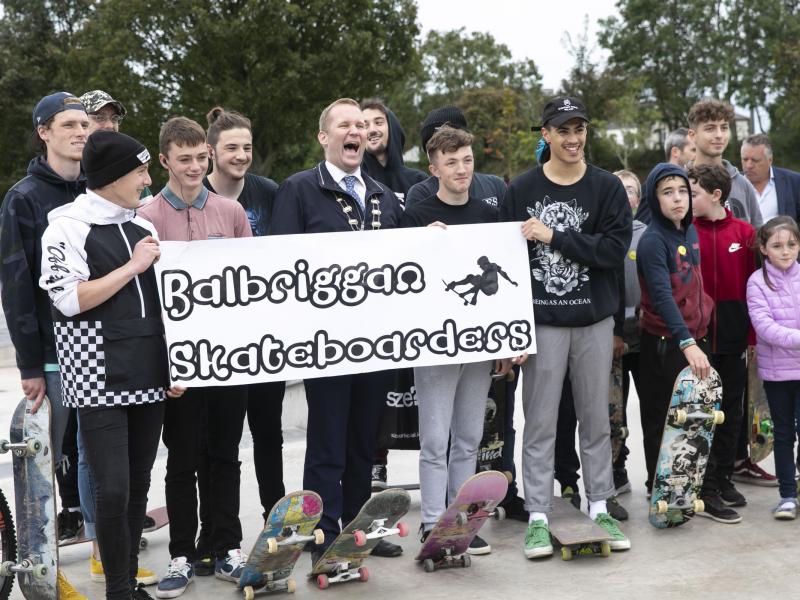