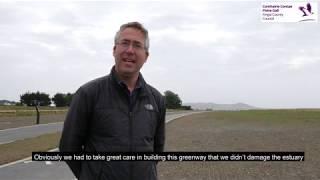 The 1.8km greenway, which enjoys spectacular views over the coastline is located in the Racecourse Park, will allow cyclists and pedestrians to travel through the park parallel to the Coast road linking Baldoyle with Portmarnock.

Co-funded by the National Transport Authority, the route was designed by Atkins, taking specific account of the coastal setting and ecology of the area and was constructed by Murphy International. It features a three-metre wide cycletrack and two-metre wide footpath separated by a 2.4-metre wide grass verge, with short sections of shared used paths at some points along the route.

Design and planning work on the next phase of the project, linking the greenway to Sutton and Malahide, through Portmarnock village is already underway. 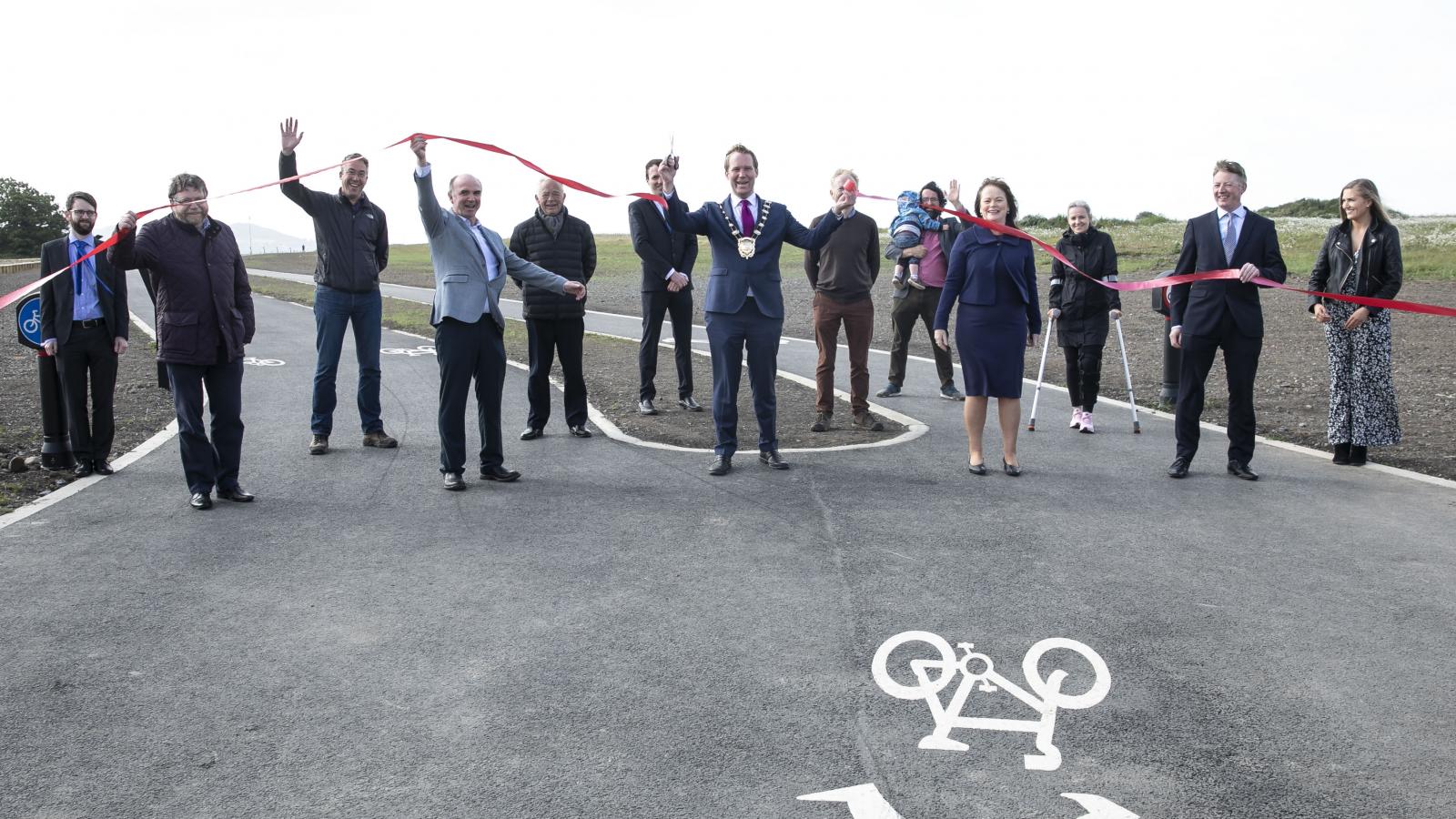 The Sutton to Malahide Greenway will ultimately link into the Broadmeadow Greenway which was granted planning permission by An Bord Pleanála last month and which will connect Malahide and Donabate across the railway viaduct. Both projects form part of the flagship Fingal Coastal Way project which will provide a high quality, safe and environmentally sympathetic coastal walking and cycle route stretching from Sutton to Balbriggan.

Mayor of Fingal Cllr Eoghan O’Brien said: “I am delighted to formally open the Portmarnock to Baldoyle Greenway. It’s a wonderful new facility for local people as well as visitors to the area. It is the first section of what will be the Sutton to Malahide Greenway route, which will also tie in with the Broadmeadow Way, and ultimately the Fingal Coastal Way.

“Since access was opened along the route, it has been heavily used by walkers and cyclists. It is a stretch of road that had previously had no footpath whatsoever, and that’s why the local councillors insisted that this stretch be the first piece of the Sutton to the Malahide cycleway because it was very important piece of infrastructure that was missing.” 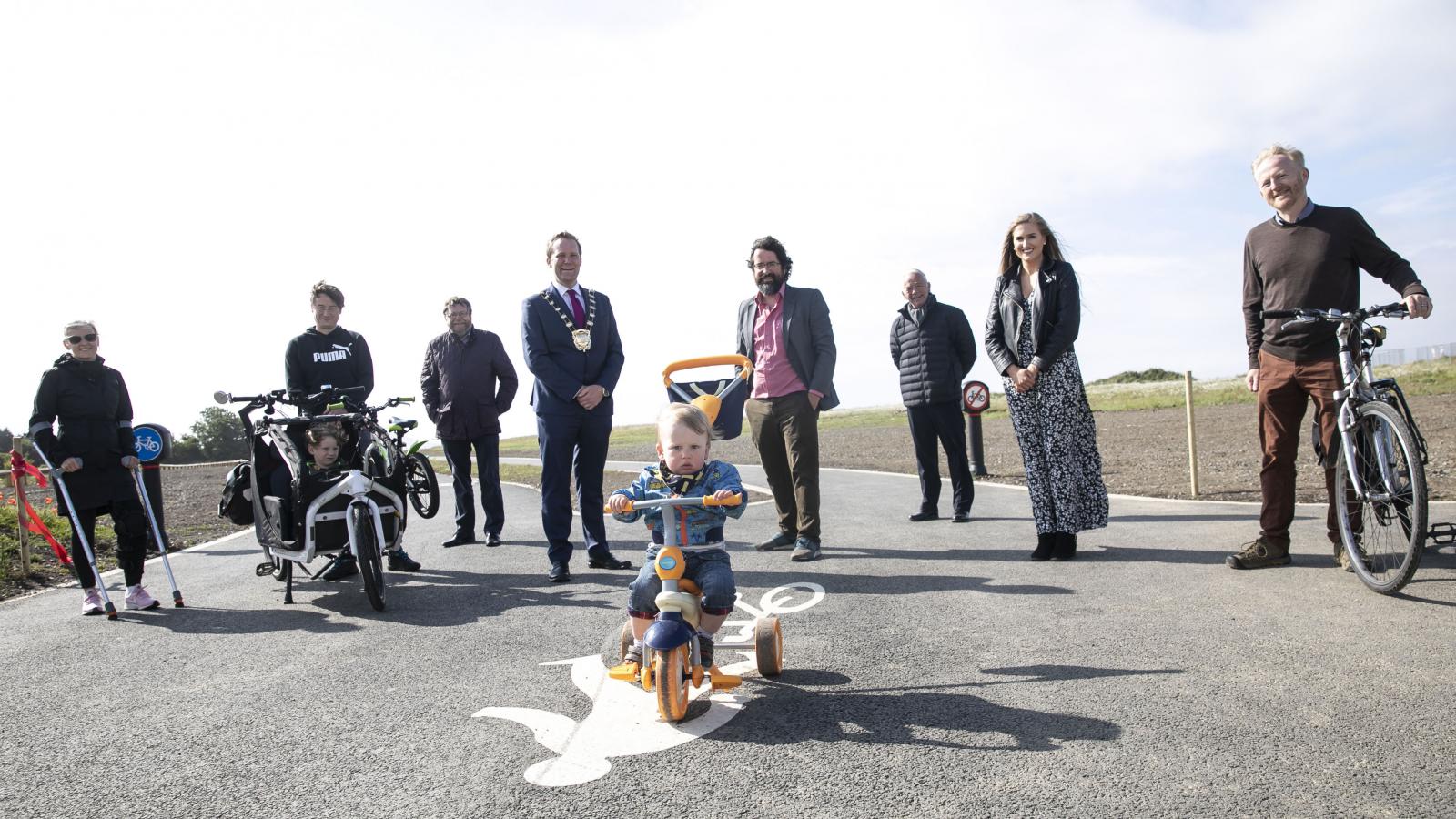 Fingal County Council, AnnMarie Farrelly said: “I am delighted to be here for the official opening of the Portmarnock to Baldoyle greenway.  We will be going to consultation for the next part of this greenway, linking from here through Portmarnock village into Malahide and that will complete the link from Baldoyle to Malahide.

“Fingal County Council plans to invest heavily in cycleways in order to attract tourist but also to provide more sustainable transport for our residents in Fingal as they travel to school and work and other places.

“I want to thank the NTA for their support of this project and Transport Infrastructure Ireland. They have really been helpful to us in planning our greenway schemes but also in supporting them and providing capital funding.” 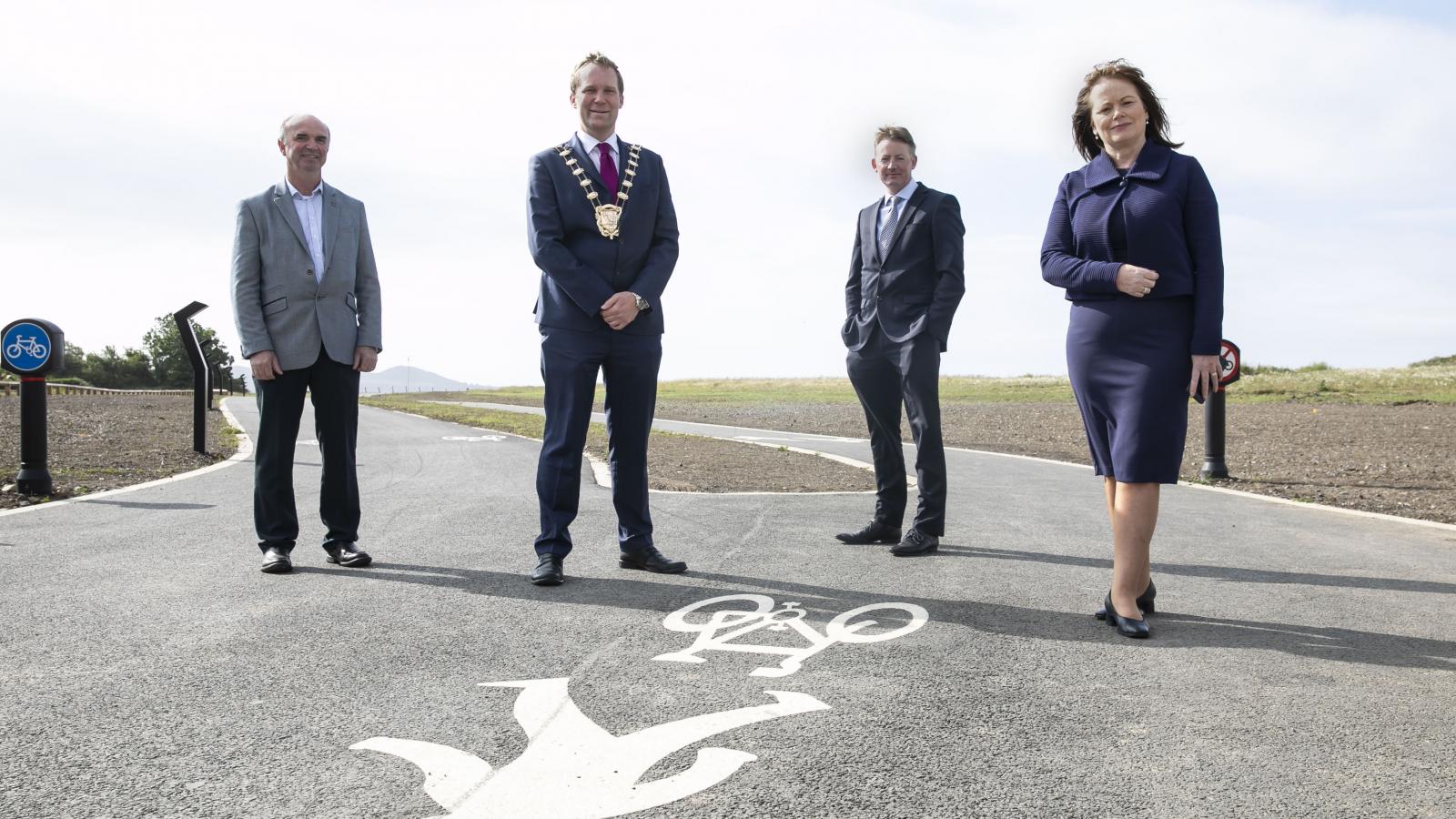 Director of Planning and Strategic Infrastructure Matthew McAleese said: “This is a wonderful new piece of infrastructure that forms part of the regional Racecourse Park. It will connect the new residential development that is currently under construction in Portmarnock South Local Area Plans lands and Baldoyle Stapolin Local Area Plan. It will also form part of the wider Fingal Coastal Way.”

National Transport Authority Chief Executive Anne Graham said: “We are delighted to co-fund the Baldoyle to Portmarnock Greenway, delivering 1.8km of high quality walking and cycling infrastructure. This section is a key part of Greater Dublin Area cycle network and is part of the larger strategic  East Coast Trail which will stretch from Donabate to Dun Laoghaire linking large populations to employment and educational opportunities and will also promote Dublin Bay as a recreational destination.”

Senior Parks Superintendent Kevin Halpenny said: “This Greenway project is a really good example of Green Infrastructure in that it combines what is a wildlife corridor with sustainable transportation. The Greenway provides access to the Greenbelt between Portmarnock and Baldoyle, in a carefully designed way and in a manner that reflects that it goes through a Special Area of Conservation.”

To view the official opening of the greenway, visit