Swords Castle was the venue for the launch of the new Fingal County Council’s Arts Plan 2019-2025 which will set out the strategy for arts in the county for the next seven years. 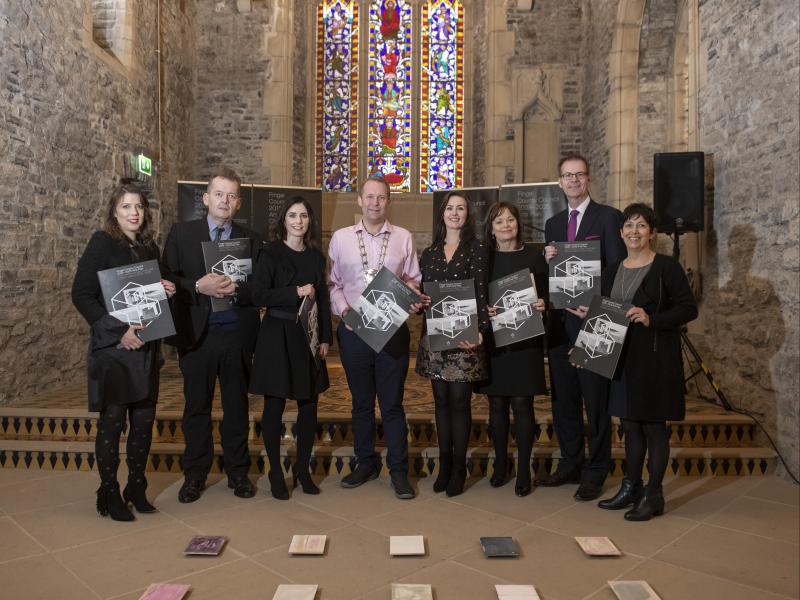 Mayor of Fingal, Cllr. Eoghan O’Brien gave an opening address and stated, ‘I’m delighted to be here today to officially launch the Fingal County Council Arts Plan 2019 – 2025, which sets out a vision for the development of the arts over the next seven years. We commend the Arts Office team on their crucial work to date, and look forward, with confidence, to what the future will bring through the implementation of this plan’.

‘This plan takes account of recent developments locally and nationally. Over the next seven years, we will focus our efforts by making space for art, connecting people and ideas, enabling excellence, and developing our capacity to deliver this plan optimally.’

The Arts Office consulted with young people through their Youth & Education Programme to ensure that Fingal’s significant youth demographic had their voices heard and considered in the planning and delivery of arts and cultural services in Fingal. In addition, a workshop with the Public Participation Network was hosted by the Arts Office.

AnnMarie Farrelly, Chief Executive, said, ‘Fingal County Council is celebrating its 25th anniversary this year, and from the very beginning the arts have been recognised as being essential to the life and wellbeing of our community. We are proud of our service which continues to help shape the culture of our county and to make it a better place to live, work and visit’.

Art O’Leary, Secretary-General to the President, praised the work of the art office and commented, ‘Fingal is evidently a local authority committed to supporting artists and people of all ages through a quality service that reaches out across people, place and practice. It is the best arts plan that I have read to date’.

Guests were invited to experience two special exhibitions programmed for the occasion, which align with the planning and vision for Swords as a site for contemporary art in the context of the proposed new Cultural Masterplan.

Artist Michele Hetherington presented Talk softly, new site-specific work at Swords Castle. Hetherington is a local Fingal artist and was the recipient of the Fingal Arts Graduate Award in 2018.

The arts plan also features the artwork of photographer Rich Gilligan. Originally a native of Fingal, Gilligan has been commissioned by Fingal Arts Office to document and capture the cultural landscape of the county. This process began in August 2019 and will continue through 2020.

Rory O’Byrne concluded that, ‘The arts plan is a celebration of the people and places that define our great county, and we look forward to working with as many people as possible over the coming years to realise our purpose - to bring the arts to life in Fingal and Fingal to life through the Arts’.

A copy of Fingal County Council’s Arts Plan 2019 – 2025 was available to everyone in attendance and will be made accessible online soon www.fingalarts.ie  For further information please contact: [email protected] 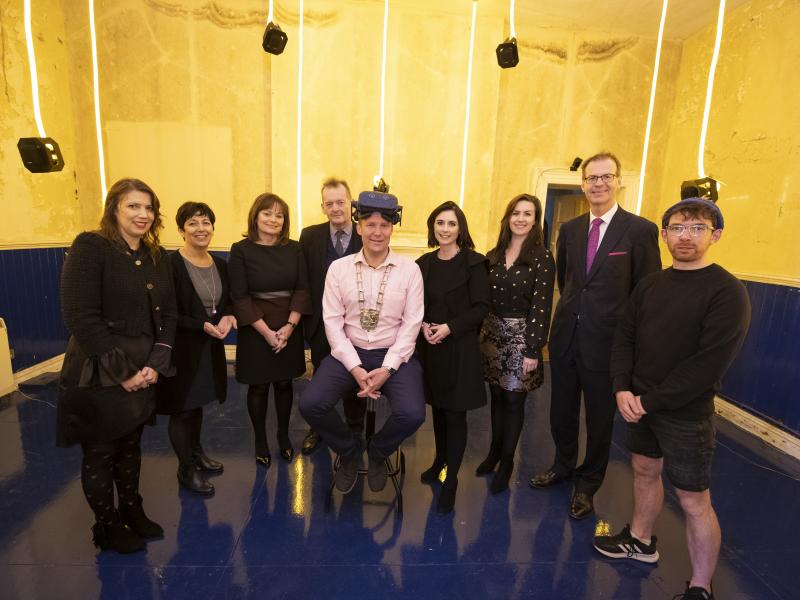