We are delighted to notify the users of Millennium Park, Blanchardstown, of the imminent installation of the new public toilets in the park, located on the boundary of the playground, with works due for completion on March 16. 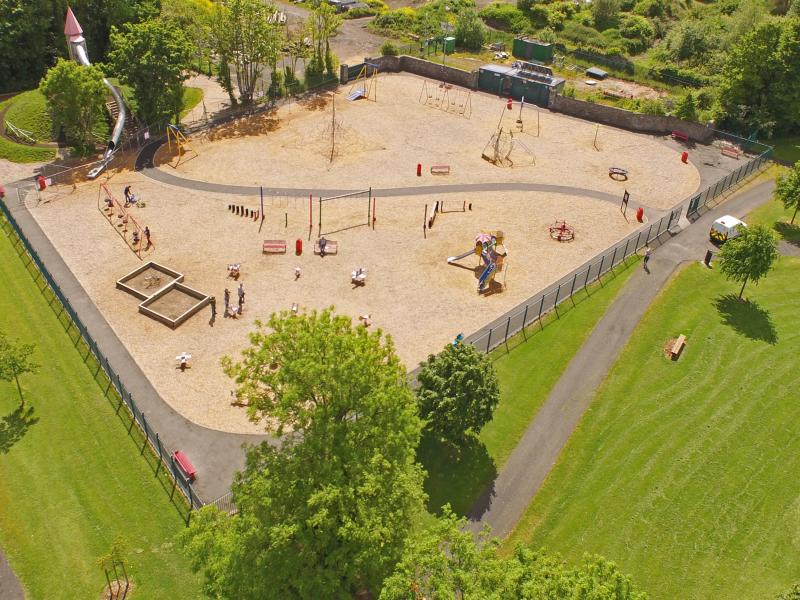 We are delighted to notify the users of Millennium Park, Blanchardstown, of the imminent installation of the new public toilets in the park, located on the boundary of the playground. The works involve the removal of the existing container unit and the installation of a new modular building at the same location. The works are expected to take approximately 3 weeks to complete and are due to commence this coming Monday the 22nd of February and concluding on Tuesday the 16th of March. (Please note that the dates provided are scheduled but are subject to change as works progress).

To ensure the continued health & safety of all park users, we request that all park users take note of, and adhere to, all information signage in relation to the works and access routes for associated plant equipment for the duration of the works. Although the disruption to general park movement will be minimal, park users should be aware of the closure of the ‘Woodland walk’ pathway in its entirety from the main carpark access point to the next path junction toward Grove Road. This measure will be in place on two separate occasions during the works – Wednesday the 24th of February and Tuesday the 9th of March.

The remaining path network will still allow park users to complete a full loop of the park by utilising the pathway within the natural meadow area. We encourage all park users using the main vehicular entrance point off the Snugborough Road to be aware that this will also be the access point for the plant machinery and vehicles associated with the works. It is also important to expect delays at this vehicle entrance and within the car park area at certain times during the works.

The playground will be temporarily closed on the morning of Tuesday the 23rd until approximately 1pm as temporary hoarding is put in place. The playground will subsequently re-open and remain open for the duration of the works with no further closures planned. We would ask that parents & guardians of children using the playground be mindful of the works and do not in any way interfere with the site or it’s hoarding.

We thank you for your cooperation and look forward to this new addition to Millennium Park.