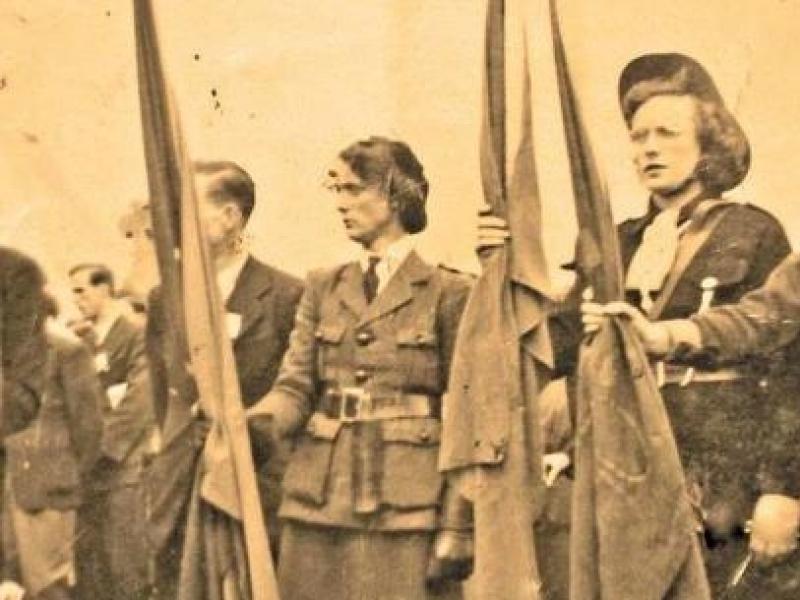 Mary Ellen (Molly) Adrien was born on 25 September 1873. She is remembered as one of Fingal’s ‘Revolutionary women’. Molly joined Cumann na mBan after its establishment in April 1914 and is said to have been instrumental in forming the Lusk branch. On Easter Sunday 1916, Cumman na mBan were ordered to assemble at Black Church Phisboro, an order countermanded and were sent away to await recall. However Molly remained in the city and was chosen to bring the order to rise from Pearse to the leader of Irish Volunteers Joseph Lawless and then to Thomas Ashe Commandant of the North County Brigade. The ‘redoubtable Miss Adrien’ cycled in and out of the city during the week of the Rising having been sent by Ashe into the city to report his situation to Pearse. After the battle of Ashbourne the wounded were taken to Dr Richard Hayes (medical officer of Balrothery Union), who was assisted by two nurses one of them Molly Adrien. The link with Balrothery Union and Miss Adrien was well-established as she was the first female to serve on its Board. When she entered the boardroom for the first time she was roundly cheered. Chairman TL Smyth said it was an honour for him to preside over the introduction of the Board’s first lady guardian and he had long thought the board suffered from a lack of female participation (reported Drogheda Independent 11 July 1914). Molly remained staunchly republican and an active member of the IRA through the War of Independence and into the Civil war. In 1920 in response to a request from local government Board for access to the Balrothery Union books, she explained that they had sworn allegiance to Dail Eireann and was not about to kow-tow to any other authority. Her obituary described her as ‘one of the most outstanding women of Fingal’. More on the records of the participants of 1916 and beyond can be found in the Military Archives