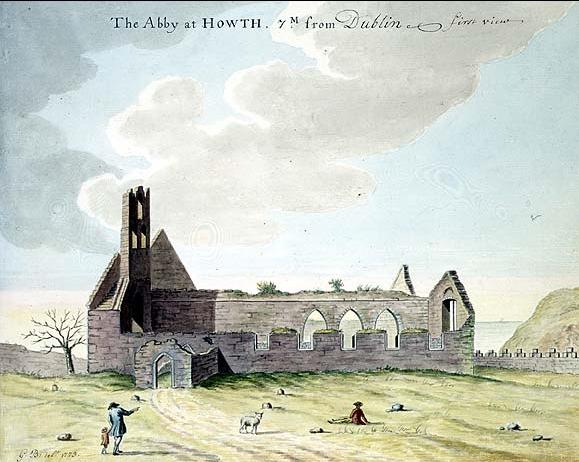 Fingal has an ancient and varied maritime history from Viking raids and the medieval havens of Howth where the pague arrived, to the pirates of Lambay and the smugglers of Rush and Loughshinny. By the later fourteenth century the mouth of the Liffey had silted up and merchandise had to be landed elsewhere along the coast. In 1483 the Corporation of Dublin obtained a grant from revenues on all merchandise imported into the harbours of Rogerstown, Howth, Baldoyle, Portrane, Rush and Skerries. Given the level of trade along the coast, it is unsurprising that there was a problem with piracy. Lambay in particular was a refuge for the king’s enemies and in 1496 a petition by the Prior of Holmpatrick described Lambay  as having on its shores various ‘havens and creeks in which pirates accustomed to shelter’.

However it is the shipwrecks off our coast, the attempts at rescue and the loss of life that have remained with us and are memorialised in many of our coastal towns. Fingal’s coastline dotted with natural harbours, and sheltered inlets it was not without the inherent dangers of rocky headlands, hidden rocks and strong currents.  In 1306 the earliest named shipwreck, that of the ‘Nicholas of Doun in Ulster, laden with wine and other merchandise’ including jewels, furs, wax and copper pots was ‘by severe tempest of the sea’ wrecked off Portmarnock. In 1756 a brig out of Portaferry was wrecked at Skerries. The gravestones in Holmpatrick graveyard record ‘most of the crew together with the master perished’ including John McClerey who was just sixteen. The Tayleur owned by the White Star liner was dashed into the rocks off Lamaby island with the loss of almost 400 lives in 1854. Tragically the inexperienced crew of the iron clipper did not take account the effect of the hull on the compasses and those bound for a new life in Melbourne didn’t realise they had drifted disastrously off course. The Cardy Rocks off Bremore headland, close to medieval Newhaven harbour caused many a shipwreck. Detritus from the Belle Hill that wrecked in 1875 can still be found washed up on the Kings Strand to the south. Shipwrecks are recorded on the Wreck Viewer