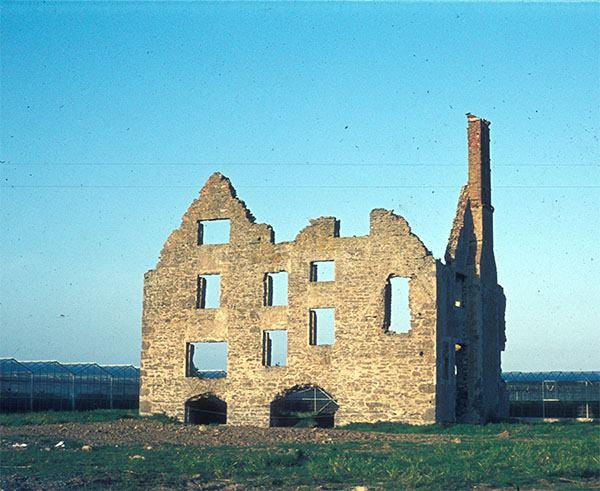 Hundreds of sites in Fingal are both archaeological monuments and protected structures. Take Brazil house (as the archaeologist’s recorded it) or Brazeel House (according to the architects).  This was the former residence of the Bolton family, many of whom had distinguished legal careers, including Sir Richard Bolton, Lord Chancellor of Ireland, in the reign of Charles the First. Destroyed by fire in 1810, and it was completely demolished in 1978 with the permission of the Office of Public Works http://archiseek.com/2014/brazeel-house-brackenstown-co-dublin/ It was also this: Brazil House was built by Sir Richard Bolton, Lord Chancellor of Ireland in the reign of Charles Ic.1632-1640. It had a rectangular plan, rising to two storeys with multiple gables and projecting chimneys both in the gables. One had an oven. The chimney stacks were brick with arcading and decorative plaster pendants. The wall masonry was covered externally with thin plaster, lightly rough cast. On the quoins and around the openings, the plaster was brought to a finer surface with a block and start design. The multiple gables had fine brick skewbacks. The house was indicated on the First Edition OS maps as 'Brazil house in ruins'. It was damaged by fire in the 19th-century and finally demolished in 1977 (Anon 1918, 191, Pl XV; Knight of Glin, Griffin, D & Robinson, K, 1988). https://webgis.archaeology.ie/historicenvironment/