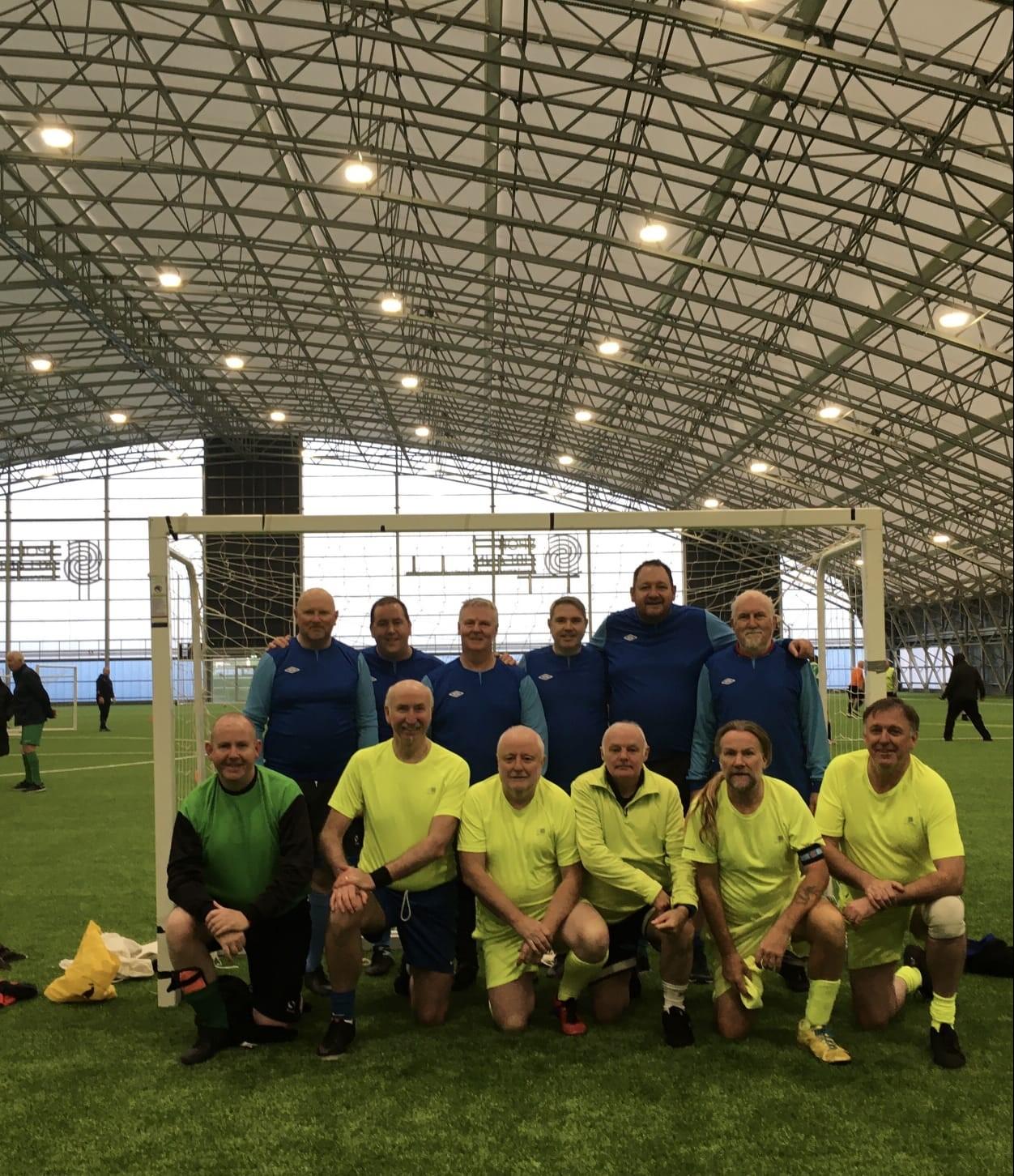 Fingal County Council, in partnership with the FAI, hosted its first Walking Football Festival of the new year in the new state of the art pitch at the National Sports Campus Indoor Arena in Abbottstown.

Over 120 players took part on the day which saw teams from Blanchardstown, Santry, Balbriggan, Coolock, Finglas, Cabra, Drogheda, Offaly, Celbridge, Naas and Arklow playing off in three groups with qualification for semi-finals and finals. Kildare Celtic won, beating Celbridge on penalties in the all-Kildare Derby final.

Speaking about the Festival, Mayor of Fingal Cllr Eoghan O’Brien said: “It is great to see so many people over 50 interested in taking part in sport and keeping active. The growing number of people interested in Walking Football shows how popular and worthwhile this event is. “

“Targeted for the over 50s, walking football is a great way for people to keep both physically and socially active, whilst enjoying the game,” he said.

FAI Grassroots Manager Gerry Reardon said: “Developing this fFormat, we look forward to another Festival in approximately 6 weeks’ time, where we will segment age-groups for the first time. We plan to have two age groups: 50s and 60s+. We believe this could be a new recruitment tool to bolster numbers as teams previously made up of players of both ages, will now have to go looking for mates to fulfil the two age groups.”

“There is also an all-Wexford Festival planned for February 28 and discussions for walking football to be part of the Street Football Festival in Galway in March,” he said..