Fingal was pushed into the international media spotlight this week when the Duke and Duchess of Cambridge spent an afternoon in Howth as part of their first official visit to Ireland. 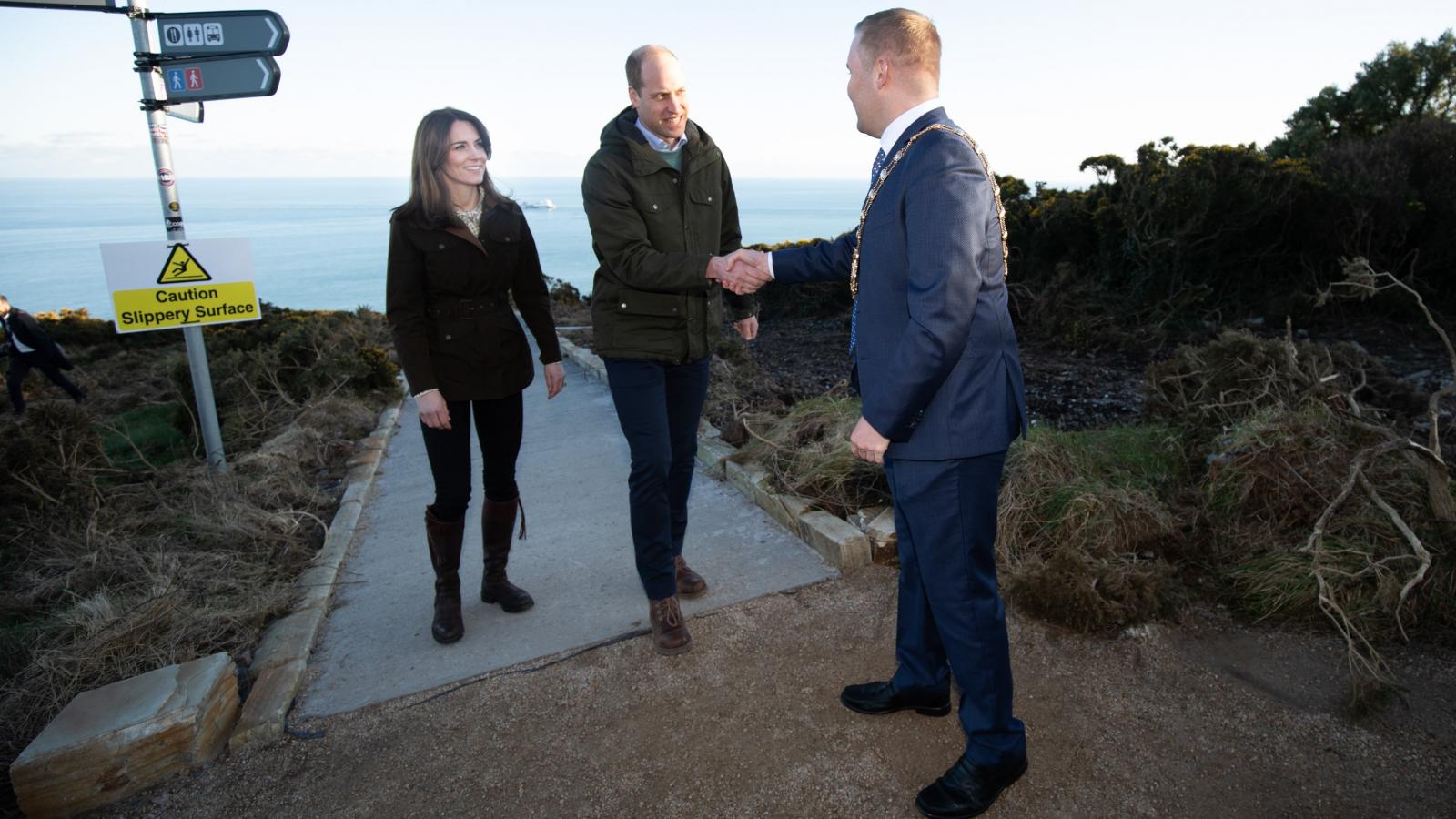 Prince William and Princess Catherine enjoyed a walk along the Howth cliffs under glorious blue skies which offered sweeping views across the county of Fingal and Dublin Bay.They also met with representatives from the Marine Institute.

Mayor O’Brien presented Prince William, a life-long Aston Villa supporter, with a bespoke framed photomontage namechecking Republic of Ireland soccer stars who have played for the famous Birmingham club over the years 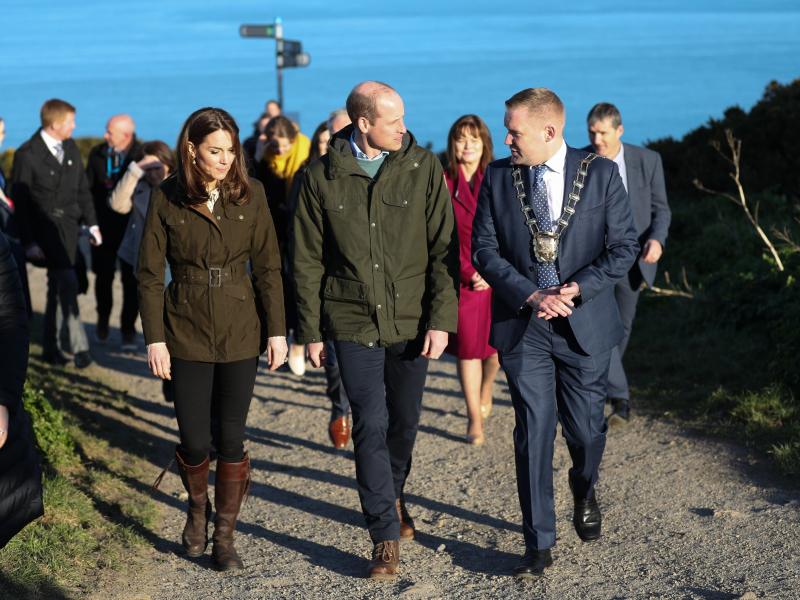 Princess Catherine was presented with a copy of ‘Fingal Through Old Picture Postcards’ compiled by Jacinta Judge and a framed painting of Swords Castle by Fingal artist, Maura O’Rourke.

Mayor of Fingal Cllr Eoghan O’Brien: “It was a great personal honour to welcome the Royal couple to Fingal during their first official visit to Ireland. They were very impressed with the walk from the Baily lighthouse up to the Summit. We had time for a chat about Ireland, their visit and of course Aston Villa.”

Chief Executive AnnMarie Farrelly said: “It was a tremendous honour to have the Duke and Duchess of Cambridge visit Fingal during their three-day visit to Ireland. Tourism plays a vital role in the wider economic context in Fingal and this visit certainly put us on the global map. The visit presented a wonderful opportunity to showcase the tourism offerings of Howth including views from the clifftop of Lambay Island, Ireland’s Eye, Howth Castle, the Martello Tower and the Baily Lighthouse. Howth is one of Dublin’s oldest working harbours with it ranking as one of Ireland’s busiest fishing ports to date.

“The picturesque village of Howth is one of our most important tourism destinations. We are currently undertaking the refurbishment of the historic Howth courthouse which will accommodate the Fingal Tourism Information office and preparations are well under way for the Howth Maritime and Seafood Festival in Howth in May.” 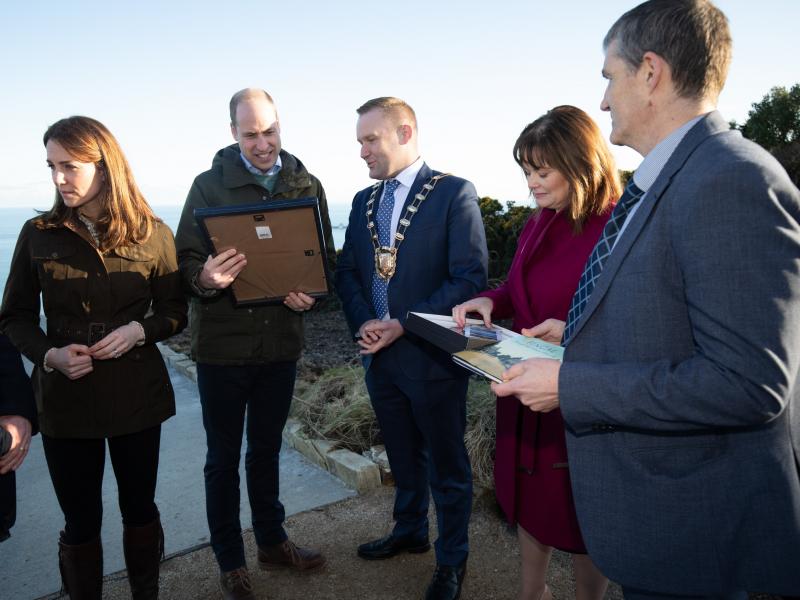