The fifth annual Fingal Festival of History was launched by the Mayor of Fingal Cllr. Seána Ó Rodaigh on Tuesday 14th September and will take place online on the Fingal Libraries YouTube channel and social media platforms from September 25th to October 2nd. 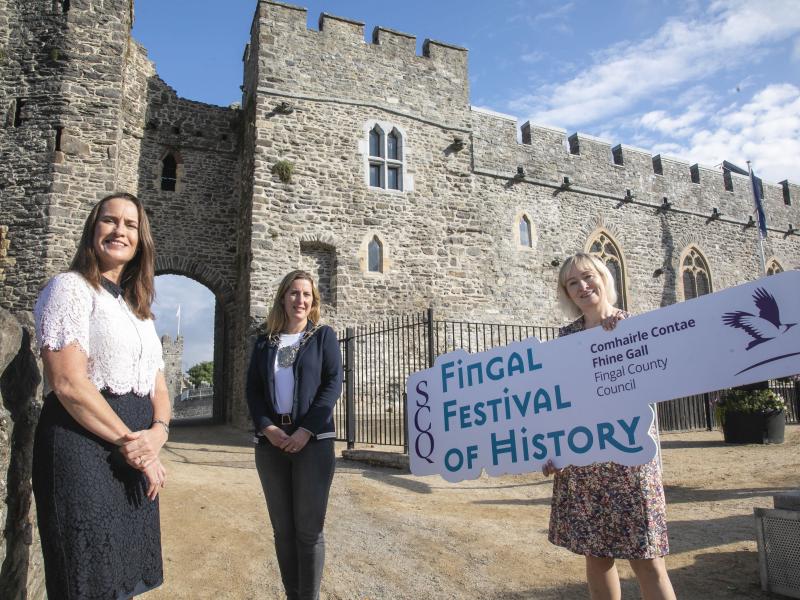 The fifth annual Fingal Festival of History was launched by the Mayor of Fingal Cllr. Seána Ó Rodaigh on Tuesday 14th September.

This year’s festival will take place online with all talks being made available on the Fingal Libraries YouTube channel and social media platforms throughout the week of the festival from September 25th to October 2nd.

This year’s programme again features the History at the Castle day with a variety of speakers presenting on topics relating to Partition, The Truce, The Anglo-Irish Treaty and other political conditions relevant during this period of Ireland’s history.

The Mayor of Fingal Cllr Seána Ó’Rodaigh said that “This year’s Fingal Festival of History brings together an excellent mix of local and national topics which will appeal to anyone with an interest in the Irish revolutionary period. It incorporates music, song & history recorded in the wonderful Swords Castle setting, which is a rich source of history and a notable cultural attraction.”

County Librarian Betty Boardman said: “Although library services are gradually coming back to normal, it will be some time yet before we can welcome live audiences to events in libraries. This year’s Festival of History will be held online, with the talks recorded and broadcast for people to enjoy on Fingal Libraries YouTube channel and our social media platforms.  The Events Team in Libraries have put together a fascinating programme covering the subjects of Partition, The Truce & The Anglo-Irish Treaty, alongside topics of local interest such as The Coastguard Station at Robswall & The Great Northern Railway.

Director of Services Emer O’Gorman said: “I am delighted to see this great programme continuing this year in a similar format to last years. The talks while concentrating on the Partition, The Truce & The Anglo-Irish Treaty will also have a special focus on life in Fingal and I would encourage as many people as possible to view these talks on the various Fingal Libraries social media platforms.”

Talks being recorded in the Chapel at Swords Castle include a recall of what life in Fingal was like during 1921 by Declan Brady, a look at the impact of partition in Ireland by historian Cormac Moore, Lou Boland discusses everyday life in extraordinary times, the Peace Process & The Truce are discussed by John Dorney and Bernard Kelly and “Dark Days, Homeward Bound to Better Times” is the title of the talk given by Cllr Cathal Boland. In addition, children’s author Brian Gallagher discusses the historical inspiration to his book Taking Sides, Garry Ahern looks at the demise of the Coastguard at Robswall, Siobhan Osgood explores the architecture and historic events around the Great Northern Railway and the anti-vaccination movement in the revolutionary period is looked at by Bernard Kelly. 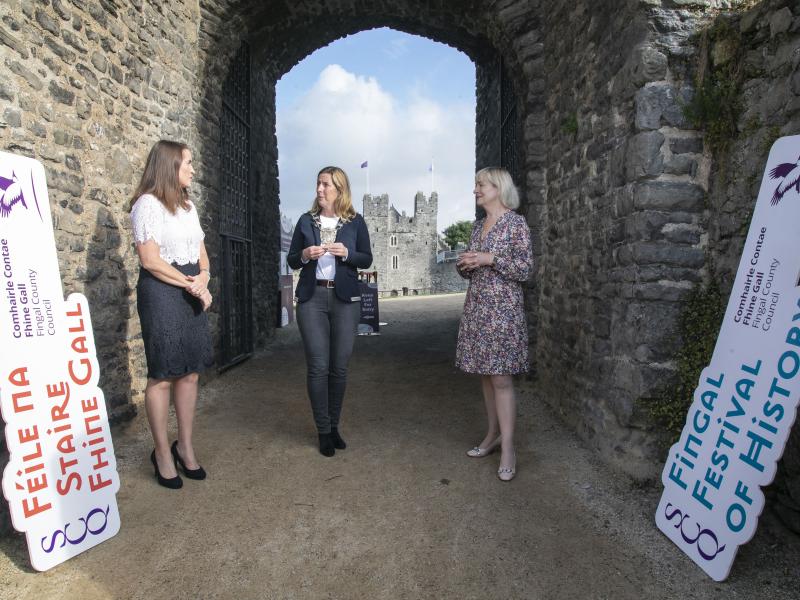