Fingal County Council is delighted to be taking part in Ireland’s most exciting festival of science and technology which runs until Saturday (January 11th) at the RDS, Dublin. 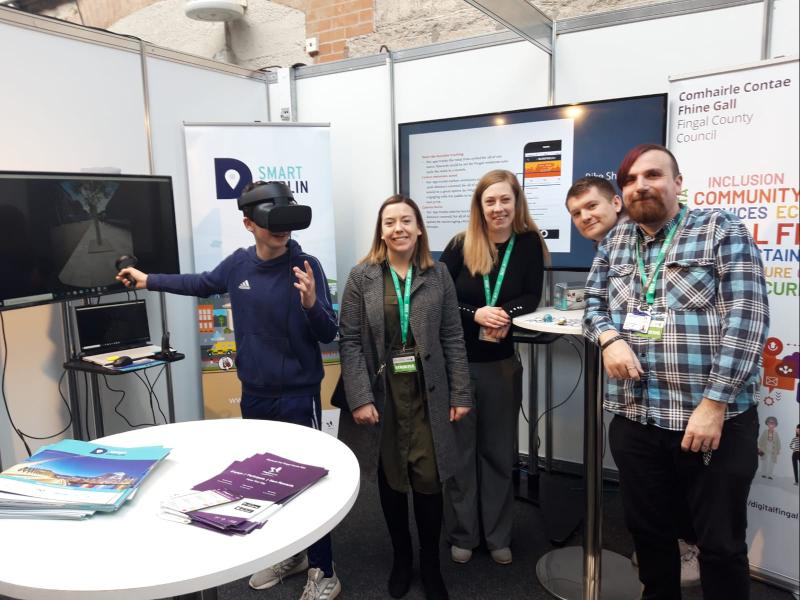 The BT Young Scientist & Technology Exhibition, now in its 56th year, is a fun-filled spectacle of creativity and inspiration, offering something for people of all ages.

Fingal County Council is showcasing innovative digital initiatives that look to improve the way we live and work in Fingal – from using drones to prevent illegal dumping, rolling out smart street furniture that can charge your phone and give you free Wi-Fi and developing interactive maker spaces to enhance creativity and innovation.

Speaking about the event, Mayor of Fingal, Cllr. Eoghan O’Brien, said: ‘The BT Young Scientist & Technology Exhibition is always a great event for showcasing the talents of young people. Fingal is well represented in this year’s exhibition with plenty of students representing schools from across the county attending.’

AnnMarie Farrelly, Chief Executive of Fingal County Council, added: ‘Fingal County Council always tries to keep up with the latest trends in science and technology and the BT Young Scientist & Technology Exhibition lets us demonstrate how we are using these technologies to provide the best services for our residents.’

The Fingal County Council stand is in the World of Science and Technology exhibition hall. At the stand, attendees can create some wearable technology, play with robotics, learn about the many digital services from Fingal Libraries, charge their devices at the Fingal smart bench and take part in a 3D virtual reality experience of the City.

The Digital Fingal team, Fingal Libraries, Smart Dublin and Dublin Maker will all be on hand to showcase Fingal’s Digital projects and services and to answer any questions from attendees.

At the heart of the Exhibition are the 1,100 students representing 244 schools across the island of Ireland who will compete for the coveted title of BT Young Scientist & Technologist(s) of the Year 2020.