The Balbriggan ​3D Model is a visual tool which will help citizens visualise the planned transformations of the town outlined in the Our Balbriggan 2019 – 2025 Town Rejuvenation plan.

The Balbriggan ​3D Model is a visual tool which will help citizens visualise the planned transformations of the town outlined in the Our Balbriggan 2019 – 2025 Town Rejuvenation plan. The model can be described as a ‘3D Map’ or ‘Digital Twin’ of Balbriggan as it was created using aerial survey photography and ground level photo surveys. It provides easy access to a visual representation of the reimagined Harbour and Quay Street area. 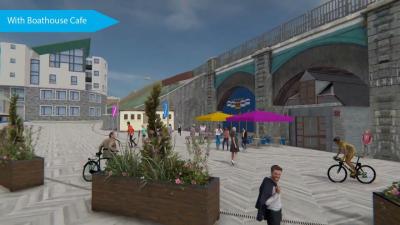 In 2020, Fingal County Council was awarded funding to develop a 3D Virtual Reality model to enhance citizen engagement in Balbriggan. €20,000 was awarded under the Public Service Innovation Fund, which aims to support innovation from public service bodies to promote collaboration and improved approaches to service delivery. Galway based 3D modelling company, RealSim, were awarded the contract to develop the model.

The model will be used to enhance community engagement, enabling the people and businesses of Balbriggan to view the future transformation of their town. An interactive web viewer has been created for the public to view and immerse themselves in Balbriggan’s reimagined spaces. Using this web viewer, you can walk down Quay Street and toggle to a festival view, where people are enjoying outdoor craft fair, food and music. This 3D environment showcases the potential of the Our Balbriggan 2019 – 2025 Town Rejuvenation plan.

A Desktop version of the model might be best described as a future digital twin of Balbriggan. It is a data-rich virtual representation of Balbriggan offering stakeholders a platform to make data-driven decisions in a low-risk environment before deploying them in the real world.

The model is also Virtual Reality (VR) ready, meaning that it can be viewed using a VR headset, offering a more immersive visual experience.  The multiple user engagement options (movie, web, desktop and VR) is facilitated by the underlying game engine technology used by RealSim, Unity3D, the most popular game engine in the world.  Fingal County Council are by extension harnessing the ease of use and multi-platform strengths of this technology to bring planning and community consultation into a new era of ‘Future Visioning’ and how we collectively shape the world we want to live in.

“The Our Balbriggan Hub situated in Georges Square, in the centre of the town is the engine room for the Our Balbriggan 2019 – 2025 Town Rejuvenation Plan and the base for the Our Balbriggan team. This VR technology will enable the team to engage further with the people of Balbriggan and help them to visualize how their town will be developed. Post Covid, VR headsets will be available at the Hub to residents and businesses to explore the 3D model and will also be used at events and in schools to showcase the Our Balbriggan public realm improvement plans in a fun and meaningful way,” said Aoife Sheridan, Senior Executive Officer, Fingal County Council.

“The advancements in 3D technology enables stakeholders to analyse proposed developments in greater detail than ever before. By creating a 3D model of Balbriggan, we can view it from a range of aspects, such as: ground level, bird’s eye view, time of day and year, inspecting shadowing analysis and lots more.

The Model has been created with open source and open data in mind, the source data of the model will be made available in accessible formats and released as open data on the Fingal Open Data platform. The model data will be made available for the Smart Balbriggan Hackathon event which takes place in June 2021,” said Aishling Hyland, Digital Strategy Manager, Fingal County Council. 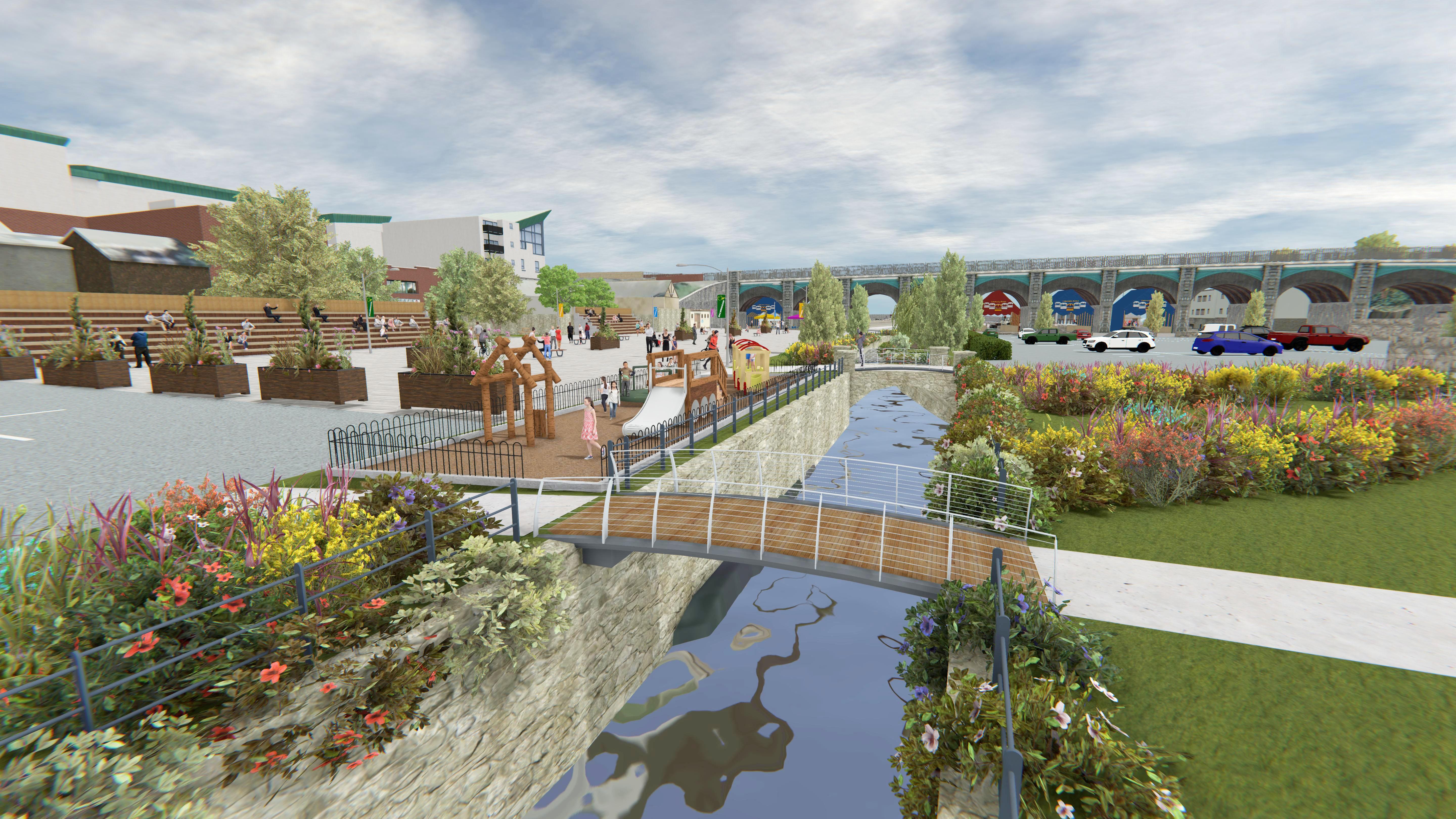 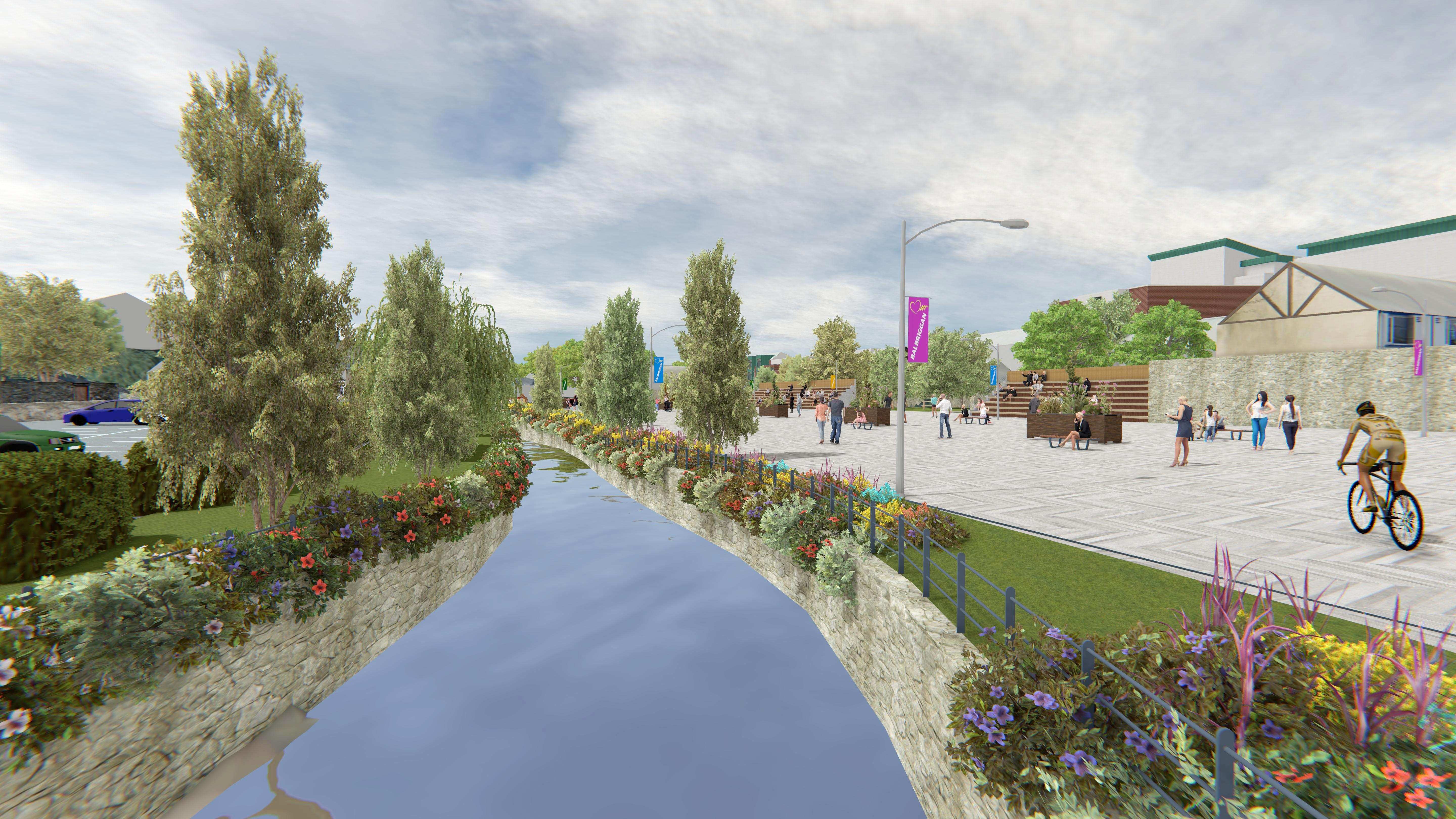 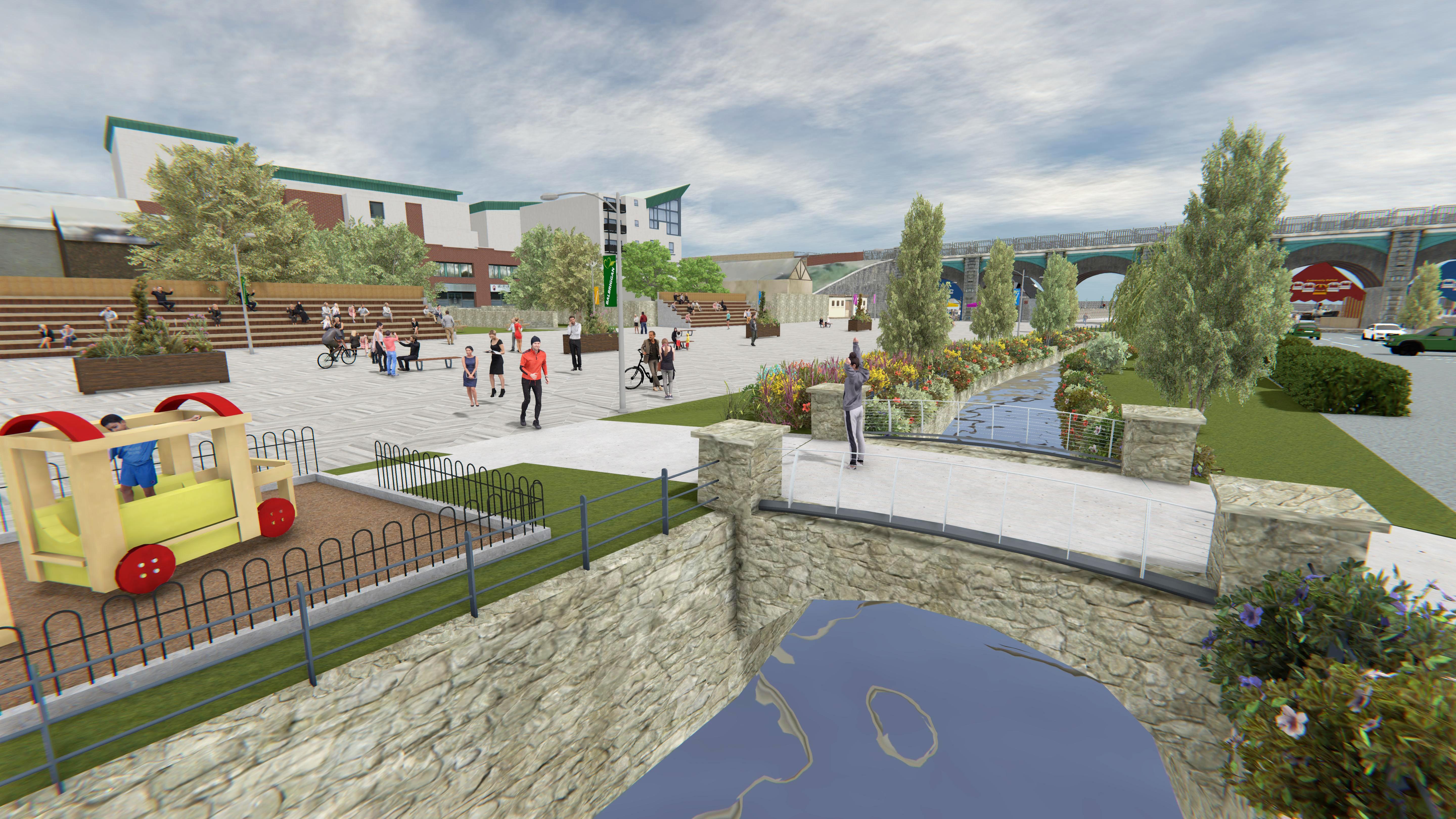