National Heritage Week 2022 will celebrate all things heritage from Saturday, 13th August to Sunday, 21st August 2022 and there will be plenty happening in Fingal.

See full details at  Heritage Week in Fingal or  www.heritageweek.ie

National Heritage Week 2022 will celebrate all things heritage from Saturday, 13th August to Sunday, 21st August 2022 and there will be plenty happening in Fingal. Take part in a community excavation, learn about Fingal’s Thatch Heritage, visit a Martello Tower or build a bug hotel! Whatever your taste whether it’s by attending one of the many in person events, viewing digital projects or getting out and exploring your local area the message is to celebrate and explore the rich heritage around us.

A Heritage Council programme, National Heritage Week brings together communities, families, organisations, cultural institutions, academics and enthusiasts, to build awareness about the value of heritage and support its conservation.  The theme for 2022 is about engaging with heritage to create a more resilient world, enhancing sustainability and biodiversity.

The Fingal programme will open with the Launch of the Donabate Portrane Heritage Audit by Mayor of Fingal Cllr Howard Mahony at Stella's Castle, Portrane on Saturday 13th from 2pm to 3pm. Everyone is encouraged to come along to enjoy the occasion with light refreshments and free copies of the audit will be available.

Building on the success of previous seasons of community excavation Fingal’s Heritage Officer and archaeologist Christine Baker is undertaking another excavation at Drumanagh promontory fort with a team of professional archaeologists and volunteers from the local community and beyond. Beginning on August 17th the Dig will help inform the future management of this nationally important archaeological site.  Previous seasons of excavation at the site uncovered evidence  of settlement, trade, death and burial from the Iron age two thousand years ago

Fingal Libraries will host Heritage Workshops and Bee Workshops in partnership with the Rediscovery Centre for children where they can explore biodiversity and the amazing plants, animals and ecosystems around us through fun activities.  Members of Fingal historical societies and heritage groups will come together in Malahide on the 17th to share short talks on their local areas.

The very popular Fingal Heritage Officer Digital Heritage projects will continue this year including the Heritage from Above with a focus on Balbriggan, the Heritage X Climate Project looking at the impact of climate change on heritage sites, and the release of a beautiful video on the Fingal Thatch heritage.  A tour of Skerries Thatched houses will also take place as part of the Thatch project on the 20th.

Mayor of Fingal Cllr Howard Mahony commented ‘Fingal has a rich natural, built and cultural heritage tradition and Heritage Week is an opportunity to celebrate the great work that is carried out by Fingal communities and the Fingal Heritage Office to preserve and promote this. I would encourage everyone to come along to an event near you to celebrate Fingal's Heritage’

Heritage Officer Christine Baker said ‘ ‘Our connection to our heritage is not just to events in the past but to each other. National Heritage Week is a great opportunity to share, exploring and enjoy our heritage places and stories that mean so much to local communities’

Other events taking place in Fingal include a Clean up and Heritage Walk on Ireland’s Eye, Traditional cricket tea at Phoenix Cricket Club, Visits to Tom and Terry’s Martello Tower Portrane, Watches with Whale Watch Ireland at Howth Head, Tree Maintenance with Easy Treesie Santry Demese, A geological field trip in Loughshinny, Reconnecting with Nature at Brackenstown and much more. See full details at www.heritageweek.ie or www.fingal.ie/heritageweek2022 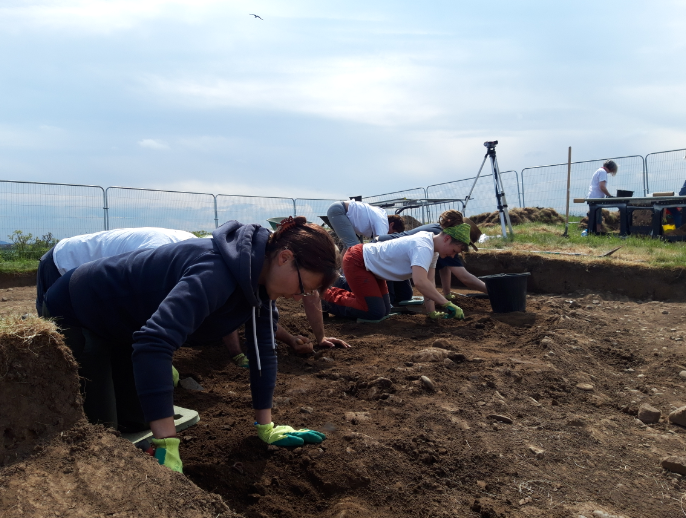