As part of Fingal County Council's Commemorations programme 2018-2023, the Arts & Libraries Department have produced two separate distinctive elements to commemorate the Burning of the Coast Guard Buildings in June 1921. 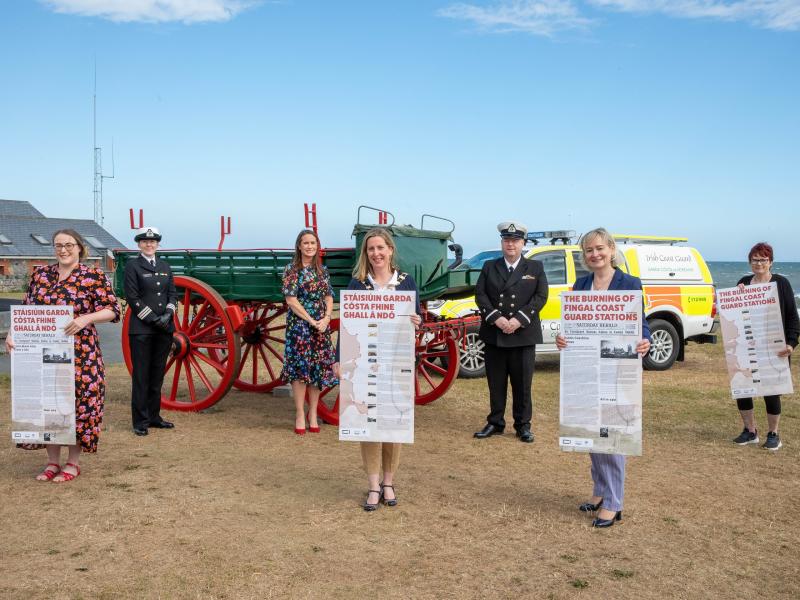 Image: Mayor of Fingal, Seána Ó Rodaigh launches Fingal County Council Libraries exhibition “The Burning of the Coastguard Buildings” which marks the centenary of the events that took place on the 18th June, 1921.

As part of Fingal County Council's Commemorations programme 2018-2023, the Arts & Libraries Department have produced two separate distinctive elements to commemorate the Burning of the Coast Guard Buildings in June 1921.  The Libraries Exhibition and the Fingal Arts new writing commission on the theme were launched today by Mayor of Fingal Cllr. Seána Ó Rodaigh, joined by the Director Emer O’Gorman, the Skerries Coastguard, representatives of the Irish Writers Centre and the Fingal Creative Ireland, Libraries and Arts teams.

At the stroke of midnight on 18th June 1921, six Coast Guard stations on the North Dublin coast were silently approached by groups of IRA Men ready to undertake a simultaneous attack. The reason for these attacks was to secure a landing place for a shipment of arms which were being smuggled from the U.S. aboard the freighter East Side. It had been meticulously planned – the raiding parties lay in wait having cut the telephone wires to ensure no one could raise the alarm. When zero hour arrived, they rushed into stations up and down the coast, taking the Coast Guards by surprise. The Guards and their families, who lived onsite, were told to leave immediately and the stations were set alight. As dawn broke the following morning, flames were still licking what was left of the stations at Skerries, Loughshinny, Rush, Rogerstown, Portrane and Robswall.

Archivist Karen de Lacey and Senior Librarian Catherine Keane from Fingal Local Studies & Archives have produced an exhibition which looks at the history and functions of the Coast Guard in Ireland, their locations in Fingal, arms smuggling by the IRA at this time, the plan to smuggle 1,000 ‘tommy guns’ to Ireland via Loughshinny Harbour and the events of the 18th June 1921 when the Coast Guard stations were attacked.

In line with current COVID-19 guidelines, the Library exhibition will open on 21st June 2021 in the Atrium, County Hall, Swords,  Skerries Church and Rush Library and will later travel to Donabate and Malahide Libraries. The exhibition will also available to view online here 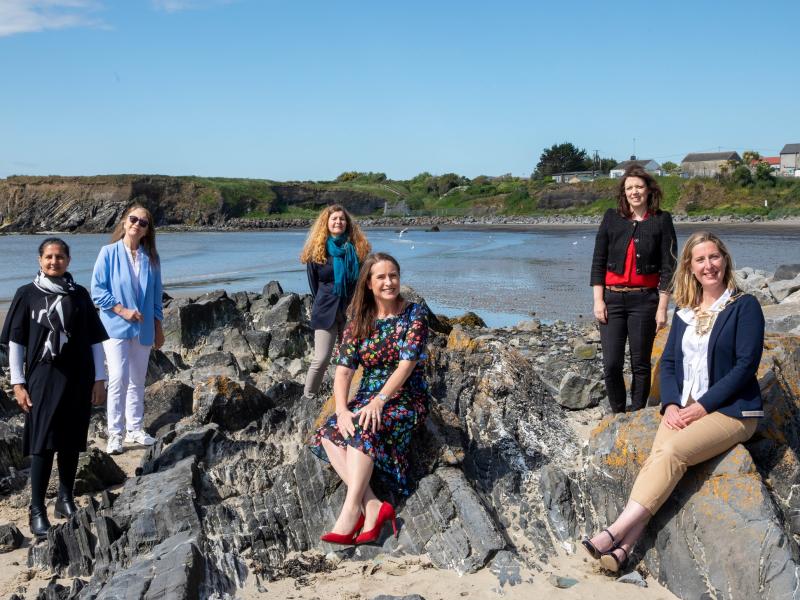 Image: Mayor of Fingal, Seána Ó Rodaigh launches Fingal County Councils Arts Department & the Irish Writers Centre writing commission “A Burning Tide” to mark the centenary of the Burning of the Coastguard Buildings which took place on the 18th June, 1921.

Fingal Arts Department in association with the Irish Writers Centre have commissioned six pieces of new writing, including monologues, short stories, poetry and prose that will not only commemorate the anniversary of the formation of the Irish State in 1921 they will also mark the 30th anniversary of the Irish Writers Centre. These pieces which include work by Irish Writers Centre Ambassadors Éilís Ní Dhuibhne, Ciara Ni É and Mike McCormack as well as Dermot Bolger will be based on the theme of the Burning of the Coast guard buildings in a reimagining and personal interpretation of the events that took place on the night of June 18, 1921. The focus of the project, entitled A Burning Tide, will be on these historical events and on using them as an impetus to create new writing that will resonate with and connect to modern-day society.

A video will be created of the original pieces of writing, with the writers or actors reading the words to camera, in locations such as Skerries and Loughshinny Harbour, where the original events took place. This video will be screened in various locations on Culture Night 17th September 2021 as well as on the Irish Writers Centre website.

Mayor of Fingal, Cllr Seána Ó Rodaigh said “The burning of the coastguard stations and related events in 1921 are very significant in the history of Fingal and it is fantastic to see these events being brought to life for the present generation by this very informative exhibition and explored in such an innovative way by the writing commission.”

Emer O’Gorman, Director of Economic Enterprise Tourism & Cultural Development said: “The Libraries Department high quality exhibition and the Arts Department innovative and creative writing commission, produced to commemorate the centenary of the dramatic events that took place on 18th June 1921 - The Burning of the Coastguard Buildings in Skerries, Loughshinny, Rush, Portmarnock & Malahide, - demonstrates Economic Enterprise Tourism & Cultural Development Departments commitment to delivering an all-inclusive Commemoration Programme 2018 – 2023.  The description of the events in context to similar events that took place throughout Ireland and pairing that with the creation of modern interpretations of the events allows Fingal citizens to gain a deeper understanding of Irelands history while providing them with a sense of place for the future.” 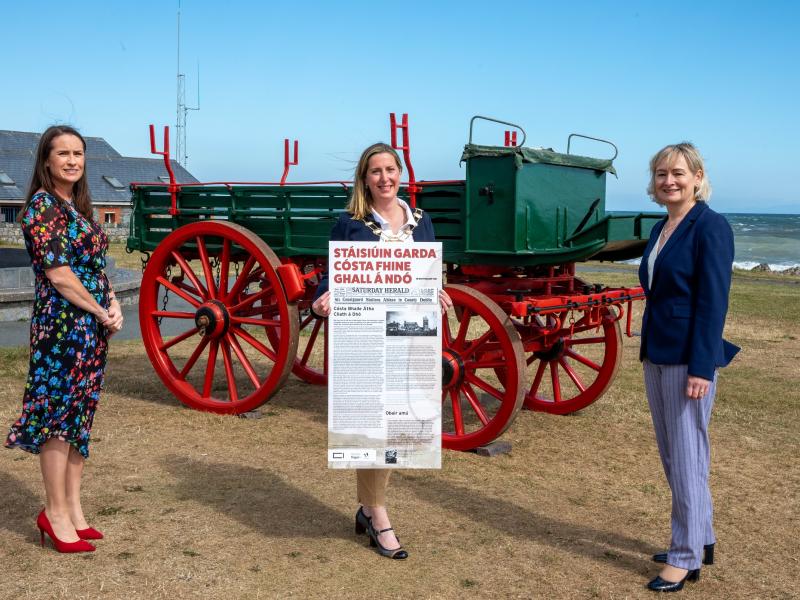 Betty Boardman, County Librarian said “The Local Studies and Archives section of the Libraries Department in Fingal County Council plays a very significant role in preserving and making available the historical records of the County. It acts like a memory bank for researchers, historians, students and for family history enthusiasts. Our small team of staff there have researched and sourced information on the Burning of the Coast Guard stations in 1921 and have put together a fascinating exhibition on this turbulent time in Irish history”

(Note: The Rocket Cart featured in the images is a lifesaving apparatus. A rocket was used to shoot a light rope onto a ship in distress. This rope was then used to pull heavier ropes and equipment onto the ship. The Rocket Cart contained a supply of lifesaving equipment and was usually horse-drawn. The Skerries Rocket Cart is currently on loan to Fingal County Council). 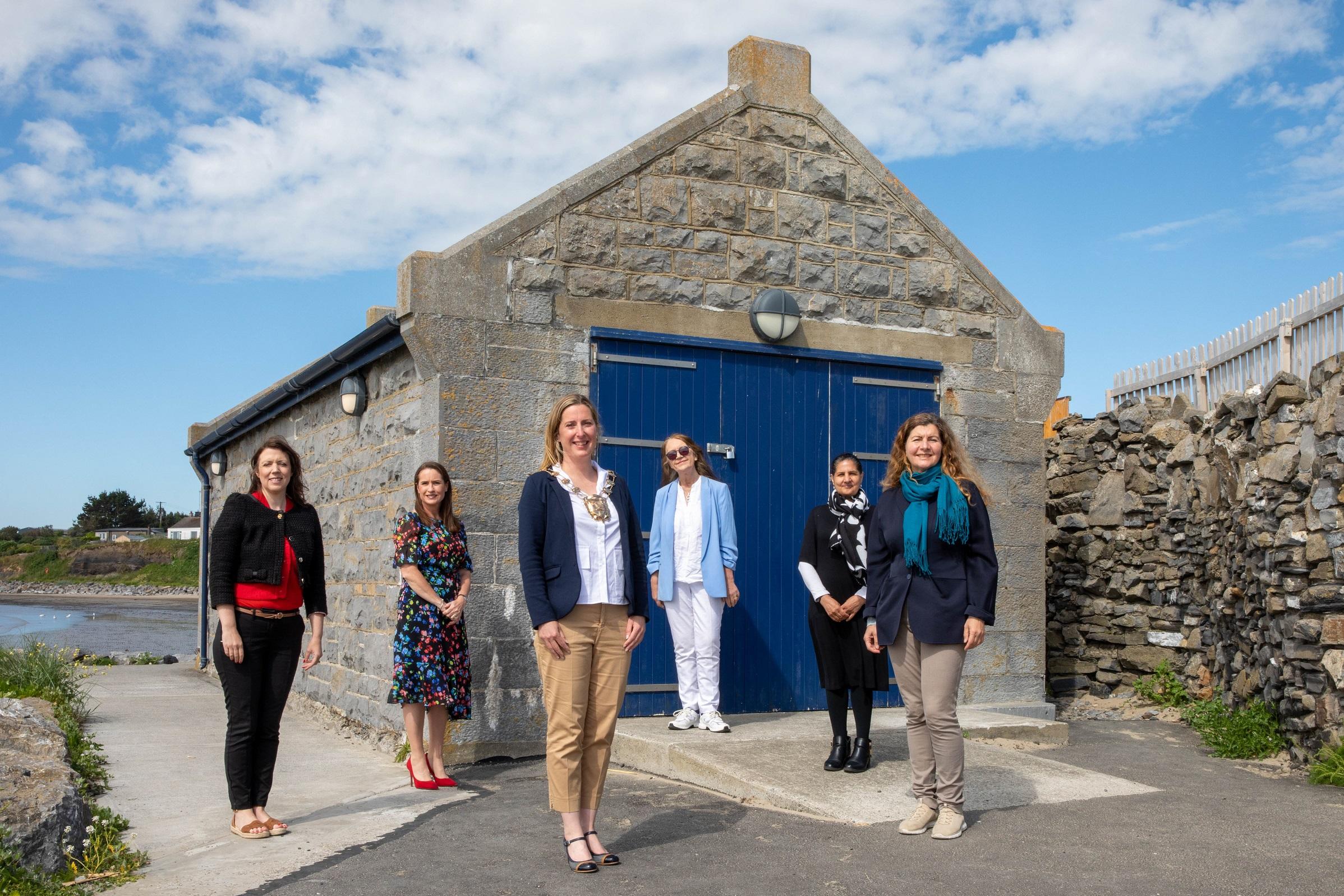 Rory O’Byrne County Arts Officer, said “There is something about the visible qualities of the largely unchanged Fingal Coastline, where the events of the night of the 18th of June 1921 ,took place. The eyewitness reports prompt the imagination to fill in the gaps of the story, a small boat containing guns rowing into Loughshinny, the visual of two men saving a piano from the fire and the agreements made to start it so that nobody was harmed could only be satisfied by a writers mind. The Irish Writers Centre, felt as we did, strongly about the possibility of new writing that could fittingly reimagine the events of that night with their professional writers commission ‘A Burning Tide’ so that the stories of that night will be remembered and retold in Fingal & beyond for future generations".
Valerie Bistany, Director, Irish Writers Centre said: "The Irish Writers Centre takes pride in the creative contributions that our IWC Ambassadors Éilís Ní Dhuibhne, Mike McCormack and Ciara Ní É, and Fingal writer Dermot Bolger will make to this important project. I am confident that their commissioned pieces will reflect a fascinating local history on the eve of the founding of the state, and imbue its stories with a colour and imagination that will fascinate.” 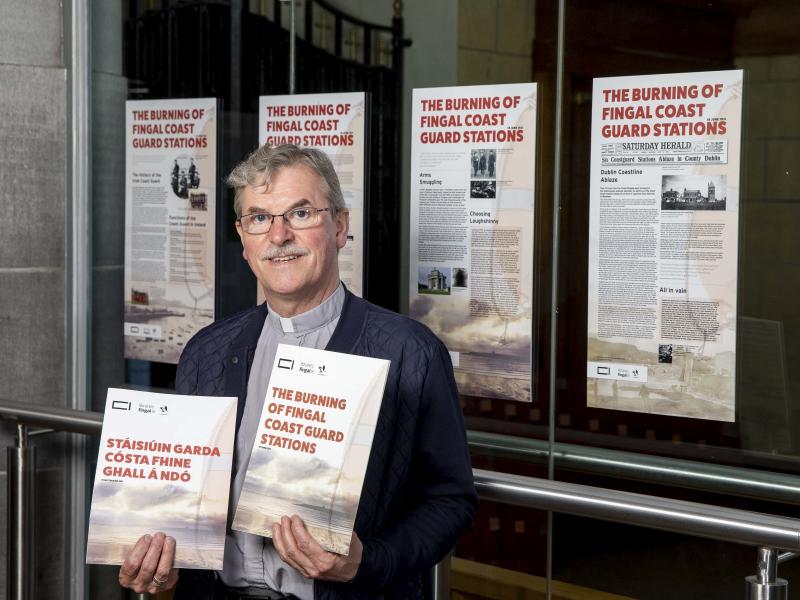