Fingal County Council is delighted to receive a total of seven Green Flags as part of the prestigious Green Flag Awards 2020. 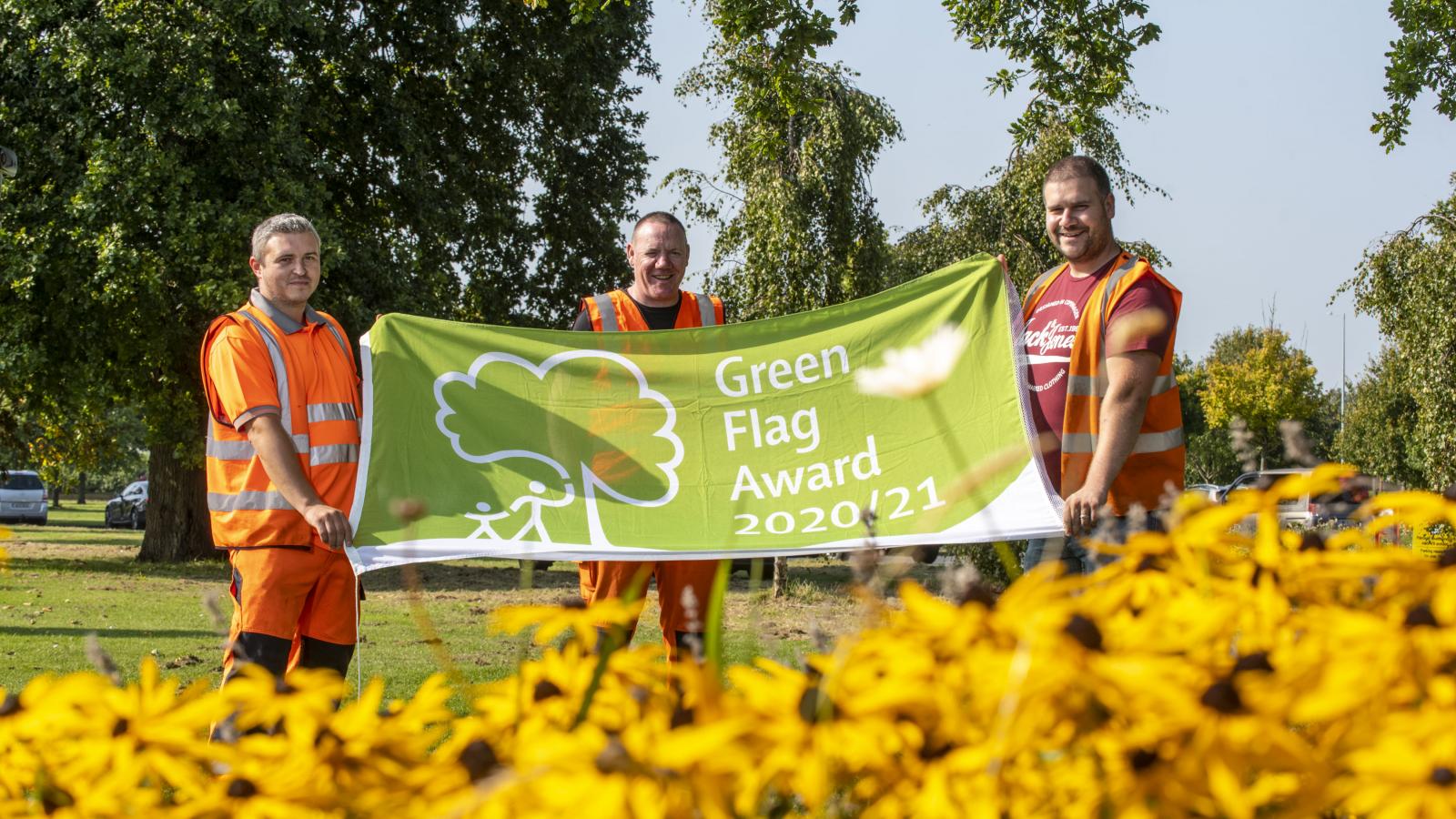 As the awards ceremony couldn’t proceed as normal, An Taisce chose some Fingal sites to record a virtual flag raising ceremony to congratulate all the recipients countrywide with Minister for State Joe O’Brien, Deputy Mayor of Fingal Robert O’Donoghue and a number of Fingal staff featuring in the video.

The award winning parks in Fingal to receive Green Flag Awards in 2020 are Ardgillan Demesne, Malahide Demesne, Millennium Park, Newbridge House and Farm, Santry Demesne and St. Catherine’s Park.  Only awarded for exceeding tough environmental standards in green space management, and excellence of visitor attractions – the Green Flag Award for Parks is the mark of a quality park or green space and is recognised throughout the world. It is therefore a huge achievement for the Fingal parks awarded.
nge of welcoming these increased numbers and providing a pleasant visitor experience while ensuring compliance with Covid-19 guidelines.” 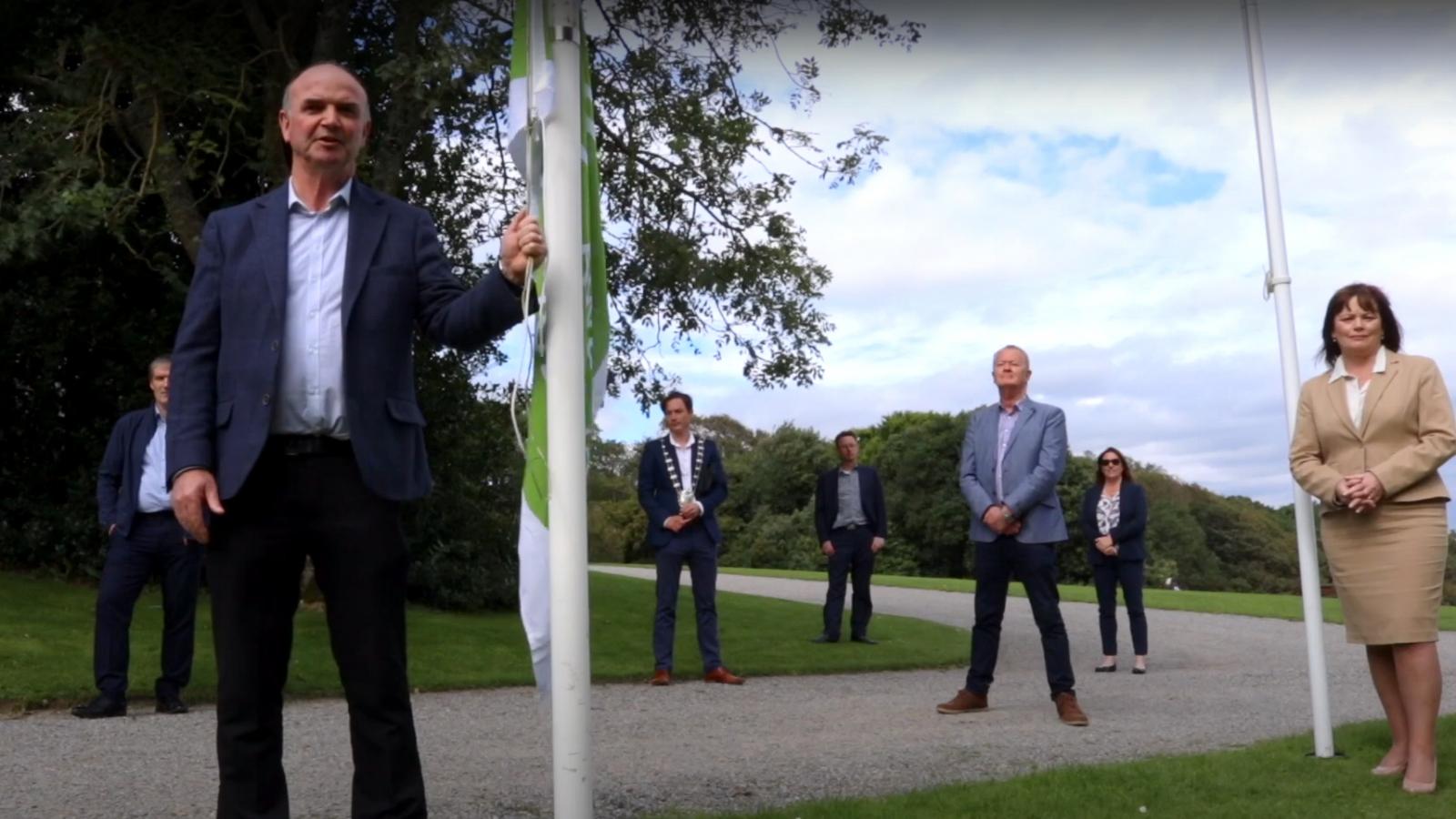 As well as the overall awards Fingal was delighted to receive a ‘Highly Commended’ award within the Pollinator Project Award for Millennium Park, Blanchardstown as an acknowledgment of the management decision to cease all use of herbicides within the park.

The Park became pesticide free in 2018 following a reduction of 1/3 every year from 2016 as part of the park’s pollinator friendly initiatives. Mulch, the by-product of our tree maintenance programme, is utilised to great success as a weed suppressant around trees, benches, boundary walls, bins and other park elements. Not only does the use of bark mulch eliminate the requirement to use pesticide but it also reduces our carbon dioxide emissions as the area of grass cutting decreases. The further reduction of grass cutting areas along with the annual addition of pollinator friendly planting emphasises the Green flag status of the park. 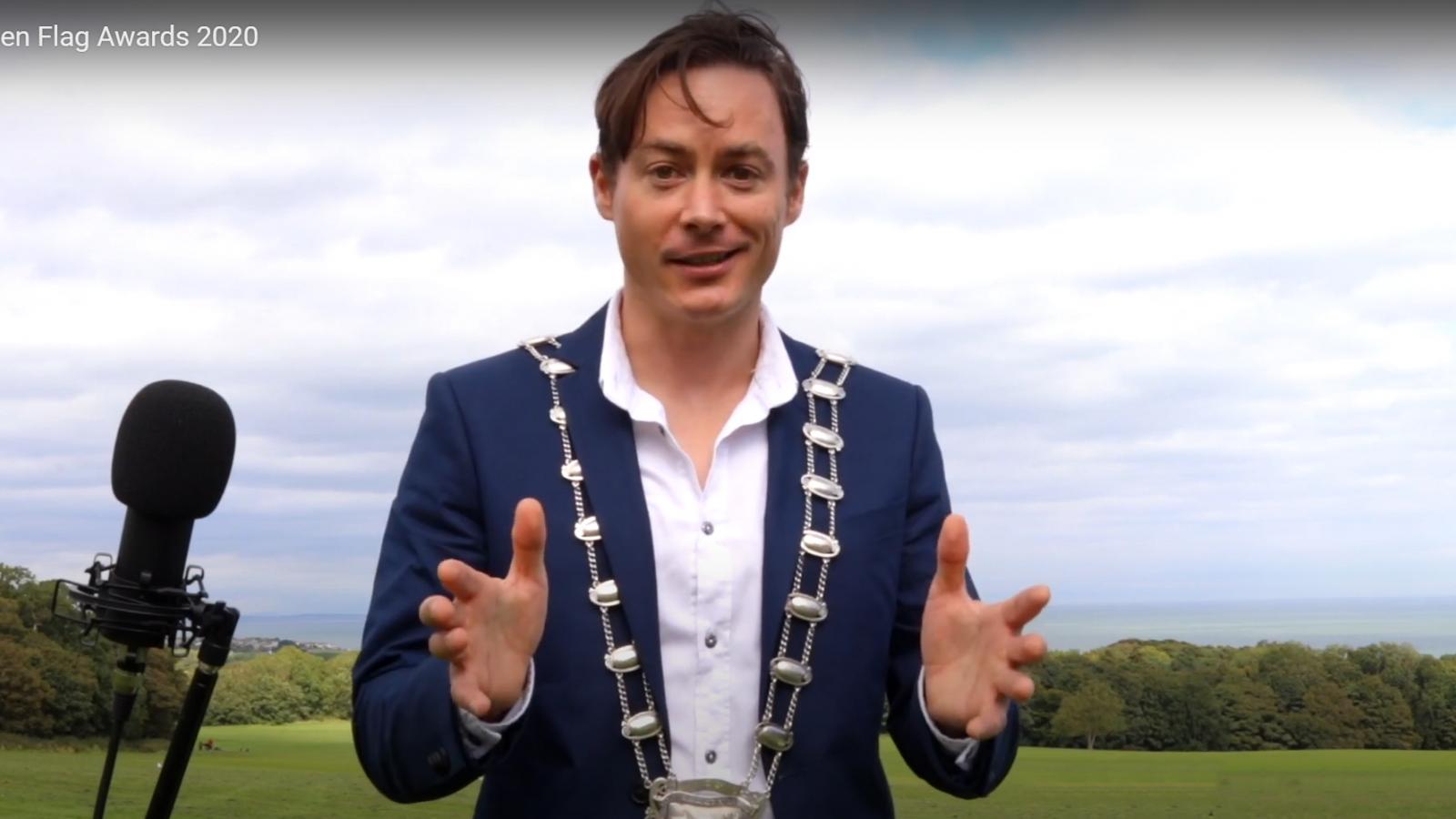 Fingal also received its first Community Award for the Rock Garden, Swords as an acknowledgment of collaboration between the local community group and Fingal County Council working together to improve a community green space. The small park on the Rathbeale Road was developed in 2018 in a joint effort between Fingal County Council and Swords Tidy Towns and is now a very popular outdoor space to sit and relax.  In Ireland the coordination of the Green Flag Community Award Scheme, which empowers community groups to improve their local community and environment, is made possible by the support of the Department of Rural and Community Development.

Speaking about the award Mayor of Fingal Cllr David Healy said: “I would like to congratulate everyone in Fingal County Council on the excellent standard of their parks which has been recognised in these Green Flag awards. Parks play a huge role in our lives and are so important for our physical and mental wellbeing, particularly this year when a visit to the park has been a highlight of many people’s lives during Covid-19 restrictions.”

Chief Executive of Fingal County Council AnnMarie Farrelly said: “Fingal County Council is very proud to receive all these awards and would like to extend its congratulations to all the staff that maintain and manage these sites which makes participating in these awards possible. Providing a space where people can safely enjoy the outdoors has been very important this year and our Parks have been enjoyed in unprecedented numbers by people of all ages and interests across the county.”

Kevin Halpenny Senior Parks Superintendent said: “We are delighted to receive these Green Flag Awards which are a testament to the commitment of Fingal County Council Parks and Green Infrastructure Department to develop Parks and Open Spaces that balance environmental sustainability and biodiversity with providing amenities that can be enjoyed by every park user.”

David Storey Director of Operations said “These Green Flag awards are a good news story and recognition of the efforts of the Operations teams in parks across Fingal as they meet the challenges faced by Covid-19 restrictions and guidelines. Parks have been hugely popular this year and the staff have met the challe