The Dove - The Story of Colmcille In Dublin, Documentary Series launched

To celebrate the 1500 year anniversary of the birth of one of Ireland’s most prolific saints - St Colmcille, Fingal County Council in association with Creative Ireland have launched a documentary series about the life of the saint and his connection with the Swords area. 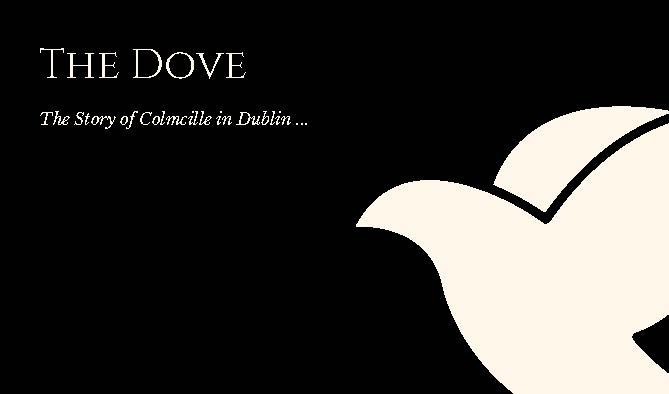 To celebrate the 1500 year anniversary of the birth of one of Ireland’s most prolific saints - St Colmcille, Fingal County Council in association with Creative Ireland have launched a documentary series about the life of the saint and his connection with the Swords area.

The four part video series explores the tales of ‘The Dove’ where presenter Pamela Finn met with renowned archeologist and historian Dr. Brian Lacey to discuss Saint Colmcille and his legacy.

Mayor of Fingal Cllr Seána Ó Rodaigh commented “St. Colmcille has a very important role in the foundation and history of Fingal’s county town of Swords and I welcome the Council’s support for this wonderful documentary series ‘The Dove - The Story of Colmcille In Dublin’ being launched to mark his 1500 anniversary. I am very enthusiastic about viewing the videos myself and I am sure they will be of huge interest and provide a fantastic insight into the life and legend of Colmcille.”

Emer O’Gorman, Director of Economic, Enterprise, Tourism and Cultural Development said: The importance of recording Fingal’s culture and heritage for future generations cannot be underestimated. By facilitating funding initiatives such as the Creative Ireland Programme and by supporting artists and creatives in the production of documentaries such “The Dove” video series, which details the crucial link between the founding of Colmcille’s monastery and the development of Swords Town, Fingal County Council continues to play a pivotal role in the preservation of Fingal’s history for the citizens of Fingal.

Dr. Lacey brings viewers on a journey learning about the saints life, how his christian name originated into ‘Dove of the Church’. The documentary series also explores the legendary story of the historical battle that took place after Colmcille and St Finian’s copyright judgement which led to the saying "To every cow belongs her calf, therefore to every book belongs its copy."

Colmcille founded the Black Abbey at Derry and monasteries at Kells in Meath, Durrow in Offaly and Swords in Dublin, among others. Evidence of the sixth century ecclesiastical settlement in Swords still exists, centred on St. Columba’s Church of Ireland Church on Church Road. In this documentary , filmed in the Swords area, we learn how monastery led to the development of the town. Dr Lacey also talks about how the relic of Colmcille was used as a spiritual weapon by the O Donnell Clan in a battle where it received it name ‘The Battle Book’.

This documentary is a prime example of how Fingal County Council and Creative Ireland celebrates culture and heritage as we celebrate one of Ireland’s most historic figures.

The documentary is available to watch on from November 15th on Fingal County Council’s social media pages, website here , YouTube and on www.prpam.ie