Fingal County Council has welcomed today’s announcement by the Minister for Housing, Local Government and Heritage, Darragh O’Brien TD, that €25.4m has been awarded under the Urban Regeneration Development Fund (URDF) for projects associated with the rejuvenation of Balbriggan. 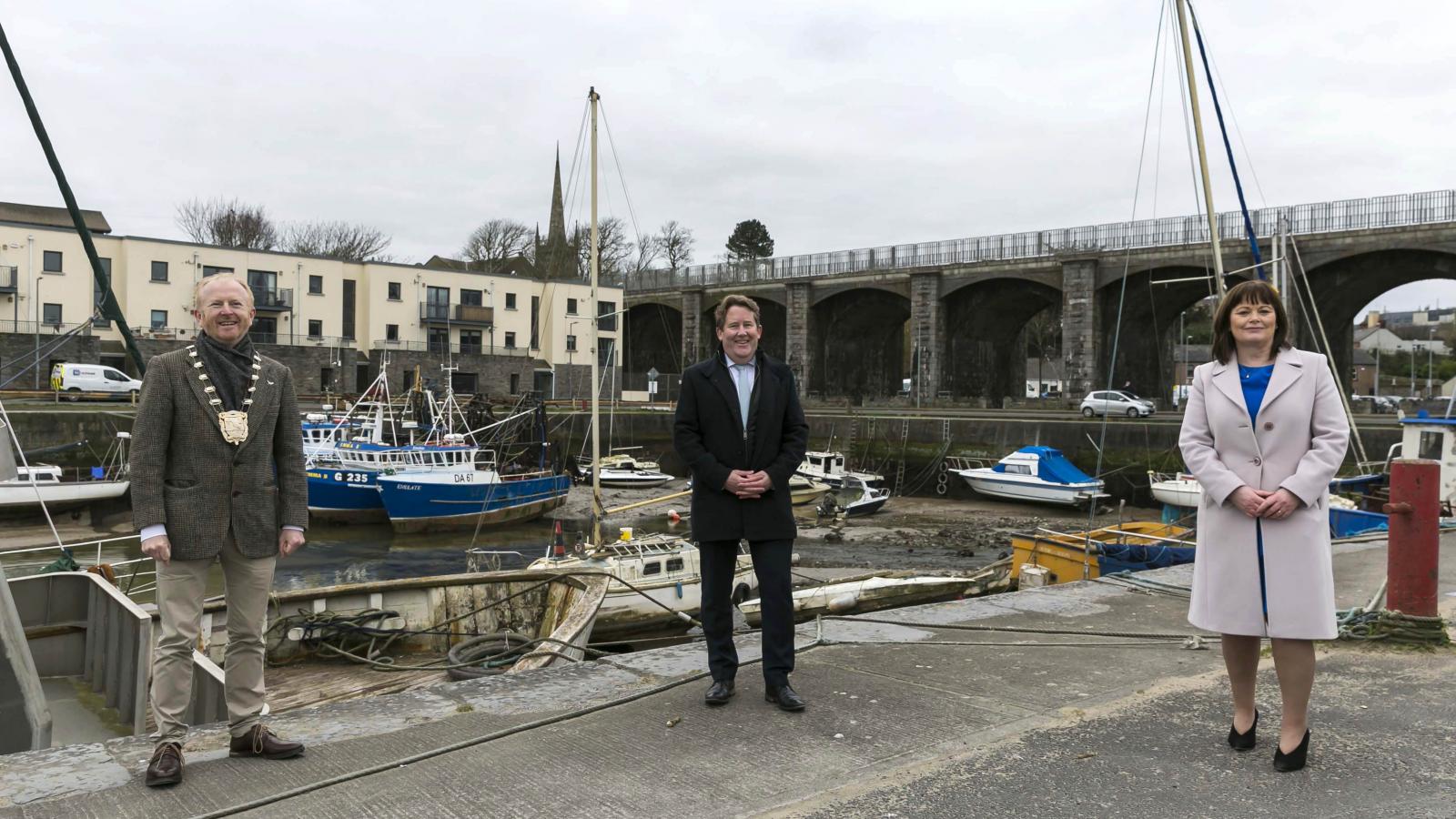 The funding will help realise eight projects under the Our Balbriggan Rejuvenation Plan by  2027.  The overall cost of the projects is anticipated to be €33.9m with Fingal County Council providing €8.5m to complete the planned public realm improvements.

The eight projects are:

The Mayor of Fingal, Cllr David Healy, said: “The Balbriggan Rejuvenation Plan is a key project for Fingal County Council and this funding will support the efforts to transform Balbriggan town centre. The infrastructure and public realm improvements which can now proceed will support a number of connected purposes. Improvements to public space will support quality of life and community life in Balbriggan. In doing so they will underpin the development of the local economy as well as the transition to a decarbonised economy and society which is at the core of both national and Fingal policies. I want to pay tribute to the Council officials, community representatives and local Councillors whose imagination and commitment is reflected in the Rejuvenation Plan, and to thank Minister O'Brien, on behalf of the Council and community, for the URDF funding which will help to realise the Plan.”

The Chief Executive of Fingal County Council, AnnMarie Farrelly, said: “We are delighted that our application for funding under the Urban Regeneration Development Fund has been successful and it will assist the Council in delivering a transformed town centre and harbour area.  Our aim is to ensure Balbriggan continues to be a great place to live, invest, to work and do business.  We have planned the investment with extensive collaboration with the local community and I want to thank the Balbriggan Leadership Group for their work on the ambitious plan that is Our Balbriggan.”

Professor Brian MacCraith, Chair of the Balbriggan Leadership Group, said: “On behalf of the Balbriggan Leadership Group, I welcome this announcement wholeheartedly. With significant funding now secured and detailed plans in place, the rejuvenation and regeneration of Balbriggan can now take a major step forward and by 2027 the heart of the town will be transformed. This investment in the public realm of Balbriggan will create the conditions for private investment, leading to the repurposing of existing vacant buildings and infill developments. This will create a more attractive place to live, work and visit. The re-development of buildings and disused areas will expand the available space in the town centre for community and commercial uses providing new amenities, green spaces and an improved public realm.”

With funding now secured, Fingal County Council plans to deliver the eight projects in phases. The first phase, which is scheduled for completion by 2023, will involve the reimaging of the public realm at Quay Street, the upgrading of the Harbour area and the development of Artists’ Studios and a Digital Innovation/Maker Space at 2/4 Dublin Street.

The development of Bremore Regional Park, the Fingal Coastal Way and Bridge Street is expected to be finished by 2026. These projects will involve improvements to the promenade and coastal areas as well as a cycleway between Bremore Castle and Ardgillan Castle which will form part of the Fingal Coastal Way. It also includes the redevelopment of buildings on Bridge Street which have recently been acquired by the Council.

Fingal County Council is now progressing to the procurement of design teams for the public realm improvement projects. They will prepare plans for the redevelopment of the buildings and public realm areas for public consultation before construction commences.