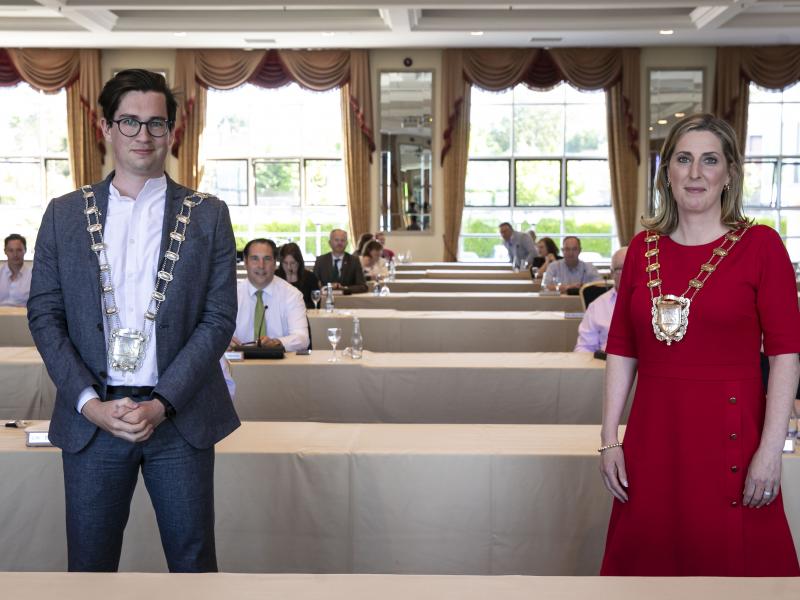 Councillor Seána Ó Rodaigh of the Labour Party was elected as Mayor of Fingal at the annual meeting of Fingal County Council which was held today at the Grand Hotel, Malahide.

Cllr Daniel Whooley of the Green Party was elected as Deputy Mayor.

Cllr Ó Rodaigh, who represents the Balbriggan Local Electoral Area, was first elected as a councillor in 2019. Based in Skerries, she works as a teacher in St Patrick’s Senior National School in the town.

This is the seventh time a woman has led Fingal County Council since the formation of the Council in 1994 and Cllr Ó Rodaigh is the third woman to be elected as Mayor since the position was established in 2006.

Cllr Whooley, who represents the Ongar Electoral Area, has been an elected member since 2019. He is a student at TUD Blanchardstown where he is studying Cybersecurity.

Tributes were paid to the outgoing Mayor, Cllr David Healy by councillors and Fingal County Council Chief Executive AnnMarie Farrelly who also presented Cllr Healy with a Commemorative Medal and a Photograph Album recording his year in office.

Cllr Healy thanked Cllr Robert O’Donoghue for his support as Deputy Mayor during the year and paid tribute to everybody who had contributed to making his year in office a success.

The new chairs will take up their positions in September. 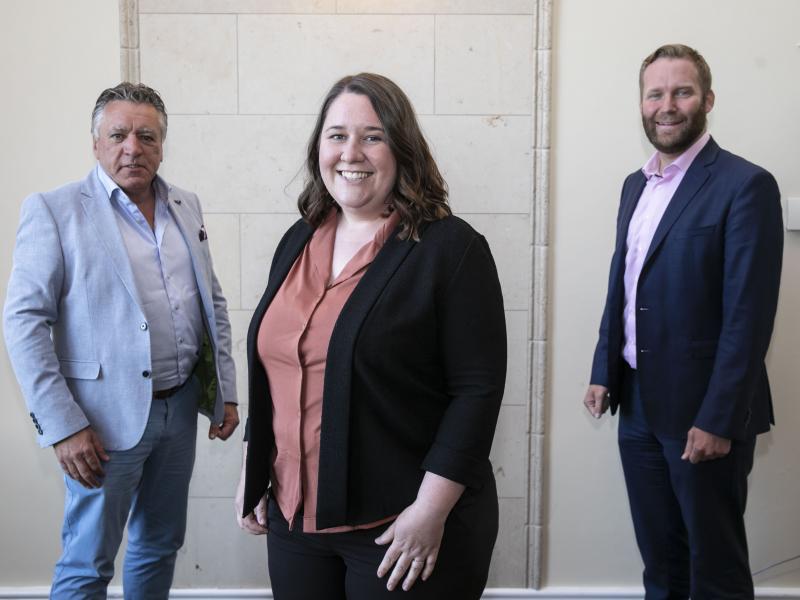