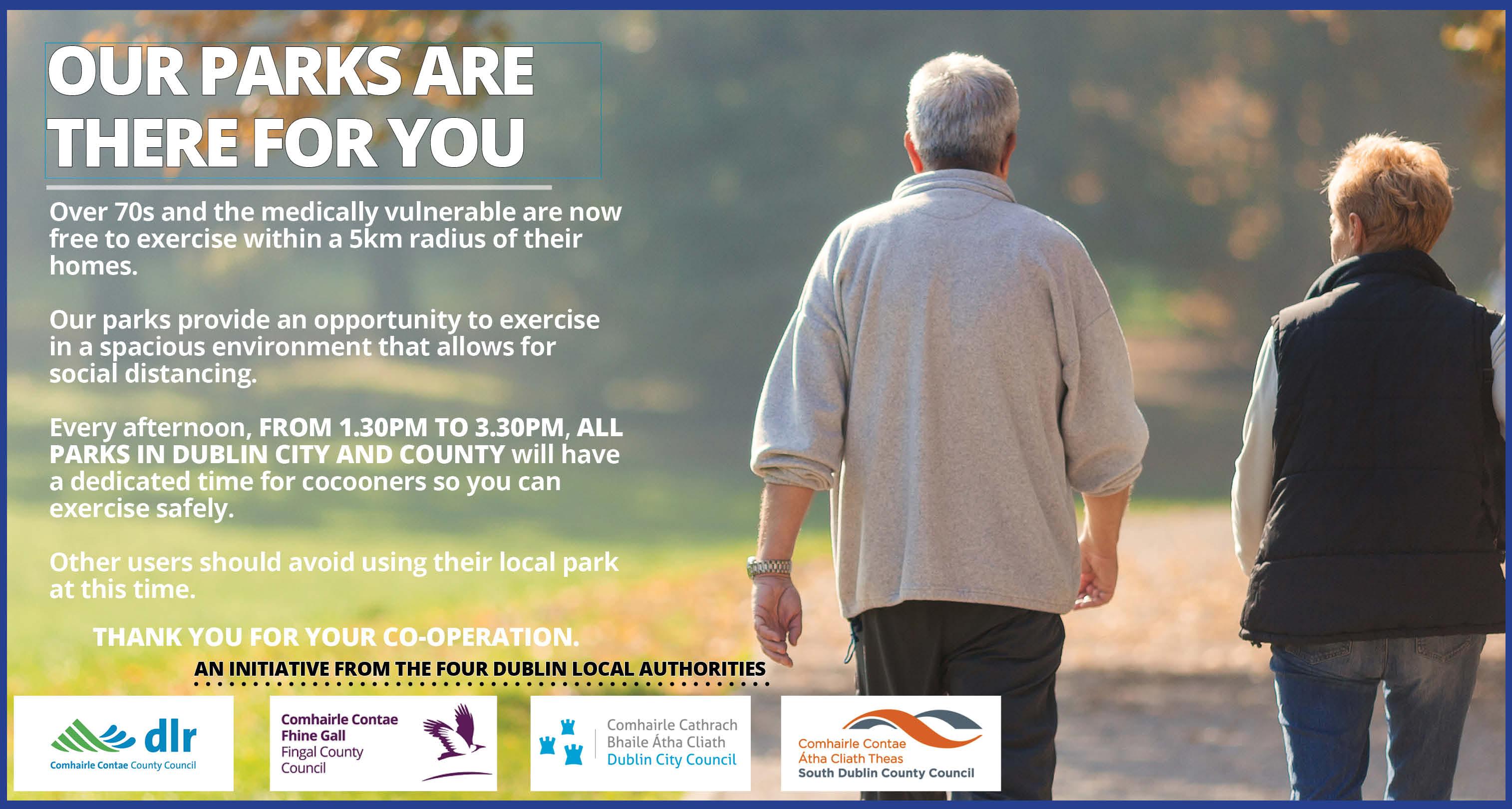 Following the announcement of the designated times for Cocooners to exercise in our Parks, the following car parks in Fingal will be open between 1.30pm and 3.30pm to facilitate Cocooners who are now allowed exercise within 5km of their homes.

In order to provide space for those who are cocooning, we would encourage others not to use our parks at this time.  The car parks listed will be managed by Fingal County Council staff and are only for use by those cocooning.

We would appeal to other park users to avoid trying to use the car parks.

Dublin’s four local authorities have come together to create a designated time for cocooners to wish to exercise in their local parks.

From tomorrow, Wednesday, May 6, a two-hour period between 1.30pm and 3.30pm will be reserved in all parks across Dublin city and county for people who are cocooning. This includes the Over-70s and medically vulnerable people.

Other park users are asked to consider using parks at other times so that those cocooning can have as much space and confidence in physical distancing as possible.

Mayor of Fingal, Cllr Eoghan O’Brien said: “The COVID19 crisis brings with it many challenges and often we are having to face it by thinking differently. I fully support this innovative plan to allow Cocooners much needed dedicated space and time in the outdoors – allowing them the peace of mind that they can get their long-awaited fresh air and exercise in as safe an environment as possible.”

The Chief Executive of Fingal County Council, AnnMarie Farrelly said: “We are asking all other citizens to please take on board the request to leave this two-hour period for those who have been cocooning and to use the park at other times. It is extremely important that they can enjoy our parks and exercise in safety.”