Fingal County Council’s Arts Office, in association with The Irish Writers Centre, is delighted to present – A Burning Tide – A New Commissioned Writing & Film Commission, to be presented as part of Culture Night 2021 on 17th of September 2021, at Loughshinny Boathouse from 7pm – 9pm and online here https://vimeo.com/606593810 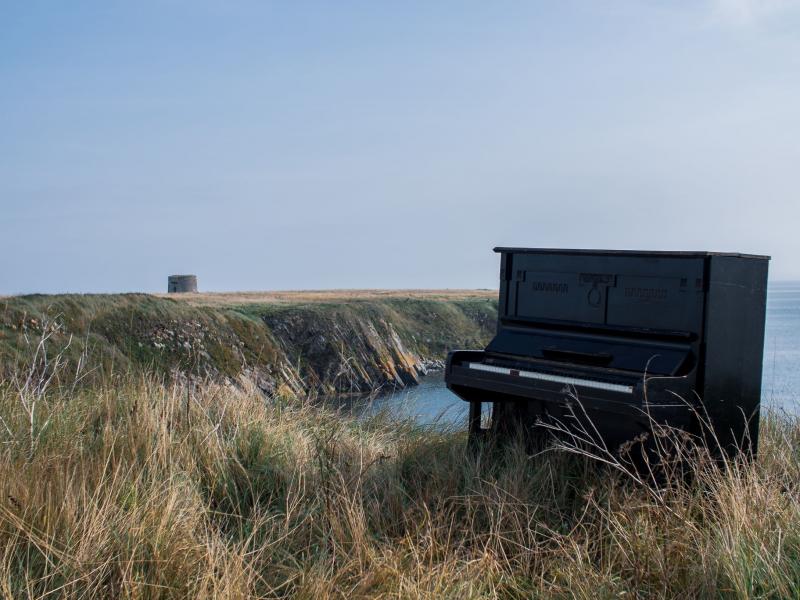 At the stroke of midnight on 18th June 1921, six Coast Guard stations on the North Dublin coast were silently approached by groups of IRA men ready to undertake a simultaneous attack. The reason for these attacks was to secure a landing place for a shipment of arms which were being smuggled from the U.S. aboard the freighter East Side. It had been meticulously planned – the raiding parties lay in wait, having cut the telephone wires to ensure no one could raise the alarm. When zero hour arrived, they rushed into stations up and down the coast, taking the Coast Guards by surprise. The Guards and their families, who lived onsite, were told to leave immediately and the stations were set alight. As dawn broke the following morning, flames were still licking what was left of the stations at Skerries, Loughshinny, Rush, Rogerstown, Portrane and Robswall.

Fingal County Council’s Arts Office, in association with the Irish Writers Centre, has commissioned six pieces of new writing, including monologues, short stories, poetry and prose. These pieces which include work by Irish Writers Centre Ambassadors Éilís Ní Dhuibhne and Ciara Ni É, as well as Dermot Bolger, Enda Coyle- Greene, Kit de Waal & Stephen Walsh, have reimagined personal interpretations of the events that took place on the night of June 18, 1921 when the IRA burned the 6 Coastguard Stations of North County Dublin to prepare for a consignment of arms due to arrive from New York to Loughshinny Harbour. This special commission, titled A Burning Tide sees these prolific Irish writers present a series of fictional narratives that connect and expand this lesser known historic event for modern audiences. These new pieces of writing have been performed and brought to life through an exciting new project by Arcade Film. Shot on location at Loughshinny Harbour and its surrounding landscape, the film features stellar performances by Ian Lloyd Anderson, Joe Duffy, Kate Gilmore, Pat Kinevane, Niamh McCann, Marion O’Dwyer and includes contributions by writers Éilís Ní Dhuibhne, Ciara Ni É and Enda Coyle-Greene.

The film tells the story of the burning of the Coast Guard stations through six pieces of new writing, which are woven into a series of vignettes. The stories unfold through characters, real and imagined, who bring us back to the events surrounding this historic night in Ireland on Saturday, 18 of June, 1921. These characters include Kit de Waal’s piano teacher in The Piano, Stephen Walsh’s lost soldier in The Fire Just Laughed and faded memories recalled with age in Men as Old as the Century by Dermot Bolger. We are catapulted into the present through a popular radio show with Éilís Ní Dhuibhne where callers from the past have found themselves speaking through the airwaves to the emotive and evocative poetry that captures something of the national collective feeling of the Irish mentality as we stood on the edge of our freedom, from British rule, as written by Enda Coyle-Greene and Ciara Ni É.The film A Burning Tide will be screened outdoors at Loughshinny Boathouse for Culture Night where audiences will be immersed in this key location in the physical sense and transported to the events that took place there 100 years ago through the wonderful portal of literature and the arts.

Public Art Co-ordinator Caroline Cowley, explained the importance of connecting the narratives to the site of Loughshinny Harbour through the film, saying “Each work is filmed against this evocative landscape where the location, with its rugged coastal topography and its unique sound, adds a tangible depth to these interpretive works. The process that has unfolded between the Irish Writers Centre, Fingal County Council’s Arts Office, Arcade Film and the writers and actors that have been involved has been an enriching and true collaborative process.”

Mayor of Fingal, Cllr Seána Ó Rodaigh said “The burning of the coastguard stations and related events in 1921 are very significant in the history of Fingal and it is fantastic to see these events being brought to life for the present generation by this very informative and innovative writing commission.”

Emer O’Gorman, Director of Economic Enterprise Tourism & Cultural Development said. “The Libraries Department high quality exhibition and the Arts Department innovative and creative writing commission, produced to commemorate the centenary of the dramatic events that took place on 18th June 1921 - The Burning of the Coastguard Buildings in Skerries, Loughshinny, Rush, Portmarnock & Malahide, - demonstrates Economic Enterprise Tourism & Cultural Development Departments commitment to delivering an all-inclusive Commemoration Programme 2018 – 2023.The description of the events in context to similar events that took place throughout Ireland and pairing that with the creation of modern interpretations of the events allows Fingal citizens to gain a deeper understanding of Irelands history while providing them with a sense of place for the future.

Valerie Bistany, Director of the Irish Writers Centre said “We are proud to have worked with Fingal County Council’s Arts Office in commissioning six exciting new pieces of writing for A Burning Tide. The diversity of writing on display in this film allows for a varied reflection on the events from 18 June 1921. This landmark year also marks the 30th anniversary of the Irish Writers Centre and it is a pleasure to share great new Irish writing inspired by the events surrounding the formation of the Irish State 100 years ago. We are very much looking forward to seeing the creative contributions of Dermot Bolger, Enda Coyle-Greene, Éilís Ní Dhuibhne, Ciara Ní É, Kit de Waal and Stephen Walsh this September on Culture Night.

Rory O’Byrne County Arts Officer, said “There is something about the visible qualities of the largely unchanged Fingal Coastline, where the events of the night of the 18th of June 1921, took place. The eyewitness reports prompt the imagination to fill in the gaps of the story, a small boat containing guns rowing into Loughshinny, the visual of two men saving a piano from the fire and the agreements made to start it so that nobody was harmed could only be satisfied by a writer’s mind. The Irish Writers Centre felt strongly, as we did, about the possibility of new writing that could fittingly reimagine the events of that night with this professional writers commission ‘A Burning Tide’ so that the stories of that night will be remembered and retold in Fingal and beyond for future generations".

This commission has been generously supported through the Commemorations Unit of the Department of Tourism, Culture, Arts, Gaeltacht,Sports and Media and the Arts Council of Ireland’s Culture Night Programme.

A Burning Tide will be screened at Loughshinny Harbour/Boathouse as part of Culture Night 2021 from 7pm – 9pm, no booking necessary, All Welcome. Film will be on loop during the period, dress for weather, parking limited.