Fingal County Council is delighted to announce the commencement of the formal planning process for the proposed Bremore Regional Park Development Project. 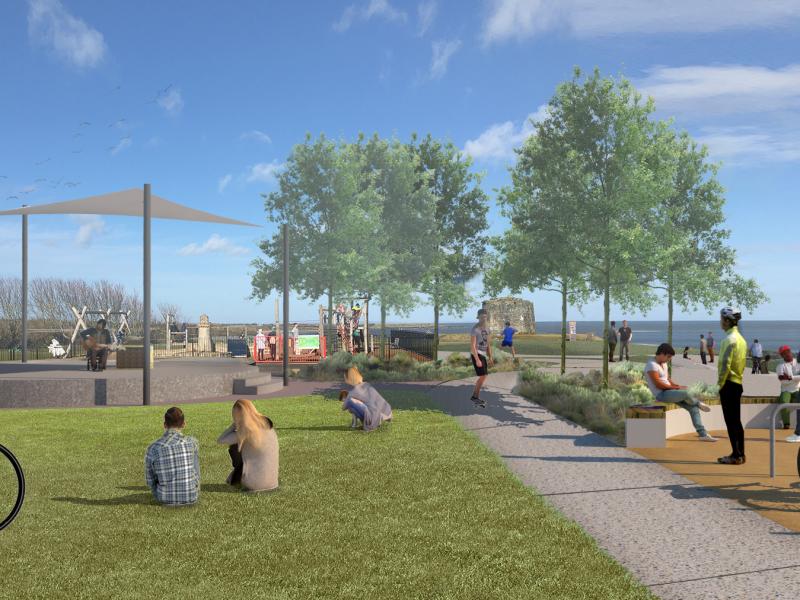 Fingal County Council is delighted to announce the commencement of the formal planning process for the proposed Bremore Regional Park Development Project. Beginning in 2019, the Council undertook extensive consultation with the local community with the goal of developing an ambitious shared vision for the future of Bremore Park. Since then, despite the challenges posed by Covid 19, work began to refine that vision into detailed proposals. This was achieved through a series of online focus groups with stakeholders and national sporting bodies.

The proposed park development project is an important step in delivering the long-term vision for the park. The project led by the council’s Parks and Green Infrastructure Division covers the key infrastructure required to upgrade Bremore to regional park status and to best serve the needs of the local community. The park proposals have been designed to achieve the best fit between the provision of active and passive recreation and improved linkages to surrounding urban areas and taking a sensitive approach to the visual, historic and ecological attributes of the site. 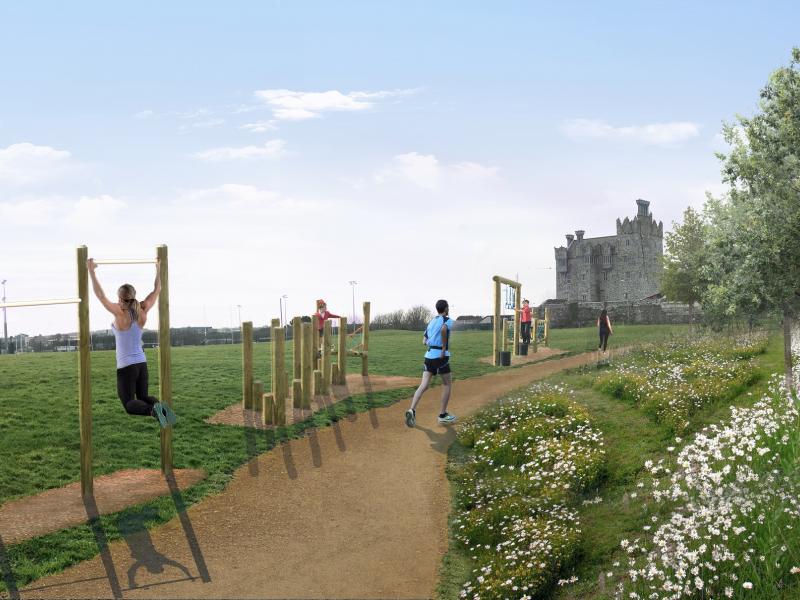 This multifunctional campus will provide for a range of sporting activities as a shared public facility; these include athletics, all-weather football pitches with flood lighting; full size GAA pitch, soccer pitches, basketball courts, tennis courts, car park access and changing facilities. The development of the Recreational Hub at Bremore Park is an objective of the current Fingal County Development Plan. Substantial stakeholder consultation was undertaken by the Council to ensure that the proposals significantly address the needs of the local sporting clubs. 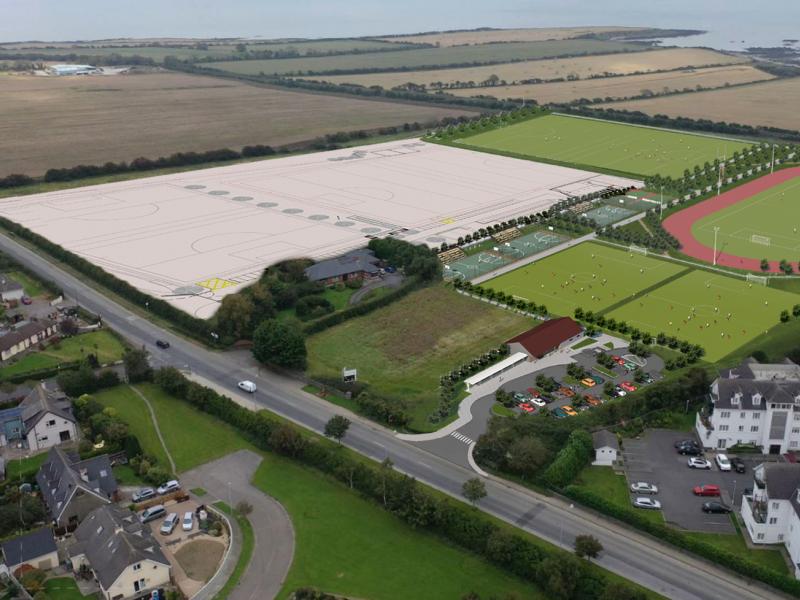 The central zone of Bremore Park has been designed to improve access, circulation and permeability between adjacent residential areas, the park and the sea while enhancing the physical and natural amenity of the space. At the centre of the open space is a ‘natural’ play area with raised grassed mounds and play elements for younger children and seating areas for their parents and guardians, set within copses of native tree planting, lawn, and wildflower meadows. Upgrades are proposed to the existing network of pathways circulation along with the provision of trim trail fitness equipment in set-back zones along the path network. 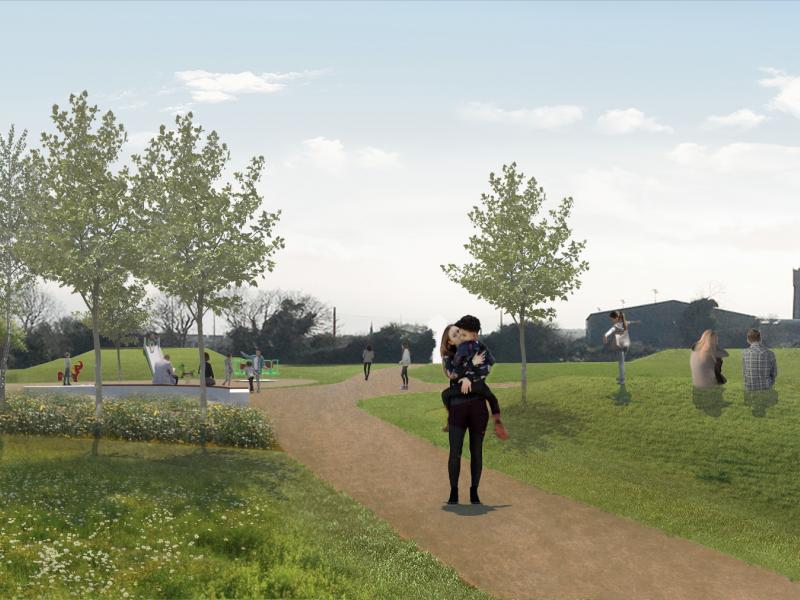 The proposal for the Coastal Park aims to create a family orientated space which facilitates play, active recreation and social interaction. The existing playground and bandstand are supplemented with a skate bowl, grassed play-mounds and half-court basketball court which further animate this space. Soft landscaping of ornamental planting and trees will feature within a high-quality public realm with public lighting, street-furniture and bicycle parking. Seating areas will afford opportunities to sit, look and experience the sea. 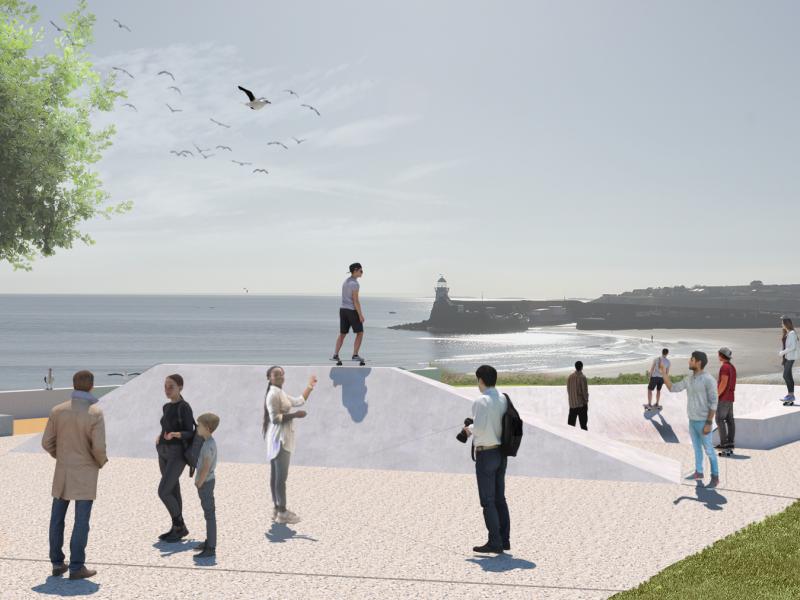 Overall, the works included within the proposed Bremore Regional Park Development are extensive and will create a platform for realising further future objectives. The ongoing design and route analysis for the Coastal Way will inform the future development of the remaining parklands located to the east of the railway. Several important heritage buildings exist within the wider boundary of Bremore Regional Park including the Martello Tower, Bath House, Boathouse, and Bells Cottage. It is an objective to conserve and explore the appropriate future use for these, which will form part of future, feasibility, design and planning processes. Further works on the restored Bremore Castle and its repurposing as a major heritage and tourism asset for Balbriggan are subject to a parallel design and planning process which will include the grounds of the castle and additional infrastructure related to its future use. This project will greatly complement the Regional Park Project.

The development of Bremore Regional Park is one of the key objectives of the ‘Our Balbriggan’ strategy, a community led initiative aimed at reimagining and transforming Balbriggan Town. The approval and implementation of this project will demonstrate the benefits of this community involvement.

The Bremore Regional Park project will unlock the huge recreational potential of the high amenity lands which form the north eastern boundary to the town of Balbriggan.  The new park will create a new and improved relationship between the town and its significant coastal amenities.

Mayor of Fingal Cllr. David Healy said: “The ambitious Bremore Regional Park Development project aims to provide a major recreational and sports amenity for the town’s young and growing population while enhancing the natural potential of the site in a manner that is sensitive to its natural and built heritage. It is fantastic to see the project progressing to the Part 8 planning application stage.”

AnnMarie Farrelly Chief Executive of Fingal County Council said: “Fingal County Council continues its commitment to deliver the many objectives of the ambitious Our Balbriggan Rejuvenation Plan for the town, including the Bremore Regional Park Development Project. This proposal is the result of extensive consultation and engagement and is a significant milestone in delivering the longterm vision for the Park and I would encourage everyone to continue to engage with the process.”

Building on the successful community consultations held to date, the council actively encourages feedback and comment on the proposed Bremore Regional Park Development during the submission period of 16th March to 30th April as detailed in the attached part 8 planning application available at: Bremore Park Consultation 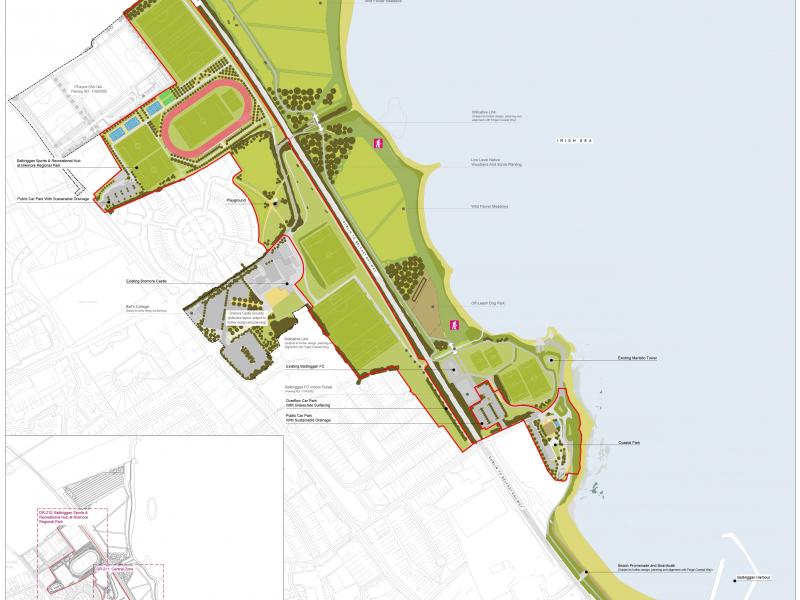