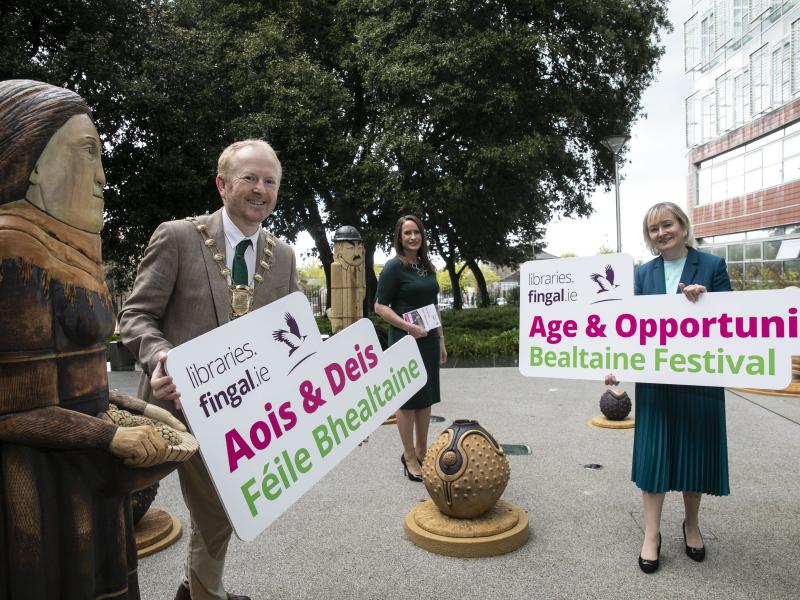 Fingal Libraries annual Bealtaine Festival was officially launched today Friday 30th April by Mayor of Fingal Councillor David Healy. Also in attendance were Fingal County Librarian Betty Boardman and Director of Services Emer O’Gorman. The Festival itself forms part of Ireland’s national celebration of the arts & creativity as we age and runs throughout the month of May.

The Festival will once again take place entirely online with a very interesting & varied mix of live & recorded events. People are invited to take part in a chair yoga course, a computer course for adults focusing on Google and its many products, an online live event based on the achievements of the Yeats family and a virtual wedding. Carnation Theatre will present a recording of their acclaimed drama “Midwives of the Nation”, renowned storyteller Niall de Burca will provide a special online storytelling video to celebrate Bealtaine 2021, Cleas Teoranta will present 2 bilingual knitting classes and Wicklow Willow will explore the history, tales & traditions of Mayday and Bealtaine in a series of videos.

Mayor of Fingal Cllr David Healy said “I am delighted to launch the 2021 Bealtaine festival which this year is embracing the online format again and combining new technology with old traditions  and crafts. The programme includes online storytelling, bilingual knitting workshops and exploration of the traditions of Bealtaine, after which the festival is named.”

Chief Executive of Fingal AnnMarie Farrelly said ”I am very pleased to see the beautiful and varied programme being  launched by Fingal Libraries for the  Bealtaine festival which fosters creativity as we age.  At a time when older people have had their social activities restricted this festival brings theatre, entertainment, crafts and creativity that they can engage with to them in the safety of their own homes and I know it will have a huge appeal.”

Fingal County Librarian Betty Boardman said “We are delighted at Fingal Libraries to present this stimulating programme of events for Age and Opportunity’s Bealtaine Festival. Yoga, technology, theatre, history, crafts and storytelling are all covered in the programme to foster and inspire creativity and to promote the skills and experiences that can lead to a rich creative life.”

Emer O’Gorman, Director of Economic Enterprise Tourism and Cultural Development  said “I am delighted with the wide variety of both live and recorded events on offer from Fingal Libraries as part of the national celebration of Bealtaine. The programme provides a rich assortment of information, entertainment and learning opportunities for the citizens of Fingal.” 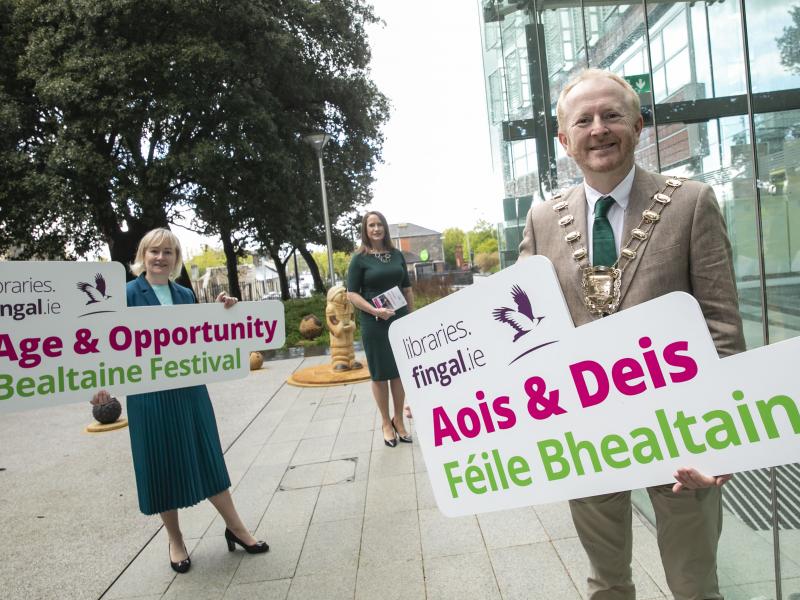