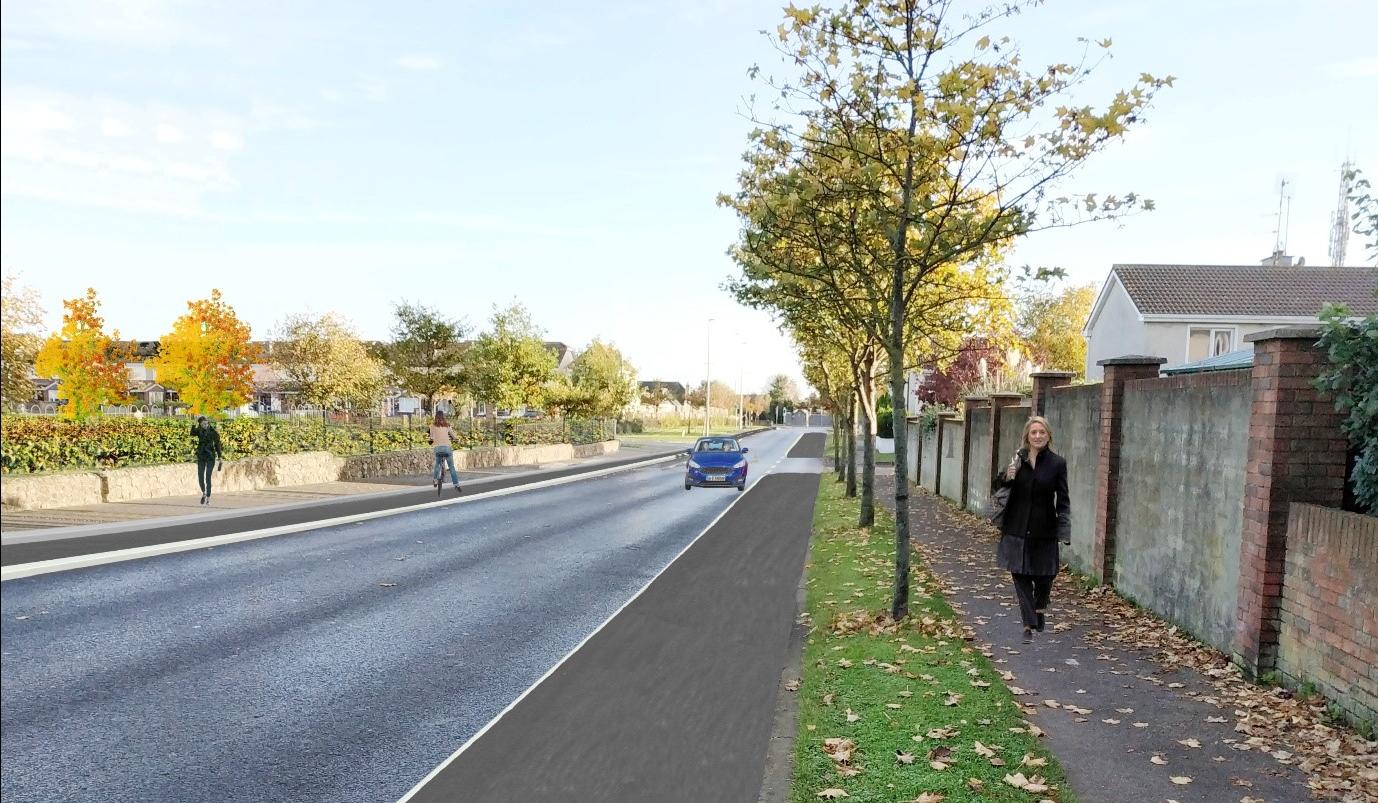 Advance works for a new €8.5m Pedestrian and Cycle Route along the Harry Reynolds Road in Balbriggan will begin in the new year, with landscaping and clearance work set to commence on January 4.

Fingal County Council has appointed a contractor to carry out advance works along the 2km route.

The advance works contract will include tree planting and tree clearing work along the length of the intended Cycle Route. These works are being carried out in January to optimise the growth potential of new trees planted and to also ensure that tree removal works are completed before the start of the bird nesting season on March 1. The completion of the advance works will also ensure a quicker start to the main construction phase once the contract is awarded. The main works contract is due to commence in August 2022 with an estimated 12 month duration and further consultation will be undertaken with the community for those works in due course.

After consultation with local Councillors, Balbriggan Community Council, Balbriggan Tidy Towns, and other stakeholders, Fingal County Council revised its advanced works plan. It has agreed that 304 new trees and additional hedgerow will be planted along and adjacent to the route in order to compensate for the 130 trees which will be removed to accommodate construction of the new cycle lanes. 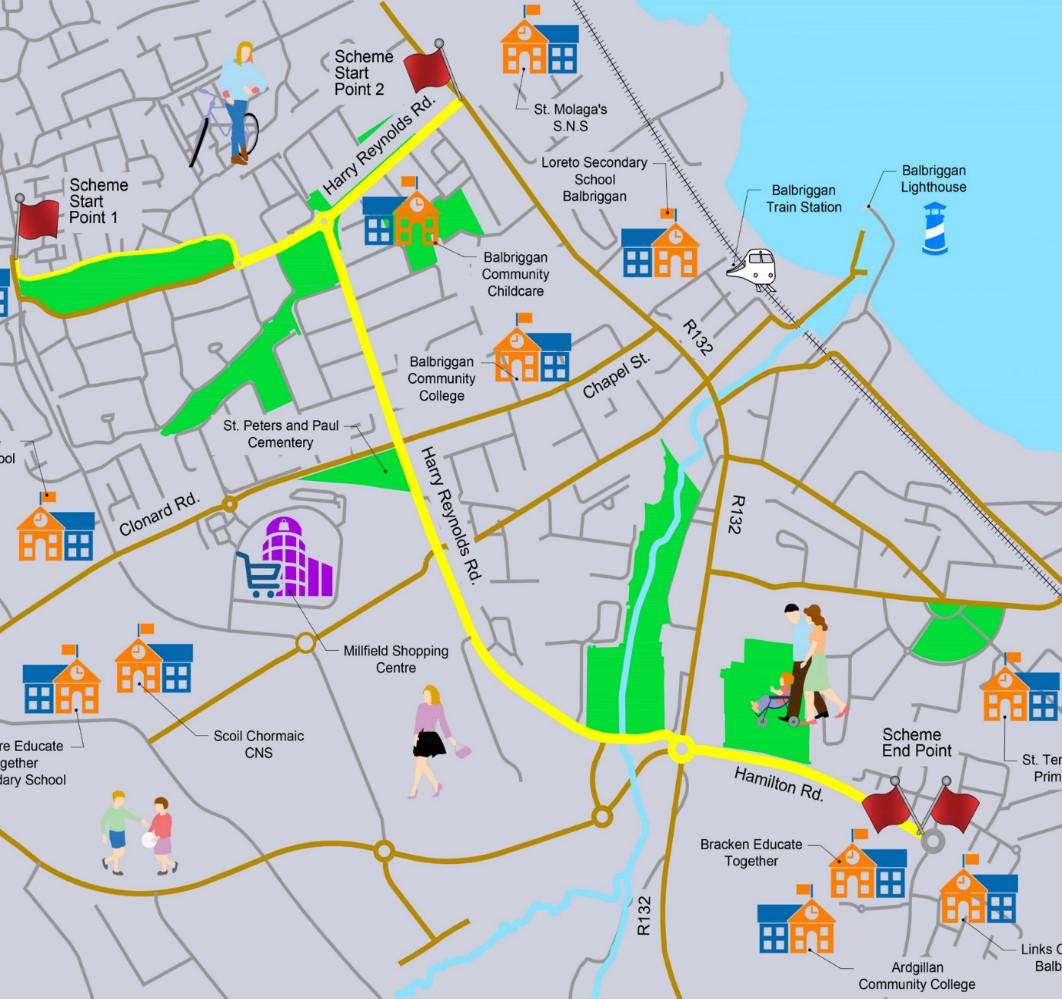 Above: Trees will be removed along the route highlighted in yellow in this image to allow new cycle lanes to be constructed.

During the advance works phase, 174 new trees and hedgerow are being planted in several areas along the route including Carson’s Corner at the R132 intersection on southern end of the route, Moylaragh and Ashfield. The remainder of the trees will be planted alongside the new cycle lanes during the main construction phase.

These cycle lanes will facilitate safe travel by bike and scooter to schools, shops and businesses in the local area.

To explore a full schedule of works planned as part of the Our Balbriggan project please visit https://balbriggan.ie/wp-content/uploads/2021/10/Whats-Next-leaflet-2021.pdf