Brown Foam on the Beach 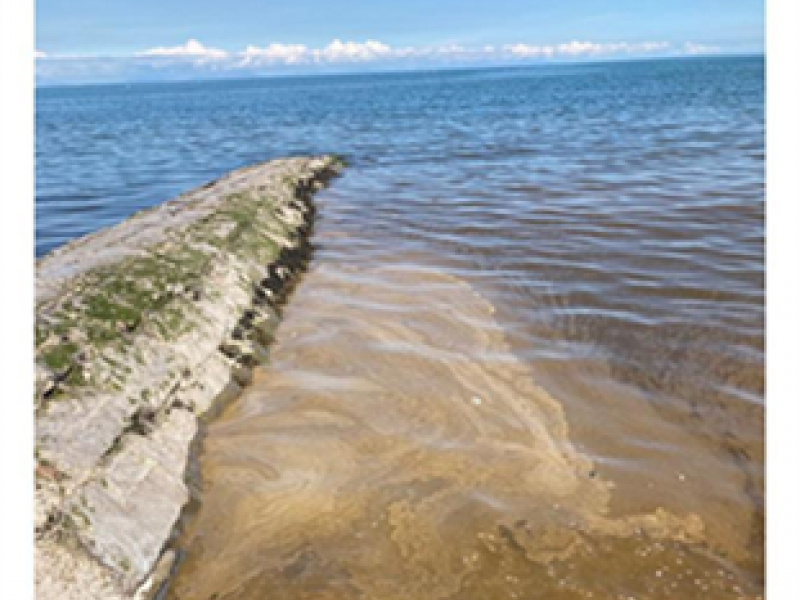 What is in the water?

This is brown foam which is seen on our beaches from time to time.  It is called surf foam or surf scum.   It can be easily mistaken for pollution, but it isn’t.  It is a collection of millions of microscopic algae (bloom) and is a natural phenomenon.  They need sunlight to grow and attach to the bubbles in the surf causing foaming.

How do I know it’s not pollution?

Is there a pipe nearby or odour associated with it?  Sewage pollution is normally grey in colour not brown and may contain visible signs of sewage related waste.

Why does it occur?

Surf algae (microscopic plants) are always present in the water and the dissolved organic matter that they contain can produce these foams in response to agitation of the seawater along the shore particularly during windy weather and in exposed locations.

When does it occur?

It occurs when sea temperatures start to rise (usually May) and there are strong on-shore winds.  They tend to break up rapidly with tides and changes in weather.  Such occurrences around the coast in recent weeks, is a response to the fine weather and strong wind events recently.

Where does it occur?

Anywhere along the coast and can be brought into harbours with the tide.  It varies in size at locations along the coast depending on the influence of freshwater sources (rivers) and terrestrial environments (rocks) where the foam multiplies in the breaking waves.

Most sea foam is not harmful to humans and is often an indication of a productive ocean ecosystem.  This brown foam is not toxic.  However, it is not recommended to swim in it or let your dog play in it.