The Fingal 2016 Centenary Programme has been devised in response to ideas and suggestions arising from public consultation meetings in 2015 that were attended by relatives of those involved from Fingal in the 1916 Rising, members of the Fingal Old IRA Commemorative Society, historical societies, community groups, artists and the wider public. 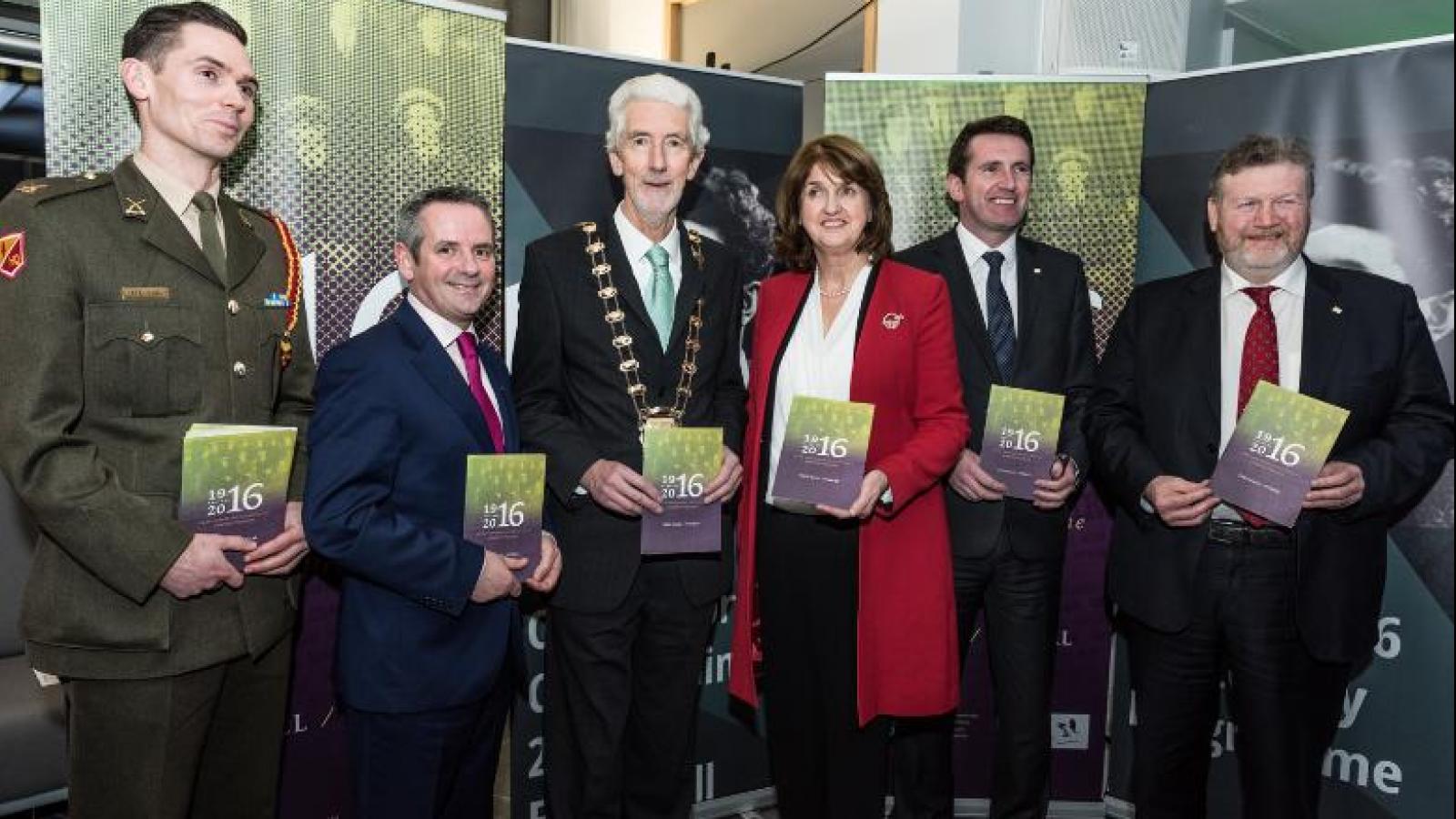 The ‌Fingal 2016 Centenary Programme has been delivering a diverse and rich range of events to honour the legacy of the men and women in Fingal who contributed to the fight for Irish Freedom during Easter Week 1916.  Piecing the story together and presenting it through a variety of media and from differing perspectives will allow us to secure its place in the memory of future generations, and will allow our diverse community today to engage meaningfully with the complex events of this period.

The part that Fingal played in the fight for Irish freedom is a unique story that needs to be told. In order to honour the role of the men and women of Fingal in the events of 1916, and share this story, the Council has compiled a broad programme for the Fingal 1916 Centenary Commemoration based on this story. 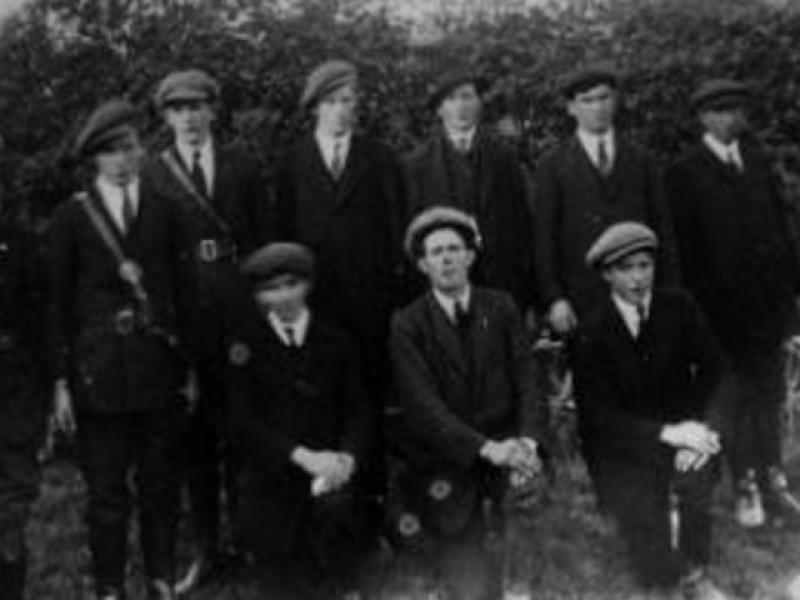 The men and women of Fingal played an important role in the fight for Irish freedom during Easter Week 1916.  Much of the activity that took place in Fingal was associated with the actions of the Fifth Battalion of the Irish Volunteers (Fingal Brigade) led by Thomas Ashe and was centred around Swords and the north of the county.  The Fifth Battalion was made up of companies from Swords, Lusk, Skerries and St. Margarets.  During the week the men continuously moved camps with billets located in Finglas, Killeek, Baldwinstown, Borranstown and Newbarn.

Attacks were carried out by the Fingal Brigade on communication and supply lines as well as on Royal Irish Constabulary (RIC) barracks.  Attempts were made to blow up the railway bridge over Rogerstown Estuary and to damage the railway line in Blanchardstown and Cabra.  The RIC barracks in Swords, Donabate, Garristown, and most famously Ashbourne were attacked.  The Ashbourne engagement on Friday 28 April 1916 has become known as the Battle of Ashbourne with men wounded on both sides and a number of fatalities before the RIC surrendered.  Those that lost their lives either at the scene or later from injuries they sustained included eight RIC men (County Inspector Alexander Gray, District Inspector Henry Smyth, Sergeant John Shanagher, Sergeant John Young, Constable James Hickey, Constable James Gormley, Constable Richard McHale and Constable James Cleary) and 2 volunteers (John Crenigan and Thomas Rafferty).  Despite the Volunteers success at Ashbourne, on Sunday 30 April 1916 after the surrender of the leaders of the 1916 Rising in Dublin city the Fifth Battalion were instructed to also lay down their arms.  Along with the men of the Fingal Brigade, a number of women were involved carrying out intelligence work, acting as messengers, hiding guns and ammunition, attending the wounded after the Battle of Ashbourne.  These included among others Mary (Molly) Adrien, Thomasina and Mary (Julia) Weston, women from the Lawless family (Mary, Kathleen and Eveleen), and Monica Lawless (nee Dot Fleming). You can read an article from 2005 on these women in Fingal Independent.

Fingallians also took part in events in Dublin City. Twenty of the men from the Fifth Battalion were sent into the city to fight after a request for support was issued by James Connolly to Thomas Ashe.  They were led by Richard Coleman, a few were based at the GPO and the majority went to the Menedicity Institute where one, Peter Wilson, was killed.  Many Volunteers who lived in Blanchardstown, Castleknock and the surrounding areas had joined battalions based in the city and not in Fingal and so they fought in locations within the city centre, such as Thomas Carty from Carpenterstown who was in Jameson’s Distillery on Marrowbone Lane.  A unit of the Irish Citizen Army from Baldoyle also had members who were based in locations around the city, a number of them served with Michael Mallin at St. Stephen’s Green.  One of them, James McCormack, was killed at Beresford Place.

There was also activity in the Tryllestown area of Fingal, close to Mulhuddart and Blanchardstown, by men from the Dundalk Battalion who had been mobilised to join the Rising in Dublin city.  They proceeded as far as Dunboyne and occupied Tyrrelstown House in Fingal for a number of days.

In the aftermath of the Rising, almost 150 Fingallians were arrested and sent to internment camps, such as Frongoch, in Wales.  Those that had custodial sentences imposed went to prisons in England such as Lewes, Usk or Dartmoor.  Most were released for Christmas 1916 with the remainder including the sentenced prisoners released by June 1917.  Thomas Ashe, the commander of the Fifth Battalion, was sentenced to death but this was commuted to penal servitude.  He was sent to Lewes Prison and was among those released in June 1917.  However, he was re-arrested in August 1917 and charged with sedition for speeches he had made and this time imprisoned in Mountjoy Prison.  He went on hunger strike and died on 25 September 1917 after being force-fed by prison authorities.  Richard Coleman, captain of the Fifth Battalion men that fought in Dublin city, also died in prison after being re-arrested.  He died on 9 December 1918 in Usk Prison from pneumonia.  Eamon DeValera on hearing of Coleman’s death wrote from Lincoln Jail: “And poor Dick Coleman has left us to join his comrades.  Fingal has contributed more than its share.”

For some more information on the activities of the Fifth Battalion see attached:  1916 Fingal & the Fight for Irish Freedom Article

The Local Studies Library and Archives is a wonderful resource for researcher, teacher, and visitor alike.  We preserve and make available archives collections, primary sources and publications, maps, photos and ephemera relating to the history of Dublin County and particularly, Fingal. We hold collections of original papers of a number of people involved in the 1914-1922 period including:

Also available are a number of new resources specifically related to 1916 such as:

Contact us to make an appointment to visit the Local Studies Library and Archives.

Immerse yourself in the stories of the time with our Commemorations Titles 1913-1923 reference list which includes publications on the First World War and on Revolutionary Ireland.

You can also find more literature in our Fingal Library Catalogue

Interested in discovering your past? timeline.ie is a free genealogy resource that allows you to find out more.

Find out contact details or links to a network of historical and heritage societies throughout Fingal, many of which are planning events or lectures based on their local areas 1916 connections.   Click here for this information.

Check out the websites of various National Institutions, many of which have specific 1916 sections, to discover more on this period such as historic photographs and eyewitness statements.