Turkey and Bones: Gertrude Stein at the Gate Theatre Christmas 1940 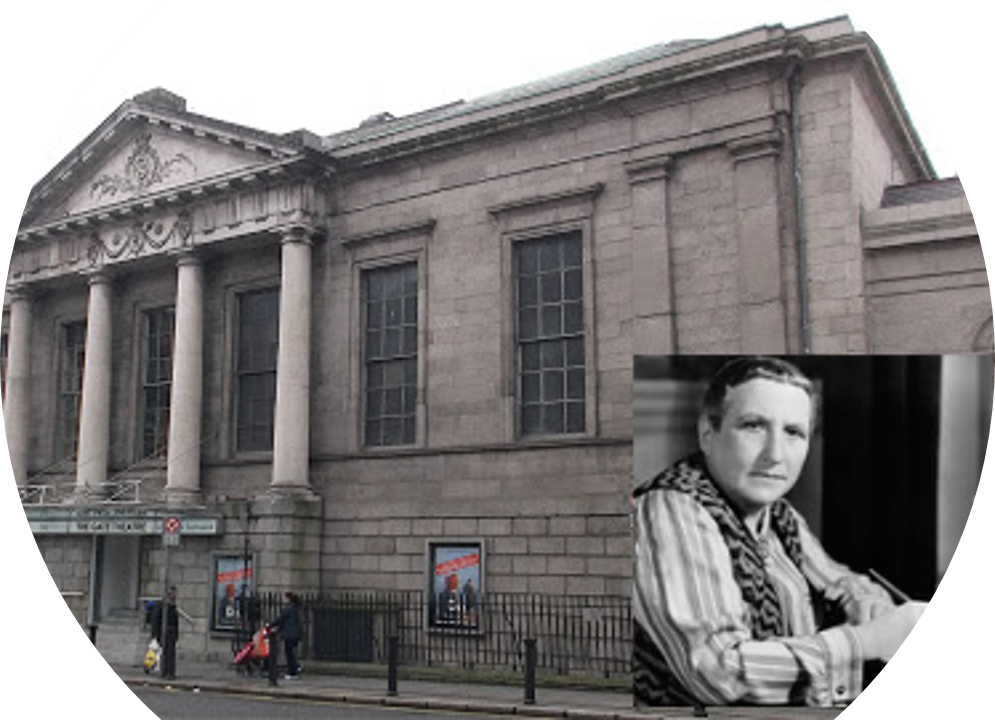 A Gertrude Stein play performed at the Gate Theatre Dublin in 1940 turns out to be something of a subterfuge. On the eightieth anniversary of the event, Máighréad Medbh makes a chance discovery.

I was reading Ulla Dydo’s study of Gertrude Stein when I discovered a surprising connection with my beloved Gate Theatre:

“Almost unknown remains the fact that, except for a performance at the Gate Theatre, Dublin, in December 194o and January 1941 of a play announced as Turkey and Bones and Eating and We Liked It . . . two children’s plays . . . and the March 1946 performance at the Pasadena Playhouse of Yes Is For a Very Young Man, Four Saints was the only one of Stein’s eighty plays performed anywhere in her lifetime.”

For those who know something of Gertrude Stein’s work, no comment will be necessary, but for those who don’t—Gertrude Stein was one of the most original, difficult, exasperating and fascinating writers of the modernist period. She focused on language as a set of material entities and concentrated on grammar as a core methodology. She was openly lesbian and for many years was involved in artistic circles in Paris, acquainted with, and writing about, many of the famous painters of the time, including Picasso.

That one of her plays was performed in Dublin surprised me. I wondered if there was an audience for such innovative work. It’s perhaps not so surprising that Micheál Mac Liammóir and Hilton Edwards would take it on, but considering that Stein was so rarely staged at the time, it was something of a curiosity.

It set me on a quest. I discovered four archives of Gate Theatre material:

In the Northwestern University collection, the list of Gate performances cites the Stein play and notes after it: “Snapdragon, 1940”.

A search at Dublin City Archives and The National Library of Ireland didn’t return any specific results. But how delighted I was when NUI Galway allowed me to view a scan of the programme for the Christmas Revue staged by the Gate in December 1940.

Gertrude Stein’s play had not been produced in full but was billed as part of the Christmas Revue which was called Snapdragon: A Christmas Party. The Revue was “devised, assembled and directed” by Hilton Edwards, “with music arranged (sic) by Tyrrell Pine”. Turkey and Bones and Eating and We Liked It is listed as No. 10 in the running order. It was produced by Christopher Casson, performed by Tyrell Pine, Sally Travers and Christopher Casson. 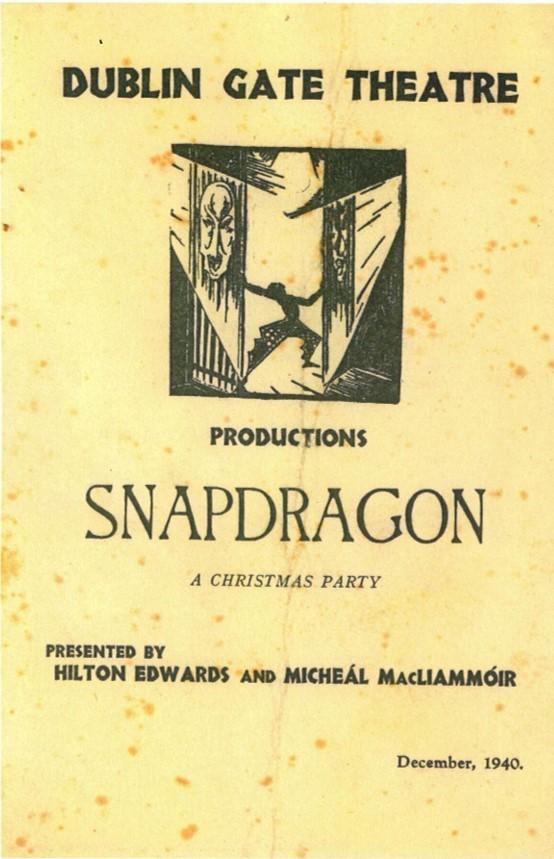 Northwestern University allowed me to access five scanned copies of the script for Turkey and Bones. One copy of the script has lighting notes, another is handwritten. This is where things get more interesting. At first sight it looked as if the Stein script had been reduced to just over three pages. I sought out the full text of the play so that I could compare the original with the abridged version. I discovered that the texts didn’t match in any respect. Not being an expert on Stein, I went hunting again.

What I discovered is that no part of Turkey and Bones and Eating and We Liked It was performed. What the audience saw were two other plays from Gertrude Stein’s book, Geography and Plays—One (Van Vechten) and Captain Walter Arnold. The two were performed, it appears, as one unit, separated by a pause. Gertrude Stein’s “plays,” it should be understood, could be very short indeed, and each of these are under two pages long. They aren’t plays in the Aristotelian sense, or even in the Marina Carr sense, but a series of speeches and comments, often without designated speakers.

Does it matter that the audience saw one thing and named it another? Probably not. Perhaps Gertrude would have liked the subterfuge. Perhaps the audience, or at least some of them, knew what was happening.

Ulla Dydo writes: “Reality for [Stein] was not separate from the perception and the perceiver of reality.” (Cit., p. 7)

Fact and reality are not the same thing. We can allow Edwards-MacLiammóir the posthumous last laugh at having set another red herring among the already puzzling shoals of the Stein legacy. The texts they chose were probably a better choice anyway, as only one scene of Turkey and Bones and Eating and We Liked It mentions either turkey or Christmas, and the word “bones” doesn’t occur at all. Maybe “bones” refers to the style of the piece, or to aspects of its sensibilities, or is a red-white stray fish. There is a lot of liking, however.

The life of the turkey.

Not the little boy he lifts it in his arms.

No, the other one. He is a guardian. They are all placing their confidence in them.

The life of the turkies here exists after Christmas. We were surprised to see that. So many of them were eaten that we supposed there were no more.

The life of the turkey.

Nonsense I will not say I prefer suckling pig.

I don’t know but that I do.

Helen Lewis. We are waiting for the letter carrier.

Is he coming today.

- Gertrude Stein: from Turkey and Bones and Eating and We Liked It.