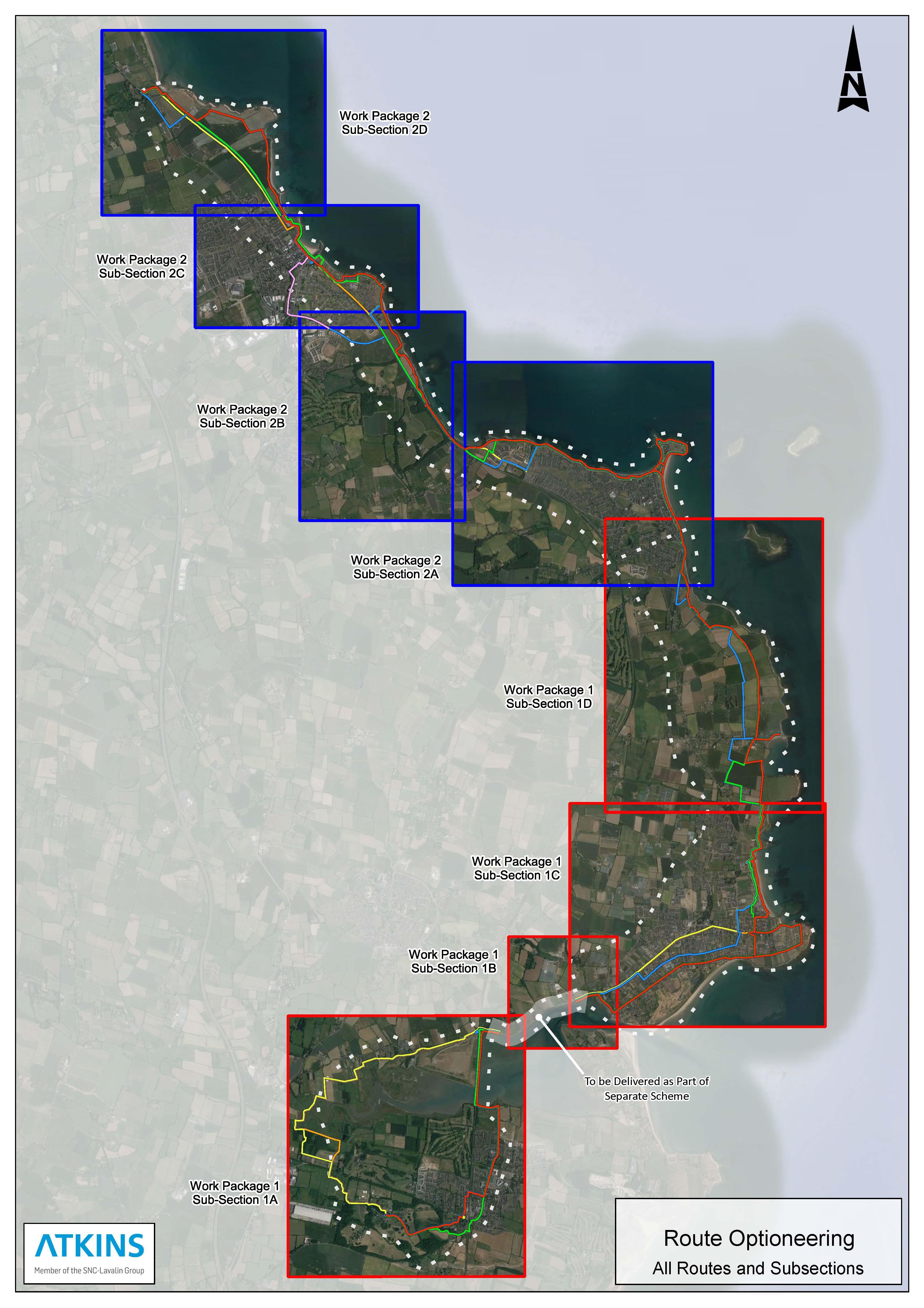 The Fingal Development Plan outlines numerous policies and objectives to plan and develop a route that integrates a coastal pedestrian and cycle route with sensitive natural and built heritage sites whilst achieving a balance between conservation of such sites and public uses such as leisure, recreation and tourism. It also identifies a number of proposed cycle routes within the study area which may overlap with the Fingal Coastal Way.

The proposed scheme will form the northern most part of the Fingal Coastal Way and will directly link to the Broadmeadow Way scheme in Newbridge Demense. This will eventually form a complete pedestrian and cycling route along the coast of Fingal between Balbriggan and Howth.

Benefits of the Scheme

The Fingal Coastal Way will have a range of benefits including: