Fingal County Council is seeking more detailed input from the people of Balbriggan on the town’s public realm  – its streets, squares and parks  – and how these spaces can work together to deliver high quality public space for locals.

In 2019 Balbriggan locals identified areas of the town which were important to them for regeneration as part of the Our Balbriggan Rejuvenation Plan.

Meanwhile the public realm projects are also vitally important to the rejuvenation of Balbriggan as the glue that holds the town’s features together.

For this reason the Council has engaged Paul Hogarth and Company as a masterplanning consultant to ensure that all the projects work in concert together.

The consultant will give detailed guidance to all the individual project teams on matters like signage, accessibility and the use of lighting and planting to improve public spaces.

As part of this the consultants will engage with the people of Balbriggan over the summer months to get a more in-depth view of what a good public space means to them.

This engagement is starting with a public survey which can be accessed here.

This will lead to the development of a Public Realm Strategy for Balbriggan which will be a guidance document for the different project teams working on the town’s regeneration and will help ensure that all the project teams are working together within a guiding framework.

“We’re asking people to talk about how they rate different aspects of Balbriggan – such as the quality of footpaths and accessibility for people that are perhaps using wheelchairs or buggies,” said James Hennessey of consultants Paul Hogarth, leading the project.

“It will also be about the ease with which they can find their way around, but then it’s also about green spaces, biodiversity and vegetation.

“The public realm also includes elements such as lighting and what Balbriggan is like after dark, as well as benches or signage – there is a long list of different elements there and it will be very much a holistic exercise.

“It is hugely important because your first impressions of a place are really influenced by the public realm – it can be a town’s shop window.

“And another role for the public realm is as a way to stimulate private sector investments as well as greatly improve the space or place.”

Mr Hennessey explained that an important theme for the public realm will be walkability.

“It is the idea that you can explore Balbriggan pretty easily by foot and that it is easy to find your way around.

“One of the issues that I am aware of is the idea that the railway cuts off the coastline from the town, so we will be looking at how we can help people to navigate easier throughout the town.

“Another element of the Public Realm Strategy will be ensuring consistency. For instance, it would be lovely to see some new stone paving, but you don’t want to have granite on one side of the town and brown limestone on the other.”

The launch of the survey was welcomed by Professor Brian MacCraith, former president of Dublin City University and chair of the Balbriggan Leadership Group which prepared the ambitious plans for the area.

“The  survey will enable the people of Balbriggan to shape the Public Realm Strategy and have an impact in a very tangible way on the future of their town,” said Prof MacCraith.

The newly elected Mayor of Fingal, Cllr Seána Ó Rodaigh, said she was delighted to see progress being made on Balbriggan’s public realm.

“It is great to see a holistic approach being taken to the town’s future. I certainly encourage everyone to take part in the survey,” she said.

The news was also welcomed by Director of Services at Fingal County Council, Emer O’Gorman.

“Developing the town’s public realm will be a very important element of  Balbriggan’s rejuvenation going forward, and a key part of the town’s attractiveness to private enterprise and investment in the coming years,” she said. 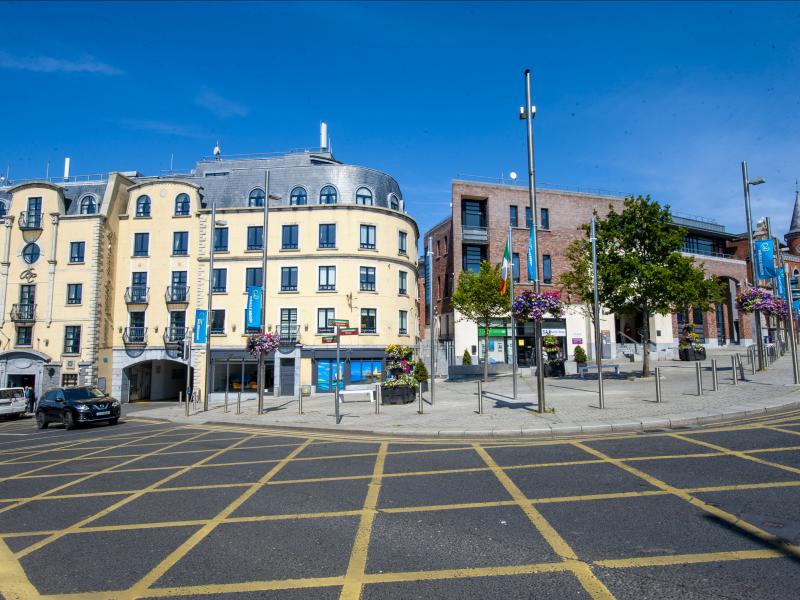