Fingal County Council has welcomed the approval of €637,000, including a half a million euro contribution grant the development of a community centre in Lusk, for six rural Dublin projects under the Leader Programme. 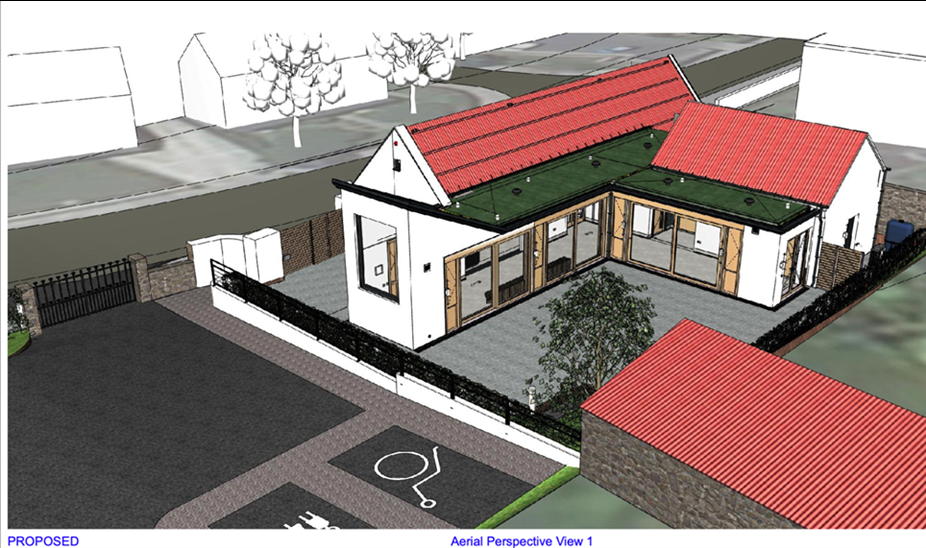 Fingal County Council has welcomed the approval of €637,000, including a half a million euro contribution grant the development of a community centre in Lusk, for six rural Dublin projects under the Leader Programme.

At its December meeting which was held online, the Dublin Rural LEADER Local Action Group, which oversees the LEADER Programme in Dublin, approved the projects in the areas of economic development and social inclusion. Five of the approved projects are located in Fingal.

Funding worth €500,000 was awarded to Lusk Community Cultural Centre, which is being promoted by Lusk Community Council, towards the transformation of a derelict historic cottage using restoration and conservation principles to create a new community facility for Lusk.

Located on Church Road, the site is known as Katie Hunt’s Cottage and is currently derelict. Its redevelopment, in conjunction with the neighbouring proposal for a small Fingal County Council residential development, will greatly enhance the amenities of the area and provide a new focal point for both visitors and the community of Lusk. The project is due to commence shortly and be completed by autumn 2021.

The other projects which were approved for funding are:

Welcoming the latest funding announcement, the Mayor of Fingal, Cllr. David Healy said: ‘I would like to thank the Local Action Group for its support of the Lusk Project and the other new projects that will enable the continued development of sustainable communities in our rural areas.”

Brian Arnold, Chairperson of Lusk Community Council said: “Lusk Community Council has achieved a major milestone for the development of a new Community Cultural Centre in Lusk with the ﬁnancial backing of Dublin Rural LEADER and Fingal County Council.  We have been working closely with both Dublin Rural LEADER and Fingal County Council since January 2020 to make this project a reality and we believe that this project will become a very important community facility in the heart of medieval Lusk.”

Laurence Ward from the Irish Farmers Association who is the current Chairperson of the Dublin Rural LEADER Local Action Group said: “This investment decision is great news for Rural Dublin and Rural Fingal and is a much-needed boost to our rural areas during a very challenging time.”

Commenting on the outcome of the meeting Emer O’Gorman, Fingal County Council’s Director of Economic, Enterprise, Tourism and Cultural Development said: “The Dublin Rural LEADER LAG and Fingal County Council continue to work together to support investment in our rural areas. This partnership approach helps to support our communities and provides much needed stimulus to the local economy.”

Declan Ryan, the LAG Manager, thanked the LAG members for their continued support in approving the projects, stating: “The current LEADER Programme will now deliver its full allocated funding to new projects by the end of the year. The Dublin Rural LEADER LAG will continue to deliver new investment in rural areas 2021 and is actively seeking new project ideas and proposals in this regard.”