Fingal County Council has commenced public consultation on the Draft Fingal Development Plan 2023-2029 and is urging the public to review the document which was published today. 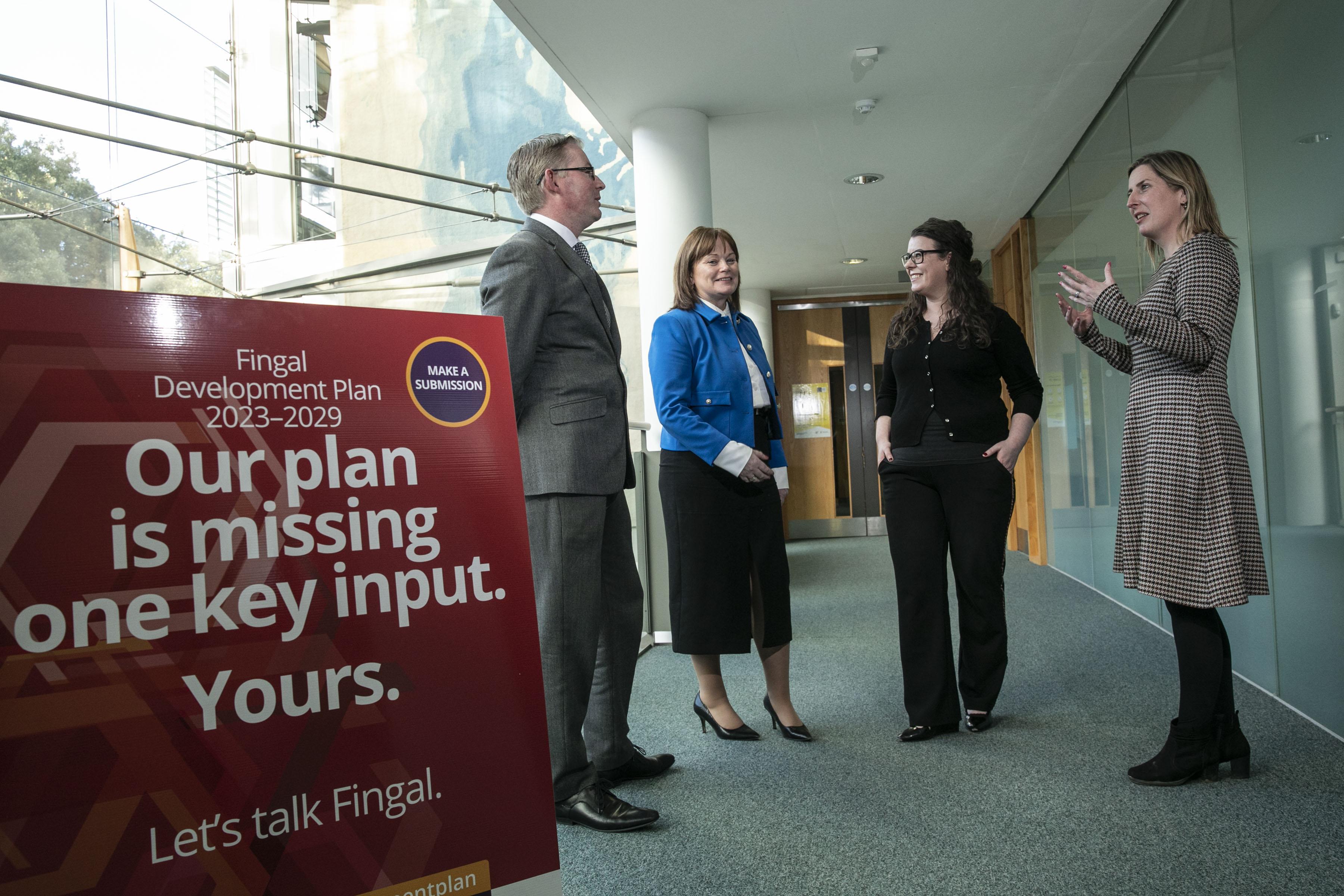 Fingal County Council has commenced public consultation on the Draft Fingal Development Plan 2023-2029 and is urging the public to review the document which was published today.

The public consultation will run until May 12 and during that time the document is available for download from the fingal.ie/developmentplan website and can be inspected at Fingal County Council’s offices in Swords and Blanchardstown or any Fingal Libraries branch.

The Council is seeking to encourage public debate among citizens, businesses, community groups and other interested parties on the Draft Development Plan and online submissions can made by citizens and organisations between now and May 12 on Fingal County Council’s Consultation Portal, https://consult.fingal.ie/

Planning officials will also be available to discuss the draft plan with them. Queries can be forwarded to [email protected]

The Development Plan process has been running for almost a year and the final plan is scheduled to be adopted by councillors in February 2023. Last year Council officials, set out the strategic direction for the Plan with the publication of an Issues Paper which attracted 551 submissions. This then formed the framework into which objectives and policies for the Chief Executive’s Draft Plan were created.

Launching the Draft Development Plan today the Mayor of Fingal, Cllr Seána Ó Rodaigh said: “The Development Plan is one of the most important pieces of work that the elected members of Fingal County Council will do during our term of office because it will be the roadmap for the physical, economic, social and environmental development of Fingal and will affect every individual, family and community. As the development plan will affect everyone, I urge citizens to make a submission if they have observations to make.

The Chief Executive of Fingal County Council, AnnMarie Farrelly, said: “Dealing with the growth of Fingal is one of the biggest challenges of the Development Plan. It will put pressure on land, housing, infrastructure and the environment. It also comes as we face other challenges including the lasting impacts of the Covid-19 pandemic, Brexit and its associated uncertainty, climate change and the need to ensure social inclusion for all. With the help and support of our councillors we have created a good draft plan which residents, businesses and other stakeholders can now examine and let us know what they think about our plan to help Fingal grow sustainably.”

Matthew McAleese, Fingal County Council’s Director of Planning and Strategic Infrastructure, said: “The Draft Development Plan seeks to put healthy place-making at its heart. A healthy Fingal is about working towards a more sustainable County, where sufficient homes are available for citizens of Fingal and the creation of a more socially integrated and resilient County. This Plan is a strategic document which envisages Fingal as an integrated network of vibrant socially and economically successful urban settlements and rural communities, strategic greenbelts and open countryside, supporting and contributing to the economic development of the County and the Dublin City Region.”

Submissions on the Draft Development Plan must be received by 11.59pm on May 12 and can be made at https://consult.fingal.ie/ or by post to the Development Plan Team, Planning and Strategic Infrastructure Department, Fingal County Council, County Hall, Main St., Swords, Co. Dublin, K67X8Y2.

Further information on the Fingal Development Plan 2023-2029 is available at www.fingal.ie/developmentplan 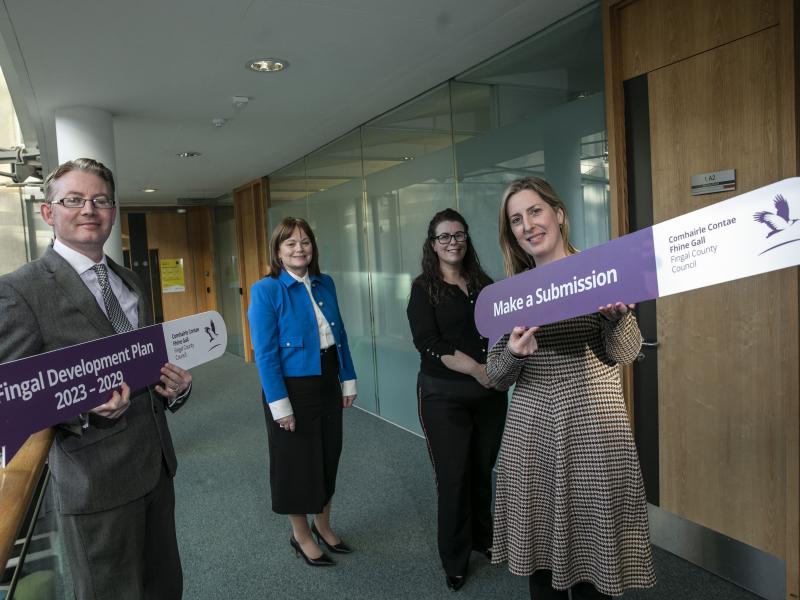