Fingal County Council, in partnership with Fingal Dublin Chamber and An Garda Síochána, has launched an initiative in Swords that will allow members of the public to confidentially report incidents that might need Garda intervention. 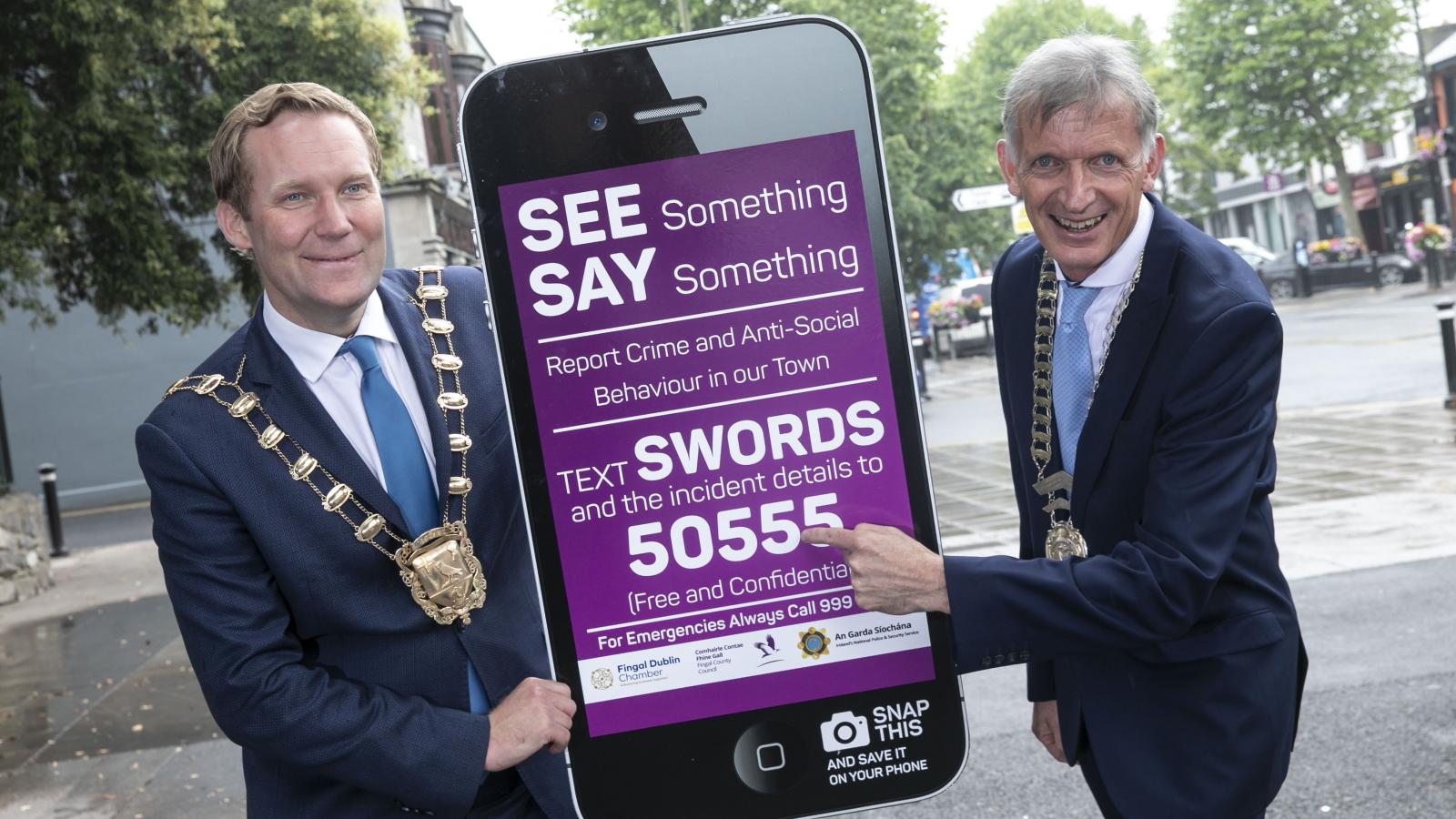 See Something, Say Something is a new public service initiative which allows members of the public in Swords to contact Gardai by texting SWORDS and the incident details to 50555. The free text message will be received by the sergeant on duty and it will be acted upon immediately by local Gardaí.

Very distinctive promotional signage highlighting the See Something, Say Something text number – including signs, posters and stickers – will be erected in several high-visibility outdoor and indoor vantage points in and around the town and the public is being encouraged to embrace the initiative and use it to tackle suspicious or illegal behaviour.

The outgoing Mayor of Fingal, Cllr Eoghan O’Brien, said: “Swords is our county town and, sometimes, as is the case in every town in the world, there can be a small element who impact on how we enjoy it. We want to make it easier for members of the public to confidentially report incidents to the Gardai and this service does that.”

The Chief Executive of Fingal Dublin Chamber, Anthony Cooney, said: “We are delighted to support this initiative because it will improve Swords and promote greater cooperation between the citizens and businesses of the town and An Garda Síochána.”

Inspector John Moroney from Swords Garda Station said: “We are asking people in Swords when they see something, to say something, and text SWORDS and the incident details to 50555. Rather than assuming someone else will report it, please take out your phone, describe what you see and text the details for free to 50555. This does not replace the traditional method of dialling 999 in the event of an emergency but it is a very valuable, cost effective and user friendly tool to ensure Swords is a safer place for its citizens, businesses and visitors.”

The See Something Say Something service has already been rolled out in Killarney and Tralee by SeeItSayIt.ie, a technology business based in County Kerry, and the Managing Director at SeeItSayIt, Brian Stephenson, said: “We are delighted that Swords will be the first town outside Kerry to introduce the See Something, Say Something campaign. The technology we’ve built for this initiative uses text messaging, which is ideal as it works on all phones and it’s a technology that everyone is very familiar with. We designed this system with the goal of making it simple, user-friendly and effective while ensuring the confidentiality of the person making the report.” 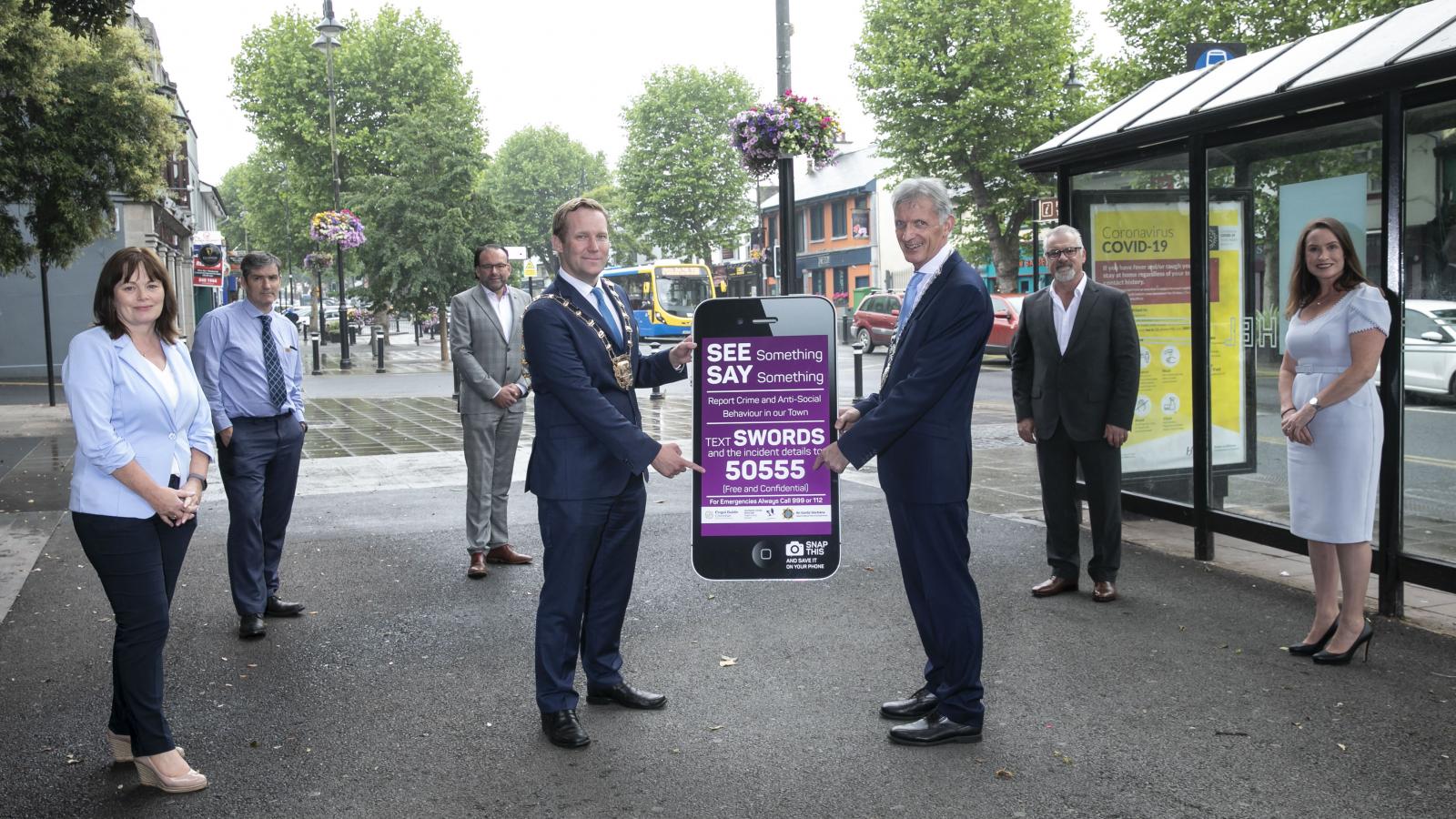