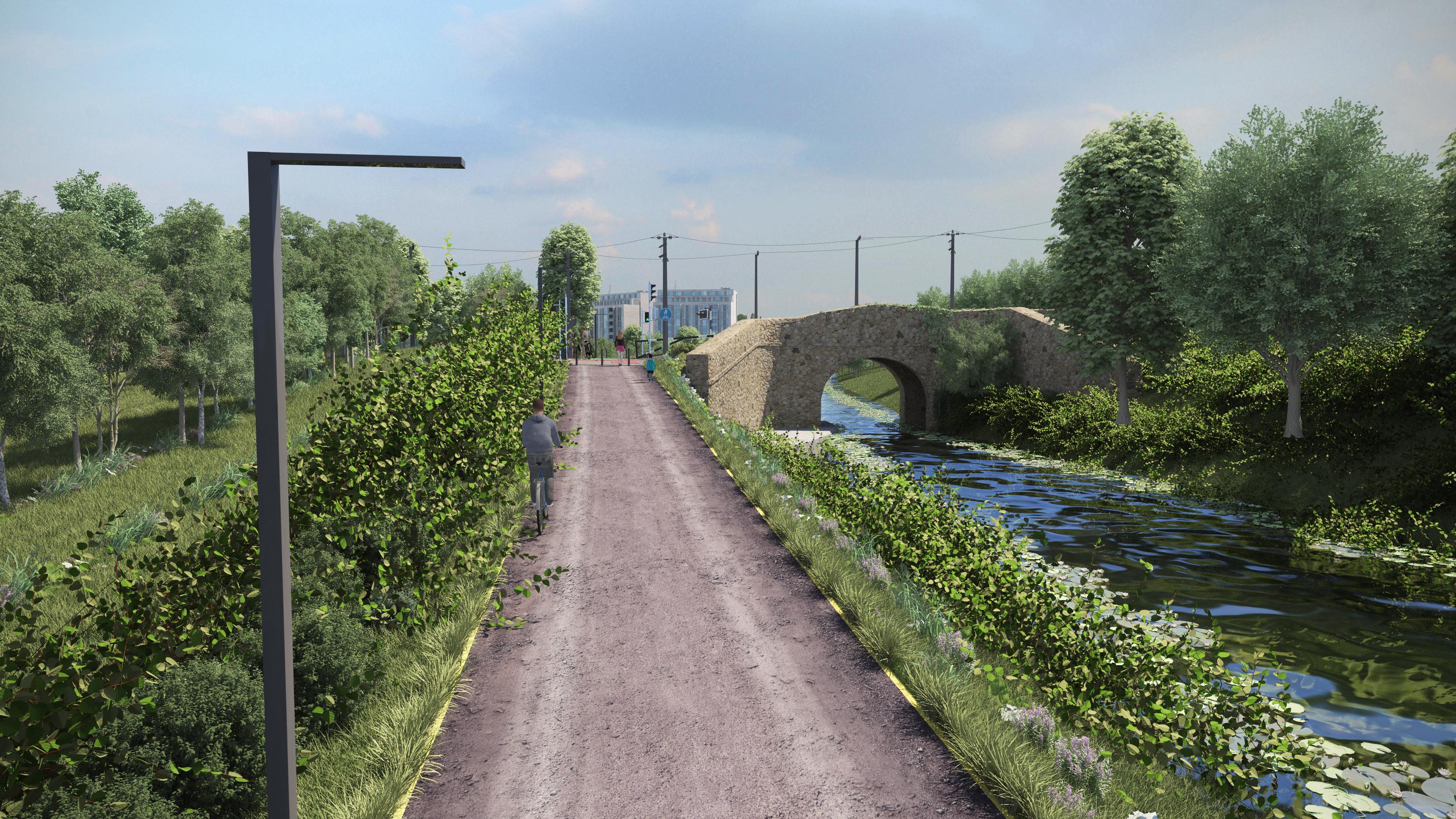 Fingal County Council has received more than 1,000 submissions and surveys from members of the public in relation to the proposed route for the Royal Canal Urban Greenway. The most recent six week-long phase of consultation ended on Wednesday, July 7.

Throughout the course of the consultation Fingal County Council provided the public with access to user friendly images and videos of the proposed Greenway as well as a large number of technical drawings and reports relating to the project. These items remain online, along with recordings of two public information webinars delivered during the consultation period, and can be viewed at https://consult.fingal.ie/en/consultation/royal-canal-urban-greenway

The Mayor of Fingal, Cllr Seána Ó Rodaigh, said: “It is important that citizens engage in the public consultation process and let their views be known. The response to the Royal Canal Urban Greenway consultation shows the level of interest in the project and it is great that so many took the opportunity to participate.”

Fingal County Council is now engaged in reviewing, moderating and publishing all submissions on their consultation portal. Moderation involves the redaction of a submitter’s personal details prior to publication. Due to the high level of public engagement this process is expected to take a number of weeks. Fingal County Council staff have already begun this work with 375 submissions now live on the consultation portal.

The design team will consider all submissions received and assess how to best address the various issues raised. This process will include discussions with other stakeholders, which may include local residents, landowners, the National Transport Authority, Waterways Ireland and Irish Rail.

The project team will review all feedback from the public and a summary report on the consultation will then be published and made publicly available. The submissions will also feed into the final proposed scheme design, and it will be screened for Environmental Impact Assessment (EIA) and Appropriate Assessment (AA). That screening, likely to take place in Q3 2021, will also help determine whether the planning application will be lodged to Fingal County Council (as a Part 8) or to An Bord Pleanala.

Fingal County Council Chief Executive AnnMarie Farrelly said: “We take public consultation seriously and see it as a valuable and important opportunity to understand the needs of people and the environment they live in.

“The Royal Canal Urban Greenway has the potential to promote connectivity between a number of growing communities in Dublin 15, improving their connection to the wider Dublin area. Throughout the course of this consultation the project team has reached out to the public using webinars, online resources, social media and the press and we believe the very high number of submissions demonstrates that this process works well. While Covid-19 does not allow us to meet large groups in person we remain committed to providing meaningful consultation through technology.”

The Royal Canal Urban Greenway is a proposed pedestrian and cycle route along the Royal Canal tow path. The route will operate from Castleknock travelling through Blanchardstown, Coolmine, Clonsilla and Hansfield to the Fingal County boundary with Kildare. This landmark scheme will deliver a nationally important piece of greenway infrastructure and is being delivered by Fingal County Council in conjunction with the National Transport Authority and Waterways Ireland. You can learn more about the project here: https://www.fingal.ie/royalcanalurbangreenway