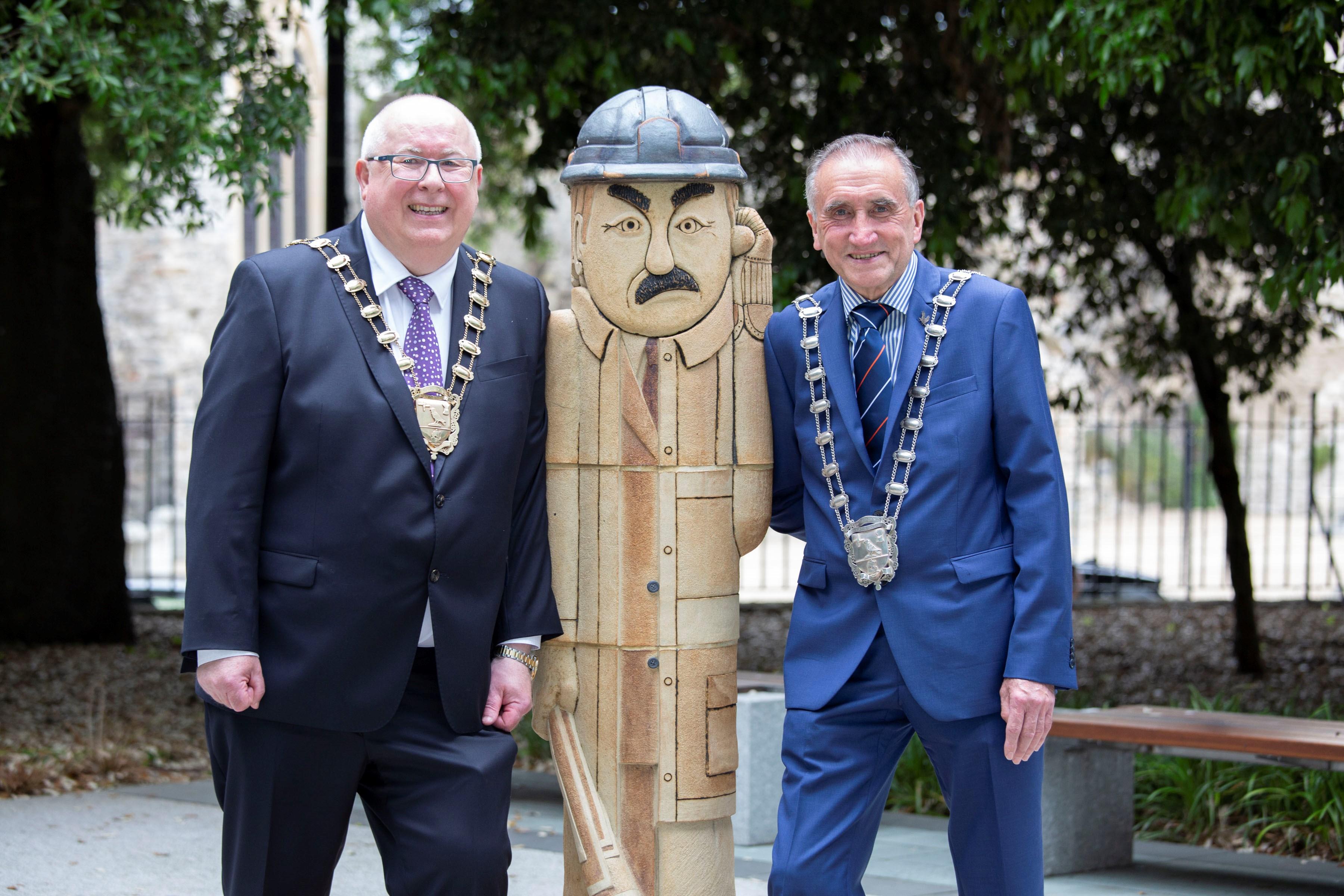 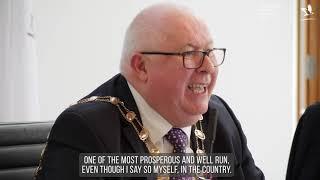 Councillor Howard Mahony (Fianna Fáil) has been elected as the 17th Mayor of Fingal at the annual meeting of Fingal County Council which was held today in County Hall, Swords.

Cllr Mahony - who represents the Castleknock Local Electoral Area - succeeds Cllr Seána Ó Rodaigh (Labour) who handed over the chain of office this afternoon. He was unopposed in the election for Mayor.

Joining as a councillor in 2016, Cllr Mahony spent over 30 years serving in An Garda Síochána where he was a Detective. He has a strong interest in community issues.

Cllr Boland was also unopposed in the election for Deputy Mayor. He represents the Rush-Lusk Local Electoral Area and succeeds Cllr Daniel Whooley (Green Party). He has a long history in local government and brings a wealth of experience to the role. A member of the first Fingal County Council in 1994, Cllr Boland was previously Cathaoirleach in 1998 and 2001, as well as serving as Fingal’s Deputy Cathaoirleach in 1997.

Tributes were paid to the outgoing Mayor, Cllr Ó Rodaigh by fellow councillors who thanked her for her commitment to championing initiatives to the benefit all of Fingal and her dedication to delivering programmes to support mental health, youth and issues impacting women. AnnMarie Farrelly, Fingal County Council’s Chief Executive also presented Cllr Ó Rodaigh with a Commemorative Medal and a Photograph Album recording her year in office.

Cllr Ó Rodaigh thanked Cllr Whooley for his enthusiastic support as Deputy Mayor throughout the year and thanked her colleagues on the Council for the generous support they have given during this time. She was particularly heartened by the decency and kindness fellow councillors had displayed and said that this only strengthened her belief that elected members can make a real difference to those they serve.