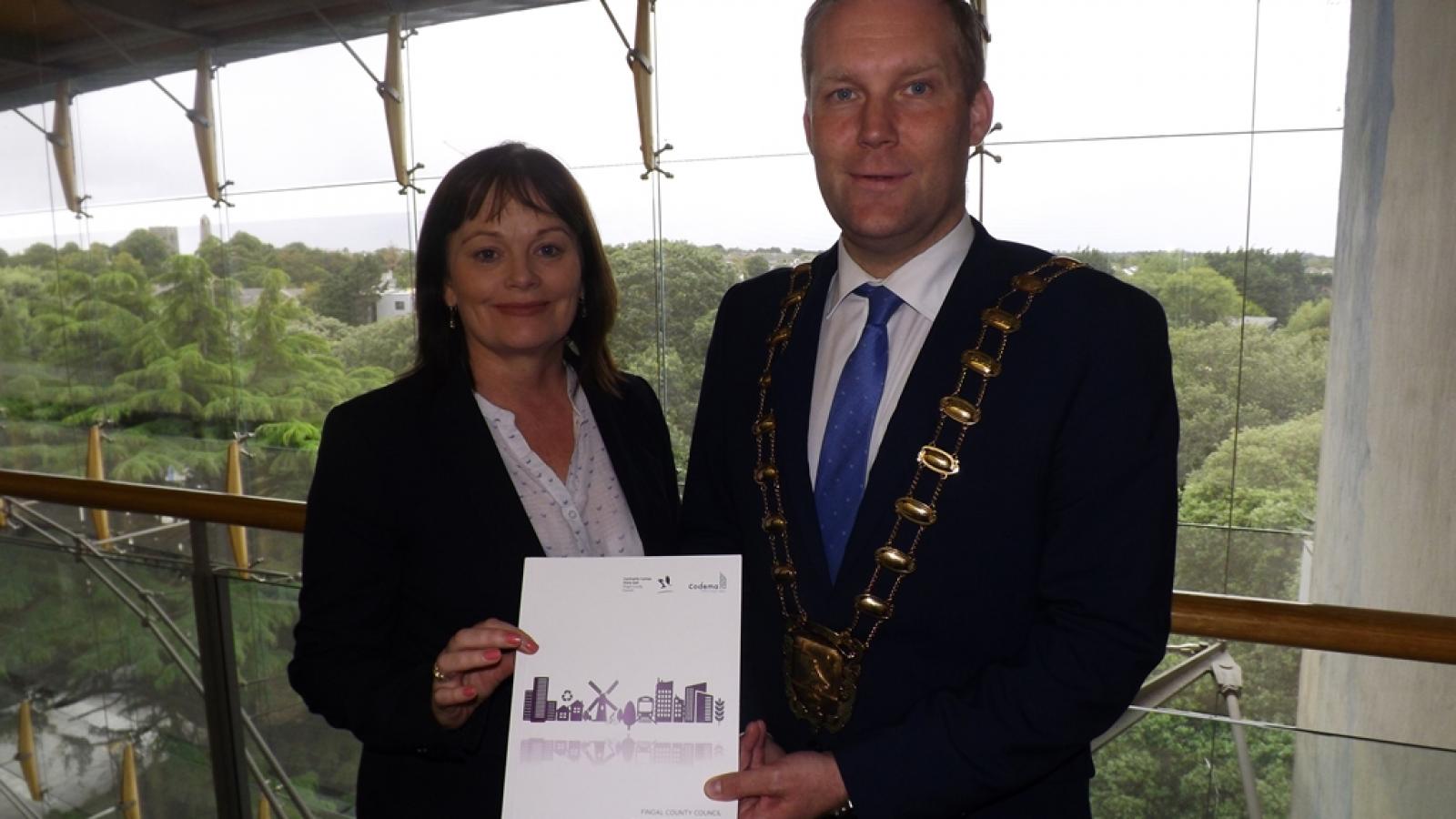 Following an extensive six-week public consultation process in February/March of this year, almost 170 people attended four events across Fingal and over 120 submissions were received.

The Plan was adopted by the Elected members in May.

Speaking at the launch, Mayor of Fingal, Cllr Eoghan O’Brien, said: “I am delighted to launch the Climate Change Action Plan which sets out a range of actions and measures which will help to make Fingal climate resilient. Fingal County Council will set out to actively inform and engage the public, through a range of innovative programmes and partnerships and, where possible, facilitate bottom-up, community-led solutions."

I am delighted to launch the Climate Change Action Plan which sets out a range of actions and measures which will help to make Fingal climate resilient.

Interim Chief Executive of Fingal County Council, AnnMarie Farrelly, said: “Climate Change is one of the most pressing challenges facing local governments today. Fingal County Council is committed to continued climate action, across the key areas of adaptation, mitigation and public engagement. The Council will continue to work with key stakeholders to influence and support carbon reduction initiatives across the County.”

The actions in the Plan will be regularly monitored and updated by a dedicated Climate Action Team, working in conjunction with all Council Departments.