The Mayor of Fingal, Councillor Seána Ó Rodaigh, the Minister of State at the Department of Rural and Community Development, Minister Joe O’Brien and the Chairs of the three Area Committees officially launched free outdoor Public Wi-Fi hotspots in towns and villages across Fingal today. 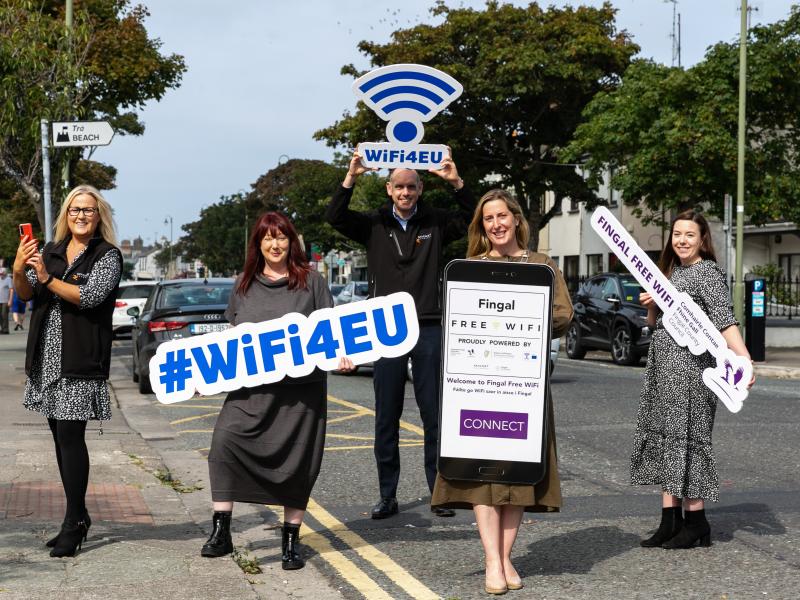 A total of 47 Wi-Fi access points have been installed in 18 locations throughout Fingal. There are seven live access points in Swords, with five in Malahide, Howth and Skerries and four in Rush.

A series of launches took place across the county today to mark the start of the Free Wi-Fi scheme in the county.

Minister O’Brien and Cllr. Tony Murphy, Chair of the Balbriggan / Rush-Lusk / Swords Area Committee launched the free Wi-Fi for Swords, Donabate and Portrane at an event in Swords Castle. 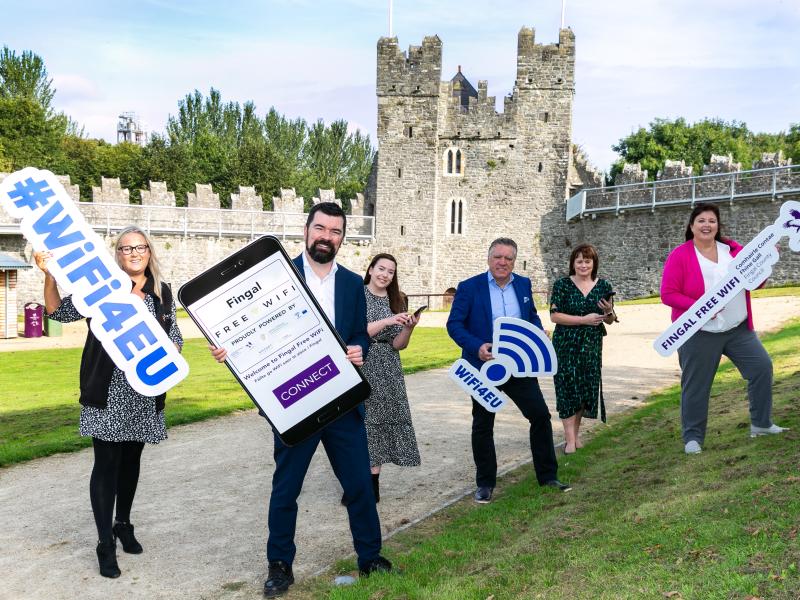 Finally, the Mayor of Fingal, Cllr Ó Rodaigh, launched the Wi-Fi for Skerries, Lusk, Rush, Garristown and the Naul at an event on Strand Street, Skerries.

The initiative is supported by the WIFI4EU voucher scheme which aims to provide high-quality internet access across the EU to citizens and visitors via free of charge Wi-Fi hotspots in public spaces such as town and village centres, parks and civic spaces. Magnet Networks were awarded the contract to install the access points in Fingal.

The Mayor of Fingal, Cllr Ó Rodaigh, said: “I am delighted, along with the Minister and Chairs of the three Area Committees, to launch the free outdoor public Wi-Fi in Fingal today. It was wonderful to see how many local businesses supported this initiative to give our towns and villages free public Wi-Fi.”

The live access points are mounted on the outside of participating businesses premises and each has a range of 150m outside but will not extend inside the business premises or interfere with the businesses’ own broadband. 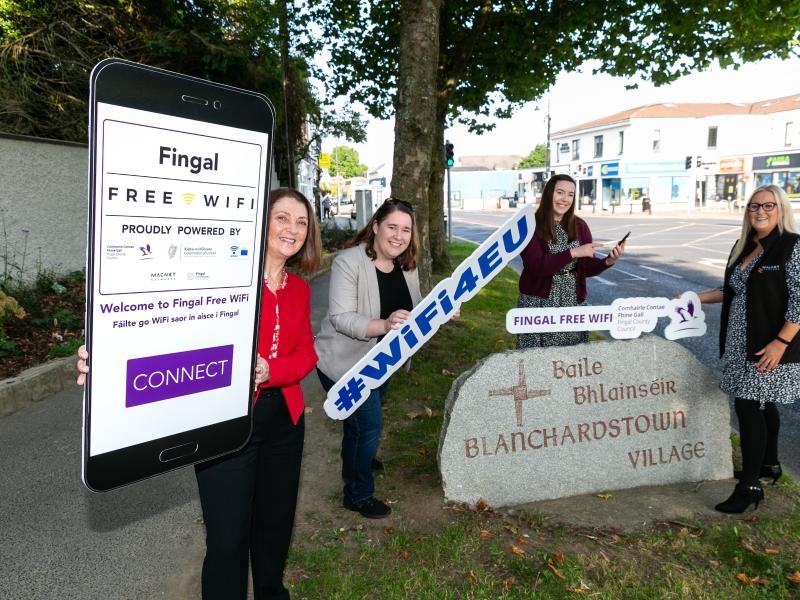 Minister O’Brien said: “It is great to see this free service go live in Fingal. Public Wi-Fi means no mobile data fees for accessing the internet or using the apps that we all rely on. I want to commend Fingal County Council for their excellent work during a very challenging time, this is a forward looking and genuinely helpful project that many of us in the area will benefit from.”

Chief Executive AnnMarie Farrelly said: “This initiative forms part of the Council’s Digital Strategy which aims to make Fingal the place of choice to live, work, visit and do business in Ireland. Having access to free public Wi-Fi is a huge asset to our residents, visitors and businesses and shows Fingal as the progressive and digitally inclusive area it is.”

Fingal County Council’s Digital Strategy Manager, Aishling Hyland, said: “This project is funded through the EU and Department of Rural and Community Development, to promote access to Wi-Fi connectivity in public spaces in municipalities throughout Europe. Fingal County Council also provide budget support for operational costs of the Wi-Fi rollout installation and going forward. We are delighted today to launch the rollout of this free WIFI4EU network to Fingal towns and villages. I would like to commend the local business community for facilitating the rollout of public Wi-Fi access points on their premises, without their support this initiative wouldn’t be possible.”

View full details of the scheme and locations here 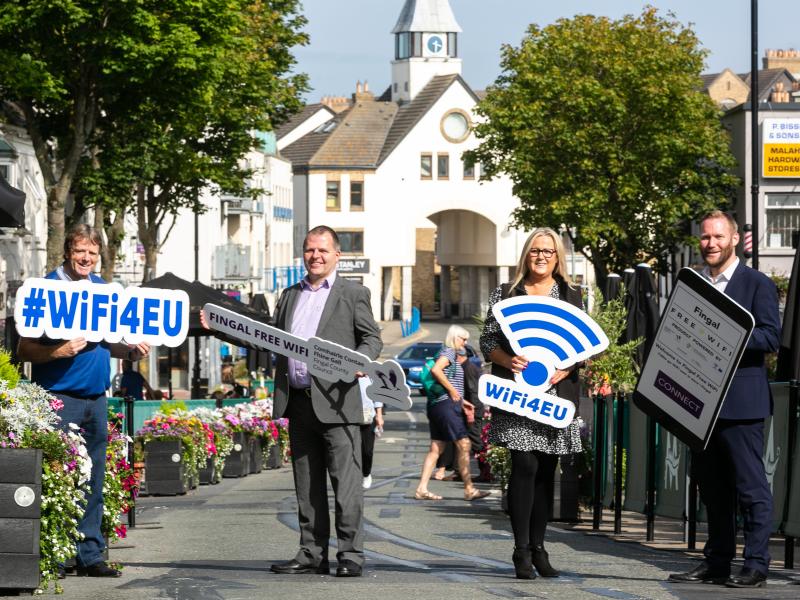