Fingal County Council has completed a new social housing scheme at Holymount, just off the Rathbeale Road, in Swords with tenants expected to move into their new homes shortly. 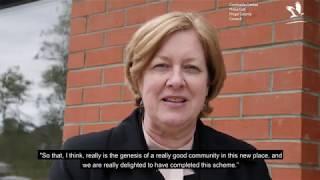 The development of 24 properties, which features a mix of apartments and two, three and four-bedroom houses, has been handed over to the Council after being completed by contractors Cunningham Contracts Limited.

The development has been brought to a successful conclusion despite the site being one of six social housing developments across Fingal which saw work temporarily halted due to the COVID-19 situation.

Mayor of Fingal, Cllr Eoghan O’Brien said: “The quality of Holymount is a testament to the Council and the work that’s been put in, both by our own staff and by the contractors involved. This development really is a flagship in terms of what can be achieved by our in-house departments.”

“I’ve visited sites across Fingal, and there is a mix of units, developments, and areas, that reflects what Fingal County Council is trying to do – to tailor what we’re delivering to the needs of those on our social housing lists.”

After the site was subsequently allowed to reopen following approval from the Department of Housing, Planning and Local Government, the Council worked closely with the contractors to ensure safe working standards were adhered to, and this approach allowed the project to be completed.

Chief Executive of Fingal County Council AnnMarie Farrelly said: “The completion of the Holymount scheme aligns with the completion of the upgrade works on the Rathbeale Road, which provides pedestrian and cycle routes into Swords, but also to local schools in the area, and to our Library closer to Swords town.”

“The families moving into Holymount will be part of the future of Swords, which will include the Swords Cultural Quarter and the planned population growth and development of the town.”

Fingal County Council Director of Housing and Community Margaret Geraghty said: “This development is the 16th development to be completed out of 29 social housing projects across Fingal.”

“We have worked together with the residents who will move into these new homes, to make sure that the apartment meets their needs. We’re really looking forward to welcoming the new tenants and new families that will move into Holymount in the coming weeks.”

Fingal County Council’s Architects Department designed Holymount to feature a mix of accommodation type and to take into the unique characteristics of the sloping site on the edge of Swords. Two apartments have been purpose-built to accommodate the particular needs of their future residents, and other houses have been constructed with similar requirements in mind.

Fingal County Council County Architect Fionnuala May said: “Holymount was designed in-house by Fingal County Council architects, and it was brought through the planning process with the unanimous support of our Councillors and the input of our colleagues in the Planning and Strategic Infrastructure Department.”

“This development, I think, will be the foundation of a genuine community in this new area, and we are delighted to have completed this scheme.”

All units are energy efficient and have achieved Near Zero Energy Buildings (NZEB) standard, or A2 BER rating, which took into account the Council’s concern for sustainability and climate action, and will also facilitate lower energy bills for tenants.

The Holymount development was funded through the Department of Housing, Planning and Local Government under Rebuilding Ireland. 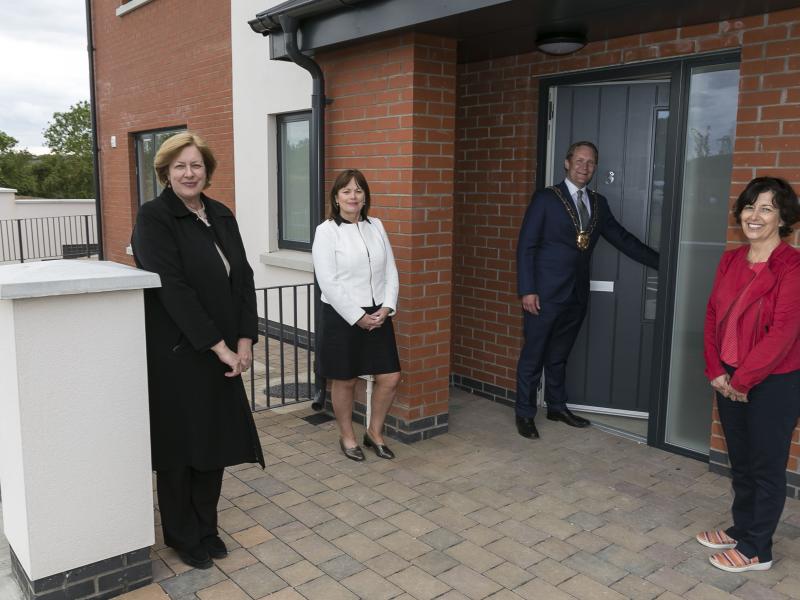