Fingal to Commemorate life and legacy of Frank Lawless

The life and legacy of Frank Lawless will be commemorated by Fingal County Council as part of their Commemorations Programme with an exhibition and Commemorative film Peace to the Ashes. 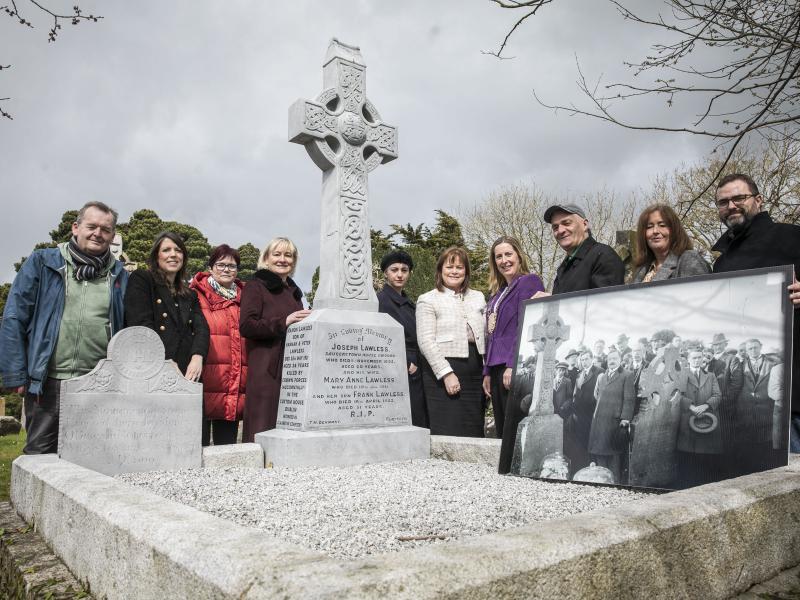 The funeral of Frank Lawless in Rolestown Cemetary on April 18,1922 was one of the last occasions at which Michael Collins, Eamonn De Valera, Arthur Griffith and many who later fought on opposite side during the Civil War would stand together.  This iconic moment and the life and legacy of Frank Lawless will be commemorated by Fingal County Council as part of their Commemorations Programme with an exhibition and Commemorative film Peace to the Ashes.

Frank Lawless was born in October 1870 to Joseph and Mary Anne Lawless in Saucerstown, Swords. He was the driving force of republican activity in Fingal taking part in the 1916 Rising as Quartermaster of the Fingal Volunteers.  He spent much of the years between 1916 and 1921 in prison and was elected as MP for Dublin County in the 1918 election while incarcerated, taking his seat in Dáil Éireann when released. He was present for the pivotal Treaty debates and voted in favour of the settlement, before being tragically killed in an accident outside Swords in April 1922.  This extraordinary life will be brought to life in the fully bilingual exhibition which will illustrate his importance to the revolution in Fingal and his presence on the national stage at a turning point in Irish history.

Broadcaster and filmmaker Donal Dineen was struck by a powerful photograph that emerged from the research on the funeral’s significance carried out by our Libraries department which extends not only to Fingal but to Ireland where we see among the mourners Arthur Griffith beneath the large Celtic cross marking the Lawless family plot. He uses this as a starting point to his collaborative commemorative film titled – Peace to the Ashes a work commissioned by Fingal County Council Arts Office. Filmed almost exclusively within the walls of the Rolestown Cemetery, this new work is a poetic meditation on the passage of a centuries’ worth of time since that moment was frozen forever on photographic film and imprinted into both the history books and the consciousness of a nation. This reflective piece on how forces beyond our control can often determine the way legacies are formed is built around a series of vignettes which render the quiet drama of cemetery time passing in beautiful stop-motion shadow-play. 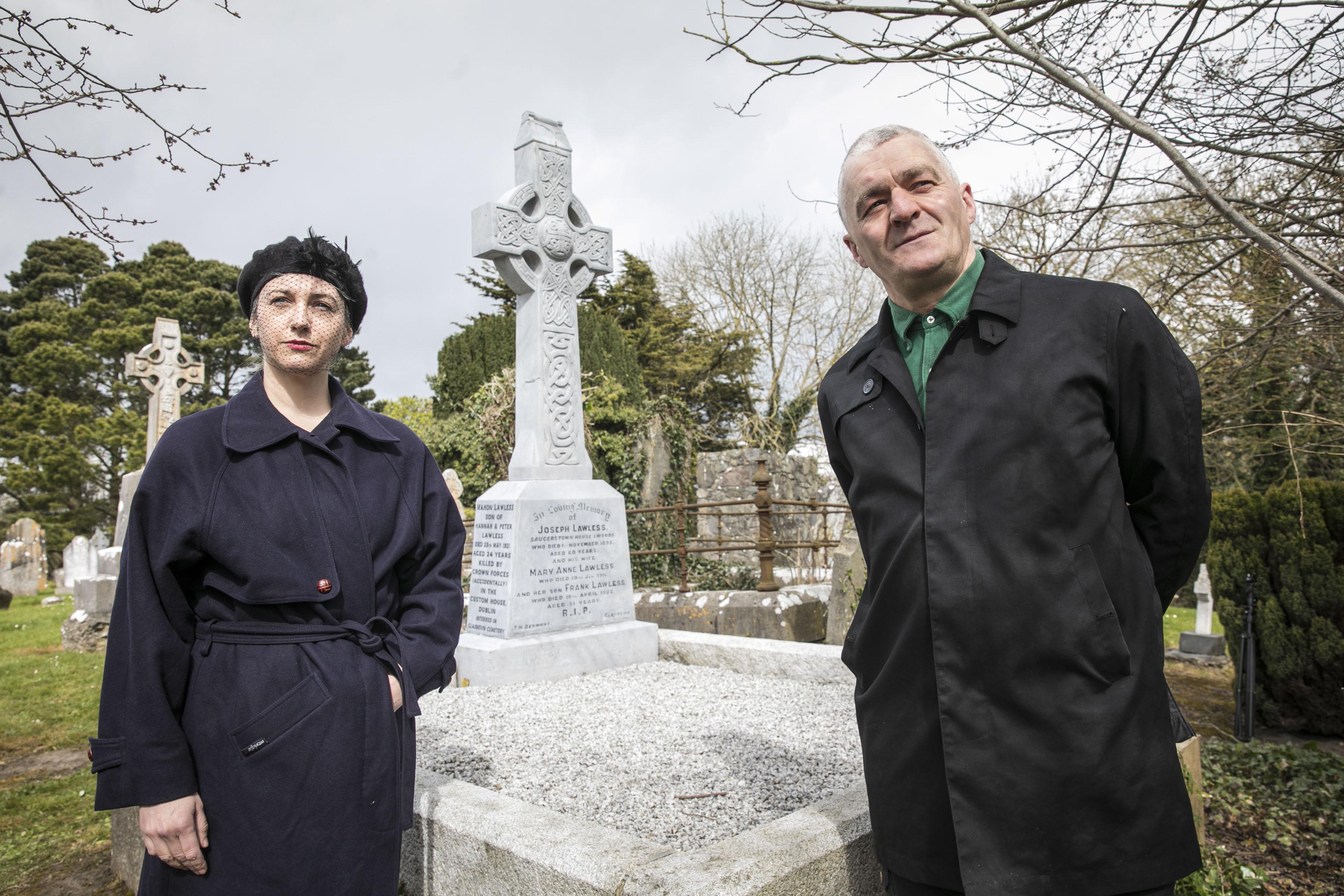 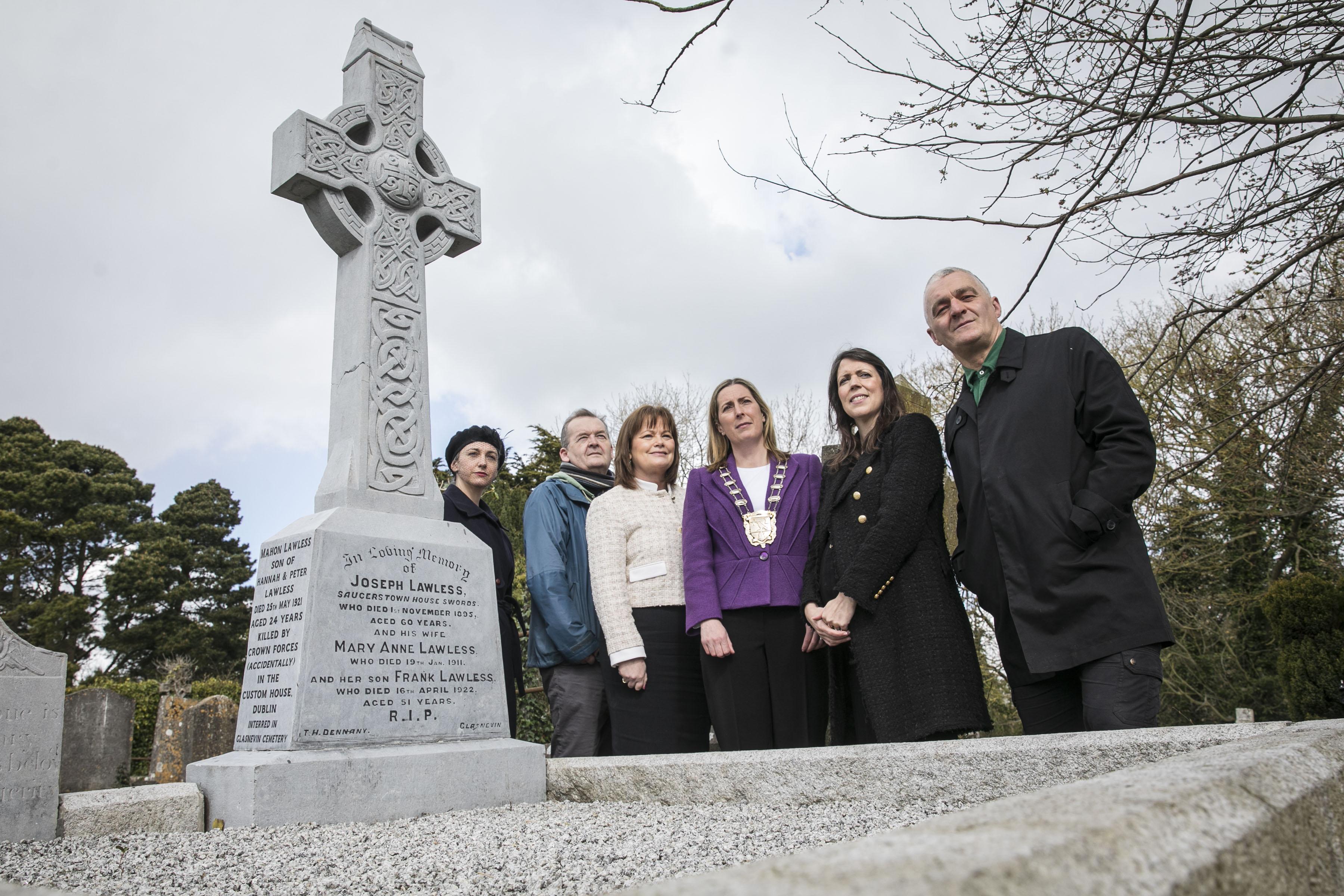 Speaking about the commemoration Mayor of Fingal Cllr Seána Ó Rodaigh said “Frank Lawless was a very important figure in the cultural and political life of Fingal 100 years ago and this exhibition and commemorative film will help bring a new insight into his life and a greater understanding of his lasting legacy.”

AnnMarie Farrelly Chief Executive of Fingal County Council said: “Fingal County Council is committed to supporting the unique cultural Heritage of Fingal and since its inception in 2016 the Commemorations Programme has reawakened an interest in and an appreciation for those who have shaped our country in its early years.  I commend our Arts and Libraries team for putting together this imaginative exhibition and commemorative film commission which combine to create a fitting and lasting commemoration of Frank Lawless.”

Dineen describes his film as both a study of a moment of great historical significance and a homage to the place in which it occurred, saying “As well as capturing the splendour of the wider north county Dublin landscape, the beauty hidden in the detail within the circular walls of the cemetery at Rolestown is sought out and laid bare to a soundtrack of a Sean-nós lament sung by Eithne Ní Catháin. Her haunting version of An Draihneán Donn acts as an invocation as well as a spirit guide through the thin veil separating the past from the present and the living from the dead”.

County Arts Officer Rory O’Byrne described how the arts play an important role in animating the stories of the past for the present, continuing: “The combination of storytelling and music as a defining characteristic of North County Dublin continue to be powerful mediums to mark our connections to the passage of time with reverence and respect”

The exhibition and film will be available to view in the Atrium in Fingal County Council Offices Swords from April 25th as well as online on Fingal.ie and on the Council’s Social media channels. 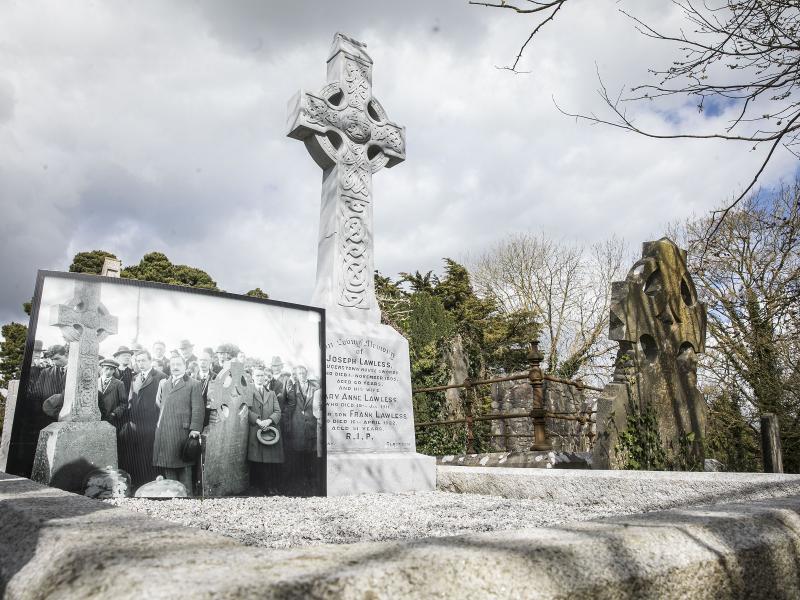