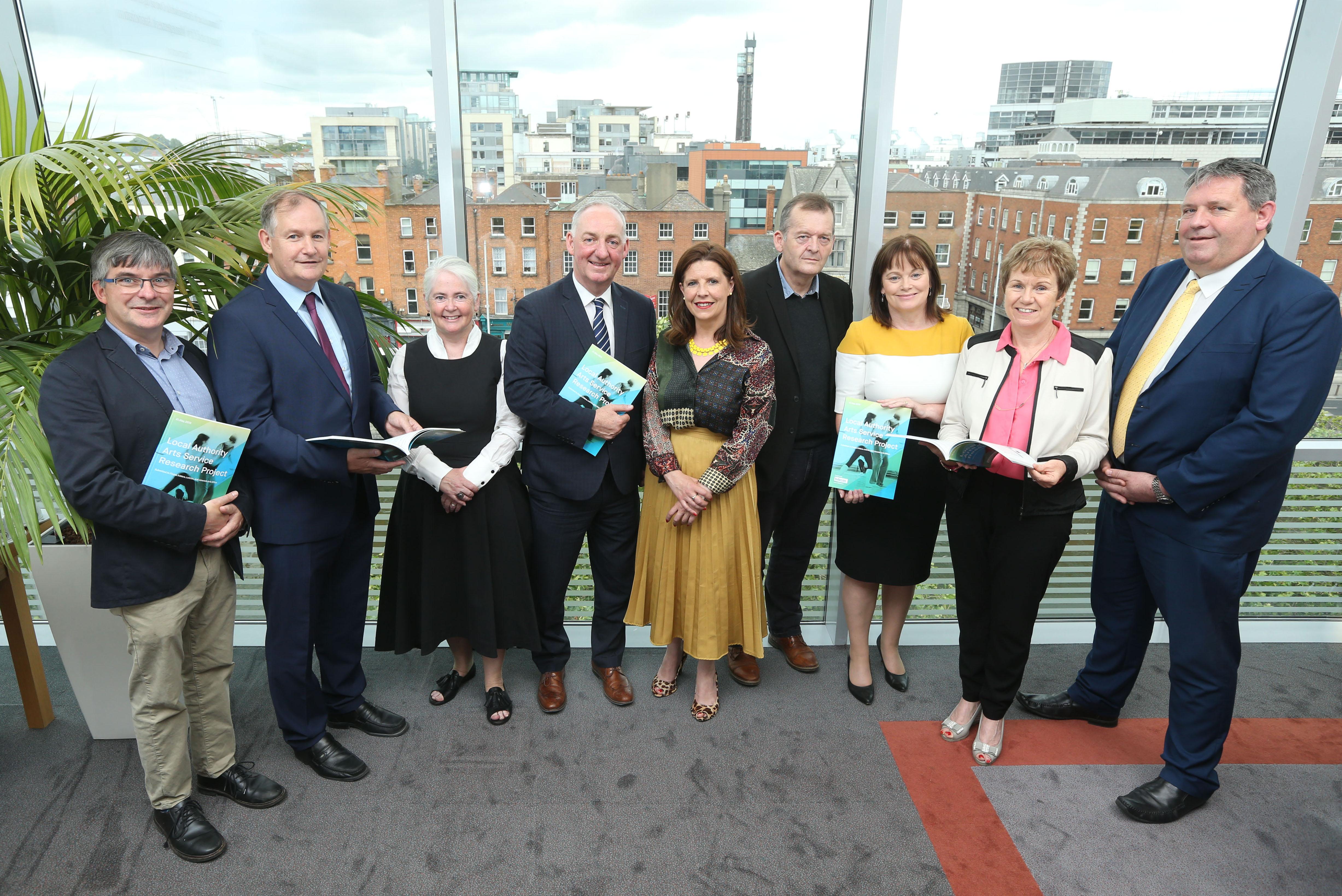 A new report developed by Fingal Arts Office, along with three other arts offices, outlines the value and impact of local authority arts programmes and advises on what the sector can achieve and the measures required to support further success.  The particular focus of the Fingal element of the study was on what can be achieved in the area of young people and the arts.

The report was launched this week by Jackie Maguire, Chair of the County and City Management Association (CCMA) and Chief Executive of Meath County Council at an event attended by Rory O’Byrne Fingal Arts Officer and AnnMarie Farrelly, Interim Chief Executive Fingal County Council. Indecon Consulting compiled the report, developed as part of the Arts Council funded ‘Invitation to Collaboration’ programme by the arts offices of Fingal, Kildare, Leitrim and Limerick local authorities.

Since the first Arts Office was established in 1985, local authorities have grown to become the most significant network of agents for arts development in Ireland today, with a vast knowledge base and depth of experience and expertise. Working within the local authority structure provides unique opportunities to develop diverse projects and programmes, often in partnership with agencies or groups within the community, which makes the work intensely relevant and rooted into the fabric of a wider perspective of integrated social, cultural and economic development.  However, the diversity of approaches and the interdisciplinary nature of the work often results in the function and scope of the arts office itself being harder to define and obscured as a result.

In commissioning this report, the four local authorities set out to sharpen that focus, not on the work of the arts office as a whole, or the entire local authority or arts sector, but to concentrate on a small number of projects to contribute to a better understanding of what can be achieved and what is required to make that happen. The four case studies focus on long-term strategies in areas such as arts and health (Kildare) young people and the arts (Fingal) supporting artists professional development (Leitrim) and enabling international development and perspectives (Limerick). These case studies represent only a fraction of the work carried out in each of the four areas, and each of the 31 local authority arts offices throughout Ireland implement similar exemplars. Exceptional work that impacts locally is also undertaken by other agencies and organizations, many of whom are funded by the local authority and/or The Arts Council.

Sinead O’Reilly, Head of Local Arts at The Art Council, highlighted the value of the 30-year strategic partnership between the Arts Council and local authorities nationwide and how the partnership between the Arts Council and the County and City Management Association has evolved into a ten year commitment called the Framework for Collaboration (2016 – 2025) enabling new approaches for both organisations to work together. She added that the report concurred with that vision and the broad goals of what can be achieved together over the coming years.

The four Arts Officers who commissioned the work Rory O’Byrne, Sheila Deegan, Philip Delamere, and Lucina Russell, welcomed the opportunity to gain a comprehensive insight and learning from each other’s approach and experience, particularly as it relates to the four case study areas, and also to the methodologies developed to mitigate the different challenges that each experience. They thanked Indecon and Prof. John O’Hagan for their commitment and guidance in helping them get to this point, and thanked the Arts Council who co-funded the report.

Among the recommendations in the report is the need for further research to be carried out into the impact of arts development programmes undertaken by local authorities. Since the report was commissioned a number of pilot social impact studies have commenced as part of the Arts Council/LGMA Framework for Collaboration. The report also points to the critical shortage of resources. When starting this project, the first multi-annual Framework Agreements between the Arts Council and individual Local Authorities were being developed. Now, almost all Local Authorities have completed or are in the process of completing these, which all assert shared desired outcomes and a joint intention to incrementally raise investment over the period of the agreements.

The Creative Ireland programme, which is an all-of-Government initiative guided by a vision that every person in Ireland will have the opportunity to realise their full creative potential, has also come to play an increasingly important role at a local level, demonstrating the crucial role of creativity across economic, social and cultural spheres. Key to this has been the direct link between central and local government in the area of arts, culture and creativity, which Creative Ireland has engendered, providing valuable learning to how culture and creativity can be supported and developed by local authorities working with central government.

Launching the report, Jackie Maguire thanked The Arts Council for their continued partnership and support and welcomed the commitment by government as part of Project Ireland 2040 to double spending on arts, culture and heritage over the next seven years. She commended the four local authorities on the report and noted the invaluable arts development work carried out by each local authority and how that work enriches the lives of all our citizens.