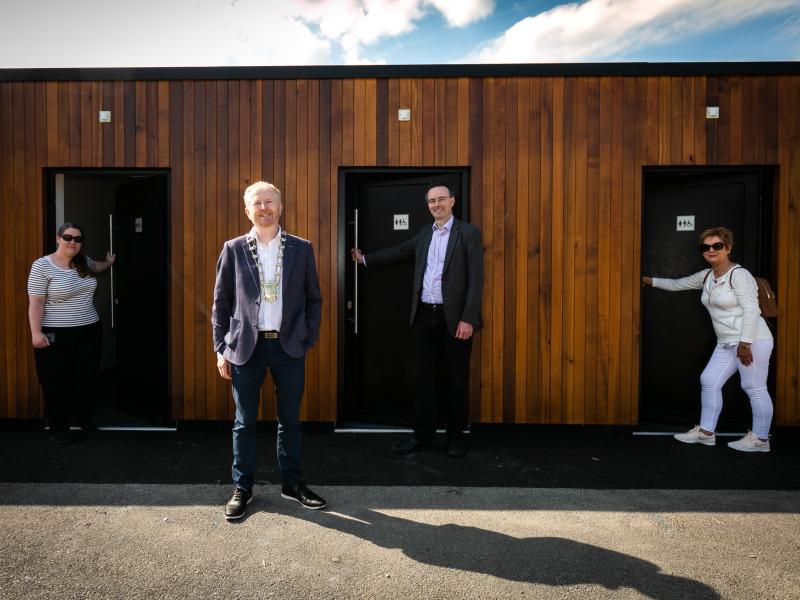 Fingal County Council has commenced a  programme of public toilet improvements in four regional parks and the Mayor of Fingal, Cllr David Healy, recently opened the first at Millennium Park Playground in Blanchardstown.

Newbridge, Ardgillan and Santry Demesnes are also to benefit from the installation of new bespoke toilets blocks which incorporate new design features and are excellent examples of sustainable construction.

The new toilet buildings are designed differently from previous installations. Instead of separate ladies and gents’ rooms, the new buildings incorporate five direct entry unisex toilets with full disability and baby changing specifications in each toilet.

A  ‘Changing Places’ toilet is a purpose-built toilet facility which gives disabled people and assistants more space and the right equipment to take care of personal hygiene, in safety and comfort. The Changing Places toilet goes beyond a conventional wheelchair-accessible toilet in that it includes additional assistive technology such as a hoist, height adjustable adult-sized changing bench, and a peninsular toilet which is a toilet that has enough space on both sides for assistants.

After performing the official opening of the new toilet block in Millennium Park, the Mayor of Fingal, Cllr David Healy, said: “The provision of these new toilet blocks in four of our regional parks represents a major step forward for Fingal County Council in terms of the improvement in the facilities being offered and the sustainability of the bespoke construction. I am delighted that we have started this journey and I look forward to seeing these types of toilet blocks becoming the norm across the county in the years ahead.”

The toilet buildings, which were built by Lidan Designs, are all ‘A Rated’ and extremely energy efficient and with a Passive Level Air Tightness. They represent one of the best examples of sustainable construction being timber frame and including insulation of wood fibre and cellulose. They have one of the lowest Embodied Carbon numbers ever for any construction in Ireland having been fully constructed offsite and installed complete on-site in a matter of days.

Unfortunately, shortly after being opened at a cost of €169,415, the toilets at Millennium Park were vandalised with baby changing units and handrails pulled off the walls and rubber casing removed from the door frames.

The Chief Executive of Fingal County Council, AnnMarie Farrelly, said the Council were extremely disappointed at what had happened.

“The toilet block in Millennium Park was constructed to provide toilet facilities for those members of the community in Dublin 15 using the park and its fabulous playground. The toilets have been designed so that they can be used by everybody, including the disabled, and to discover that within days of their opening that they have been vandalised is a huge disappointment. Ultimately it is local people who will be affected by toilets having to be closed while they are being repaired.

“I would appeal to anybody who has information on what happened to contact the Gardaí in Blanchardstown and I would also urge those who thought it was good idea in the first place to damage the toilets to think twice before they embark on such a venture again because the only people who will be affected will be the local community.”

The other three toilets in Newbridge, Ardgillan and Santry are due to be installed in the coming weeks with the overall cost for the programme being €687,650. 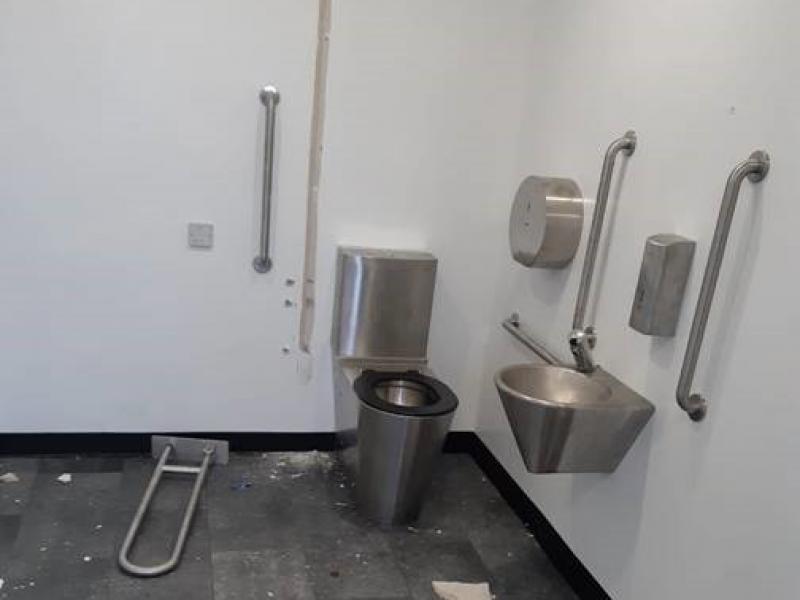